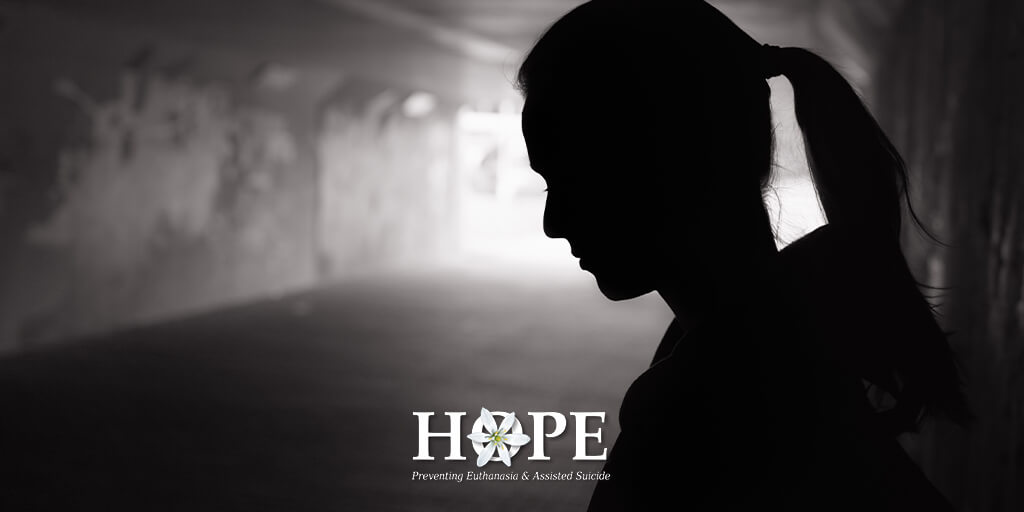 She was suffering from complex post-traumatic stress disorder (CPTSS) and feeling suicidal.

Manon said that she had seen “umpteen” psychiatrists in an attempt to treat her, but nothing had worked.  She approached a new psychiatrist, hopeful that he might be able to heal her.

Manon told Zwolle News that she approached the doctor with courage and hope, but that after just a brief conversation in her very first consultation, the doctor said:

“How about euthanasia? … I can write a referral for you like this; you qualify.”

“I was taken by surprise.  Angry.  I could not believe my ears.  I came to this man for help.  I was up, suicidal, but wanted help that I had never actually received; namely that for the core of my deepest pain and sorrow: the trauma, the CPTSS.  My faith in myself was gone, but I wanted that back!

“Yes, I am broken, but I want to become whole again. I ask for help to heal, not death!”

Manon’s story demonstrates the changes to cultures that accept euthanasia as a part of life.  Doctors can forget that their primary duty is to heal patients.  Death is seen as the easiest “treatment” option, even for those with suicidal tendencies.

A recent study found that 96 per cent of Canadians who received euthanasia reported psychological suffering, but only 6.2 per cent of those received psychiatric consultations.The same study also found that despite the fact that 85 per cent of euthanasia patients lived in private homes before they died, only 15 per cent of them were receiving palliative care home services.

It seems that both psychological and palliative care are at risk in societies which make a lethal injection just another medical procedure.  The only way to safeguard vulnerable patients is for the society to not go down that path in the first place.