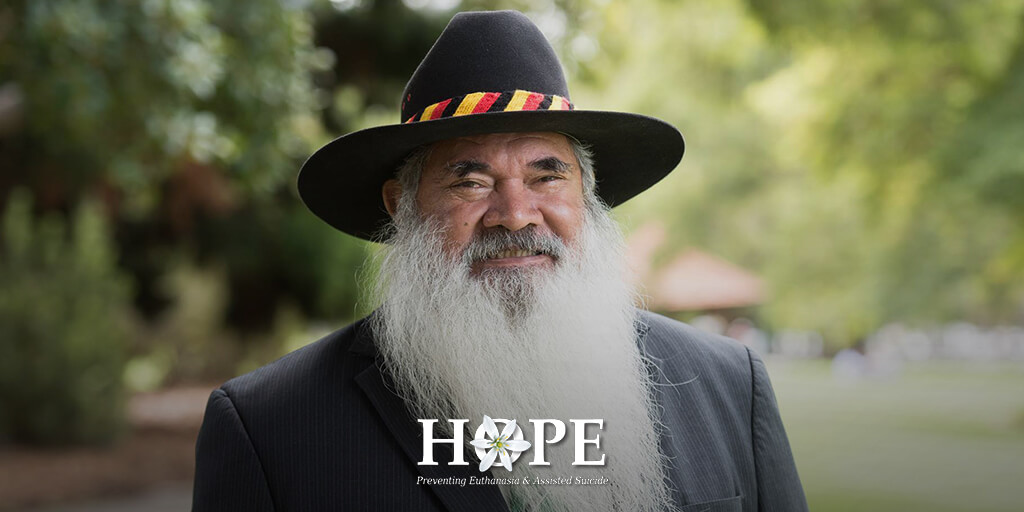 Indigenous Members of Parliament, elders and faith leaders have called for the voices of Indigenous Australians to be heard in the debate over euthanasia and assisted suicide laws.

The Australian has reported that Senator Pat Dodson from Western Australia, where euthanasia and assisted suicide laws are currently being debated, has said that Indigenous communities and health services need to be extensively consulted because “it is First Nations people who are at higher risk of being in a situation where assisted dying may take place”.

“Where I come from it is our belief in our traditional culture that if a person receives assistance in passing on, their spirit will be trapped. We believe that when it is your time, it is your time.”

Her comments were echoed by Aunty Rose Elu, an elder in the Torres Strait Islander community in Brisbane, said that their faith said that the time for someone to depart was in God’s hands, not anyone else’s.

Concerns of the effect of legalising assisted suicide when on soaring Indigenous suicide rates were raised by Archbishops Mark Coleridge and Phillip Aspinall, who suggested that the laws would send mixed messages about the value of life.

Bishop Keith Joseph, Anglican bishop of North Queensland, spoke of how an assisted suicide law could make Indigenous Australians who are already reluctant to access health institutions because they are where people go to die, even more hesitant to seek medical care:

“If it is known that is also a place where people are killed — and you might be talking about a hospital or a clinic where euthanasia is practised — then that mistrust is going to be further ­enhanced, and more so for a community practitioner out in the bush. If he or she is in a community that already has reservations about healthcare, is largely ­opposed to euthanasia, and that person is carrying out voluntary assisted dying, then how is that going to possibly help their status and ability to work in the community?”

Governments should be working towards removing barriers for Indigenous Australians to access health care, not creating them, particularly in regional and remote areas of the country where care is already extremely limited.

Indigenous Australians deserve a significant investment in health care and availability, and an anti-suicide message that is not undermined by a pro-suicide law.