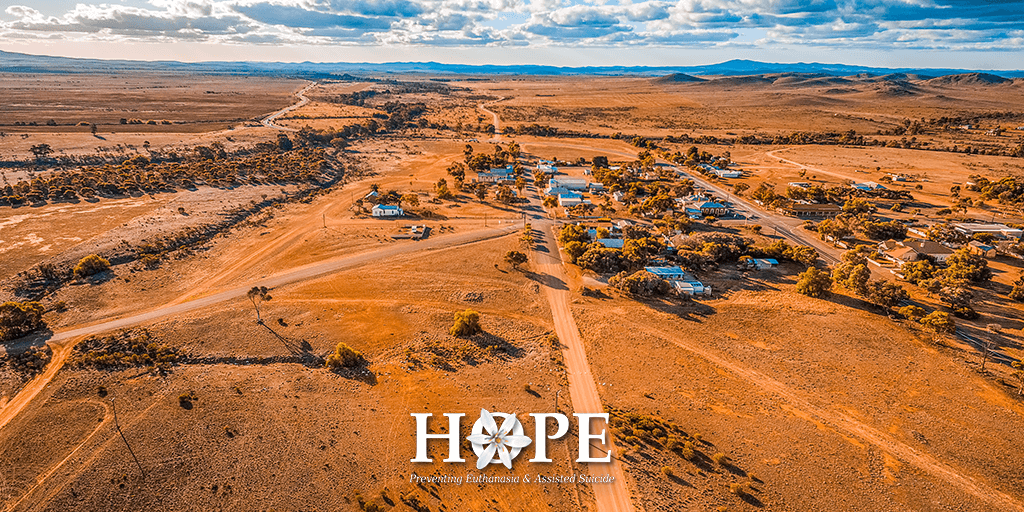 Recent reports on record levels of suicides amongst Indigenous Australians have brought into focus the seriousness of comments made by euthanasia activists in Western Australia about how to deal with the lack of health care in remote, largely Indigenous, communities in that state.

The WA Joint Select Committee into End of Life Choices (Committee) Report cites the submission from Dying With Dignity WA (DWDWA).  In its submission, cited by the Committee, DWDWA states:

Western Australia, a truly vast State with a population highly centralised in a few locations, most especially Perth, has particular needs and difficulties that are not the same as those in Victoria, or even in NSW, and accordingly special consideration needs to be given to the needs of people living in remote and regional areas, many of whom are indigenous and suffer from various hardships, and in particular the law to be introduced needs to cater for the limited availability of specialist care to such persons. …

Nor should there be a requirement that routinely one of the doctors must have specialist qualifications relating to the condition in question… there may be some cases where that would not be feasible or appropriate. It is to be remembered that in remote areas, access to specialists may be difficult and cause considerable delay; and that some doctors may choose not to assist, for personal ethical or religious reasons. Difficulties of these kinds beset the operation of the Northern Territory Act.

This was backed up by their oral evidence before the Committee, where a representative of DWDWA said:

Then, finally, we just note the interesting and difficult questions arising from WA’s size and disparate communities, Aboriginal communities in the north and other areas... what difficulty will patients in remote areas have in getting access to the right people and qualifying? In the Northern Territory, when that act was operative, that was the major practical difficulty that was encountered. It is certainly, among other things, an argument for the involvement of nurse practitioners, as well as doctors.

According to the Committee:

as well as doctors, and to limit any requirement for medical specialist involvement. Dying

with Dignity’s concern that Indigenous Western Australians suffering from ‘various

hold toward the medical profession.

Let that sink in for a moment.  DWDWA’s solution to “address the disparity in healthcare resourcing for rural and remote areas” is to make sure that nurses and non-specialists are also able to provide lethal drugs to patients.

This isn’t exactly the type of ‘closing the gap’ in Indigenous life expectancy that we want to see!  Instead of advocating for non-specialists to administer euthanasia, why don’t these activists first advocate for better access to appropriate care for Australia’s First Peoples?