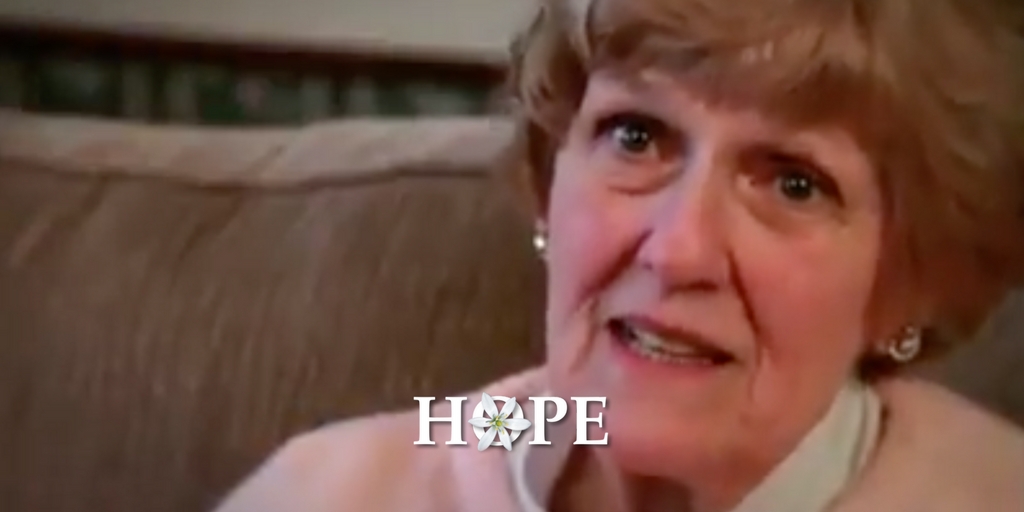 Jeanette Hall is a resident of Oregon. In 1997 she voted for their assisted suicide law.

In 2000 Jeanette was rushed to hospital:

Then, on July 17, 2000, I was rushed by ambulance to the emergency room of Oregon Health & Science University Hospital in Portland, Oregon, with excessive blood loss. I had been seeing a doctor (OHSU colon doctor) and my appointment to see him was at the exact time I was admitted to the ER. The doctors and nurses were trying to stabilize me when my doctor entered the room and prepared to tell me that the biopsy came back (squamous cell carcinoma) and that I had colon cancer. I was soon to learn that it was inoperable and the only way to survive this type of cancer was with chemotherapy and radiation and without it, I was given six months to a year to live.

Life as I knew it seemed to end that week for me. I had fear of losing my job, not being able to care for my mother with dementia, hospital bills, and fearing I would end up just like my aunt. My hope turned into despair, and I prepared to die before the suffering got worse, since I was determined not to have chemo or radiation.

To qualify for access to the Oregon law, a person needs a prognosis of less than six months to live. In Victoria and New South Wales, the proposal is for 12 months. In every case, as Jeanette points out, the qualification (the prognosis) is arrived at in the absence of having treatment. As her Oncologist, Dr Kenneth Stevens recently told me:

Dr Stevens did not think that assisted suicide was the answer as Jeanette explains:

Instead, he encouraged me to not give up and ultimately I decided to fight the cancer. I had both chemotherapy and radiation. I am so happy to be alive!

…If Stevens had believed in assisted suicide, I would be dead. I thank him and all my doctors for helping me choose “life with dignity.”

Assisted suicide should not be legal.

But what if Stevens had thought otherwise?