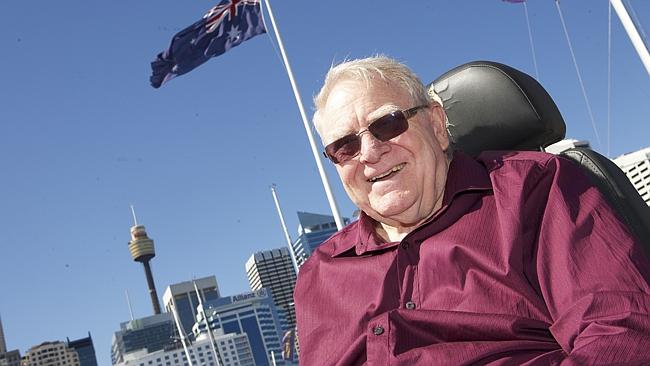 I think the aspect of the assisted suicide debate that I find most troubling is the inequity involved - the way people who are not perceived as having a disability but who attempt or even talk about committing suicide are universally encouraged to not end their lives. With calls for all sorts of funding for programs to support people to see that suicide is not the way to go: that there's always a way to resolve your fears and problems that doesn't involve death.

Time and again we hear of the devastating effects of suicide on the loved ones who are left behind.

But if you have a disability people advocate that you should have the choice to commit suicide, and even have the right to have a doctor assist you.

It seems that if you have an obvious and severe disability that you must be "suffering unbearably", and should have the right to end your life.

And it's often pointed out how burdensome someone with a disability is to their carer or other family members. And how their death is a relief to all concerned. "They are in a better place now."

To be fair, mostly this discussion, but certainly not all, is around end of life issues where people are deemed to be in acute and ongoing pain. I have great sympathy for these people - I doubt that anyone wants to see another person suffer in great pain, particularly when they may have only a few days or weeks to live, regardless of any medical intervention.

And I doubt that there are very many people who would deny a person pain relief even if such pain relief shortened life by a few hours, days or even weeks, as long as it was the mildest, least lethal pain relief available that was also effective.

I can understand people who state that they don't want a prolonged and or painful death, both for their own sake and for that of their loved ones who will witness their slow demise.

I can understand that healthy people will state that they want to end their lives on their own terms.

I can understand that healthy, non-disabled people look at people with disability with fear and think or even say, "I couldn't live like that. I'd rather be dead". Of course I understand that - I said just that.

But if we, as a nation, acquiesce to such a desire, we may, nay will, find that we have made a profound change to the way our medical profession interacts with and relates to those whom they treat.

Doctors will find themselves increasingly called upon to end the lives of people who are not dying (not soon, anyway) but people who simply fear the changed circumstances that a deterioration in their condition might bring (such as dependence on others for personal care, incontinence, poor mobility, reduced cognitive capacity, loss of sight or hearing, etc.).

Doctors will find themselves torn between doing whatever they can to heal a person, or at least to slow the progress of a progressive condition, to making an assessment as to when to kill that person because some level in functioning has been reached that someone (maybe the patient, maybe their family, or maybe even the doctor herself) considers unacceptable, and that the person has been or will be left with a sufficiently low "quality of life" that death is preferable to life.

I don't ever want my doctor or my family ever deciding what I can or cannot tolerate - I doubt they would have any idea. I'm sure even I don't know.

You see, I certainly know that I didn't know in 1966 when I stated emphatically that if I had an accident and was left with paraplegia (the effects of which had just been described to me) that I would "rather not survive because no one could live like that".

When in 1970, I had an accident that left me with quadriplegia, I changed my mind.

Luckily for me, I hadn't signed an advanced care directive or I would have died there and then.

And that's why I think advanced care directives are so dangerous. No one knows how they will really feel when disability strikes. No one!

If assisted suicide had been legal in 1970, my family might have decided that my life would not be worth living and the doctors might have been encouraged to exert little effort to revive me.

Or maybe I'd have been actively euthanised.

And I'm certain that that is the path we will head down if assisted suicide and euthanasia is legalised in Australia.

What I want to see instead is a profound change in the way we treat people with disability, including those whose disability is caused by an illness (like, say, diabetes, or lung cancer) - however caused and at whatever age it's acquired.

Well, if we start to allocate the resources needed to allow people who acquire a disability to live full lives that are worth living (the NDIS is a start but doesn't cover people over 64 years) maybe people will start to see that their fears of dependence, embarrassment, being a burden, isolation, etc., are ill founded.

People will, hopefully, still see the that dependence, incontinence, etc., may occur to them, but also see that they will be supported to live with it and that doing so is "normal", and doesn't mean a low quality of life.

If we start to portray people living with severe disability who are also living full, productive lives as being "normal" and not "exceptional" and "inspirational", we may slowly change the attitude of people so that they do not fear disability but see it as just one more thing they may have to get used to (like wearing glasses, or losing your hair, or going grey, or using a CPAP).

The sorts of supports I'm talking about are things like: dignified assistance with personal care (things like: getting out of bed, toileting, showering, dressing, meal preparation, washing up, clothes washing, house cleaning, shopping, etc.).

But I'm also talking about facilitating (maybe by accompanying someone or simply arranging transport) visits to places and events of genuine interest to the person (e.g. visits to the theatre, movies, art galleries, libraries, parks, the beach, community events, yoga, educational venues, and so on).

If someone genuinely needs 24-hour nursing supervision and must live in a high care facility (nursing home), these sorts of supports should also be available - and not just "group outings" once a week or so, but individually tailored ones available whenever the person wants them.

And if the person is mostly or even entirely confined to bed, and even if they are in palliative care, there should be people available who can enrich that person's life by being there when asked for, and who could maybe read to the person, or play music, or discuss things, or just listen. Life doesn't have to be barren.

This level of support of course costs money. Money that is currently not readily available for these purposes.

But in a wealthy country like Australia, the money is available. It's simply a matter of raising it via equitable taxation.

The alternative seems to be for Australia either to continue to just let people suffer or to kill them when they can't stand it any more, and ask to die.

Or even worse, to kill people who ask for death, before any of this even happens because they know Australians are too mean to provide the care and support that's needed to allow a person to live a meaningful life with a disability.

Compare this with how many people are calling for all sorts of support for people who are at risk of suicide - just as long as they don't have a disability or realistically fear they might acquire one or have an existing disability become worse.

There are no calls from the general community or people like Nitschke or Denton for people like me to get that appropriate support if lack of services leaves me feeling isolated, devalued and hopeless, just tut tutting and headshaking and calls for me to have the right to ask to die on the basis of "free choice" or "control over my death".

The very thought of legalised assisted suicide and or euthanasia both saddens and terrifies me.

John Moxon has dedicated more than 30 years to service in the disability community and in 2013 was awarded the Lesley Hall Award for Lifetime Achievement in Disability. A legendary figure in Australian Motor Racing, John acquired quadriplegia in a motor racing accident in 1970.