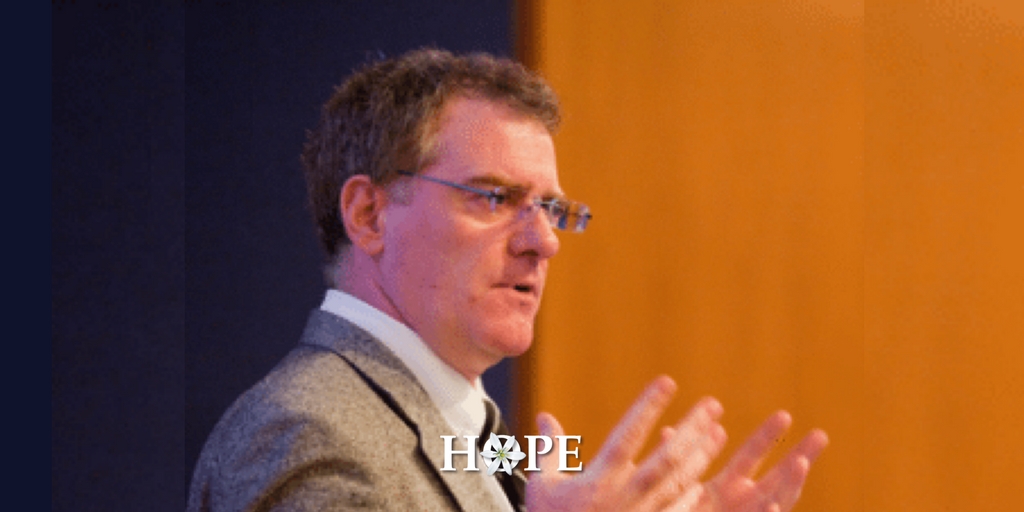 Professor John Keown, a leading researcher and writer on international euthanasia practice and ethics, has slammed the End of Life Choices report from the Victorian Parliament’s Legal and Social Issues Committee as well as the subsequent Ministerial Advisory Panel’s final report were both “seriously  flawed”.

Keown writes that “In particular, [the Committee’s] treatment of key objections to legalization, both principled and practical, was superficial and selective.”

That case is supported by the principled argument that legalization rejects human equality in favor of discriminatory and arbitrary judgments, which are subject to logical extension, about whose life is not worth living. It is supported also by the practical argument, whose force has been confirmed by the experience of those few jurisdictions which have relaxed their laws, that effective control is not feasible. Rather than substantiating its reassuring assessment of the experience of those jurisdictions, the Report omitted to produce a formal review of the evidence; to refer to several major sources, or to respond to well-documented criticisms they contain.

The Parliamentary Report scarcely provides an adequate basis for a balanced and properly-informed debate, let alone for legalization.

As an academic who has been researching and writing on the topic for many years, Keown is puzzled as to how the Committee could fail to cite some of the leading inquiries into assisted suicide and euthanasia, but selectively to quote from inquiries known to be established by supporters of these practices.

Why did the committee ignore the reports of the New York State Task Force on Life and the Law (the finest yet published); the House of Lords Select Committee on Medical Ethics, and the Scottish Health Committee.

Second, why did the Parliamentary Report not consider whether, and the extent to which, the authors of the four “investigations” were supporters of legalization? One of the four was the UK Commission on Death and Dying, which was cited several times. The Parliamentary Report noted that this committee was chaired by Lord Falconer, funded by Sir Terry Pratchett and included a “broad range of experts”.  The Report omitted to inform the reader that Lord Falconer is the leading activist in the UK Parliament for PAS; that Sir Terry was a patron of the pressure-group “Dignity in Dying”; that nine of the twelve appointees were known to favor legalization and that many bodies, including the British Medical Association, declined to give evidence to this self-styled “Commission”. Again, the Parliamentary Report noted that another of the four “investigations”, the Panel of the Royal Society of Canada, was produced by a group of academics, but the Report omitted to mention that four of the six were internationally prominent advocates of legalization.

Keown summarises the poorly articulated case for legalizing assisted suicide and euthanasia made by the Committee as follows:

The Report’s ethical argument for legalization appears (for it was nowhere clearly articulated) to have run along the following lines.

Others were being prosecuted for “acts of love and compassion towards their relatives and loved ones” that broke the law. The criminal justice system displayed great leniency and, while this was desirable on a case-by-case basis, it threatened to bring the law into disrepute and undermine public confidence in the administration of justice.

Some doctors were providing criminal assistance, and this was happening without regulation, sometimes without the patient’s consent.

The Report identified three options: maintain the status quo; enforce the law; or change the law. The first was a “head in the sand” approach; the second option lacked support and might heighten the fears of some doctors about providing adequate pain relief; but the committee had heard extensive evidence in support of third option: relaxing the law.

The Report proceeded to recommend legalization to enable the “small percentage of eligible Victorians who want help to end their suffering” without fear of prosecution.

Keown then sets out six responses to this case which effectively demolish it.

1. The fact that some people commit suicide is not an argument against the law prohibiting assisting suicide. The policy of the public health and criminal justice systems has long been to discourage, not encourage, suicide.

Keown rightly asks “How can we know that these desperate people would not have been deflected from killing themselves if they had been offered a less devastating alternative such as psychosocial or palliative care?”

2. If the law is to take its cue from the incidence of suicide (and assisted suicide), there are many reasons why people take their own lives including, as we have just noted, a desire not to suffer through debilitating physical decline. Or bereavement. Or loneliness. Or addiction. Or being “tired of life”. Or being stigmatized for being gay or transgender.

In fact, all of the above reasons have been accepted in Belgium or the Netherlands as valid reasons for euthanasia. There is no logical case to be made to limit assisted suicide to those suffering in the course of a terminal illness.

3. Legalising assisted suicide and euthanasia will not stop doctors flouting whatever rules are put in palce.

Moreover, legalization does nothing to reduce the opportunity for abuse of the law. If some doctors are currently prepared to break the criminal law prohibiting VE/PAS, why should we expect them to respect guidelines permitting them?

Evidence from the Netherlands and Belgium supports the likelihood of this happening.

4. The Report claimed that the difficulty of prosecuting doctors for “assisted dying” and the lenient treatment of those charged with assisting suicide were serious flaws in the legal framework in Victoria. This does not follow. First, many criminal laws, such as the law against rape, are difficult to enforce. Second, the fact that the criminal law treats cases of assisted suicide with leniency and compassion is not a matter for criticism but for credit. That is how the criminal law is supposed to work: the discretion of prosecutors is an inherent feature of common law systems.

What effect might legalizing VE/PAS have on the suicide rate? One paper (not cited in the Report’s bibliography) which considered the position in the United States, has concluded: “Legalizing PAS has been associated with an increased rate of total suicides relative to other states and no decrease in non-assisted suicides.”

In relation to the Netherlands, Professor Theo Boer, a former euthanasia review committee member who has researched this question, has written: the assumption that euthanasia will lead to lower suicide rates finds no support in the numbers.

This is even more significant given the fact that from 2007 on euthanasia started becoming available to people with chronic diseases–psychiatric diseases, dementia, and others.

It is surprising that the Report, which attached so much importance to the incidence of suicide, did not explore this issue.

6. Maintain the current legal prohibition on assisted suicide and euthanasia.

The Report presented an incomplete set of alternatives: there are not three but at least four policy options. A fourth option is that of maintaining the current legal prohibition on VE/PAS but improving the quality and availability of palliative and social care, and of making any legal changes which would enhance patient care at the end of life. There may, for example, be a case for legislation to make it clear that doctors need have no fear of criminal prosecution for administering palliative drugs in accordance with the well-established principle of “double effect”. It seems at the very least premature for the Report, which makes so many interesting recommendations about improving the provision of palliative care and the law relating to advance care planning, to recommend the legalization of VE/PAS before waiting to see what improvements in end of life care those other reforms may yield.

Having effectively demolished the Committee’s flimsy case for legalizing assisted suicide and euthanasia Keown goes on to explore various aspects of its proposal.

He comments insightfully on the argument from autonomy:

Laws which permit VE/PAS [voluntary euthanasia/physician assisted suicide] trade on the notion that there are two categories of patient: those with lives “worth living” and those who would be “better off dead”. Such laws invite fundamentally discriminatory judgments about the worth of patients’ lives. The superficially attractive argument that VE/PAS are justified by respect for patient choice fails. Laws and proposed laws for VE/PAS (like those in both Reports) do not allow them for any patient who autonomously wants them: they allow them only for some patients who want them, such as those at the “end of life” or those “suffering unbearably”. So, VE/PAS are not fundamentally about patient choice at all but about the judgment that the choices of some patients should be accommodated because it is thought by others in society that death would benefit them, that they would be “better off dead”. (It is small wonder that many disability groups, who see this more clearly than many others, are leading opponents of legalization.)

The whole of Keown’s excellent critique is must reading for anyone who thinks, as Go Gentle has claimed, that Victoria’s Voluntary Assisted Dying Bill 2017 “is the result of the most rigorous and extensive process of research and consultation by the Parliamentary Inquiry Committee and subsequent Expert Ministerial Advisory Panel. The proposed legislation is the most conservative in the world and includes stringent safeguards to ensure the vulnerable are protected and its operation will be safe”.

The processes leading to the Bill, far from being rigorous, were seriously and deeply flawed.

The proposed legislation is neither the most conservative in the world nor is it safe.