Liz Carr’s message to all Victorians 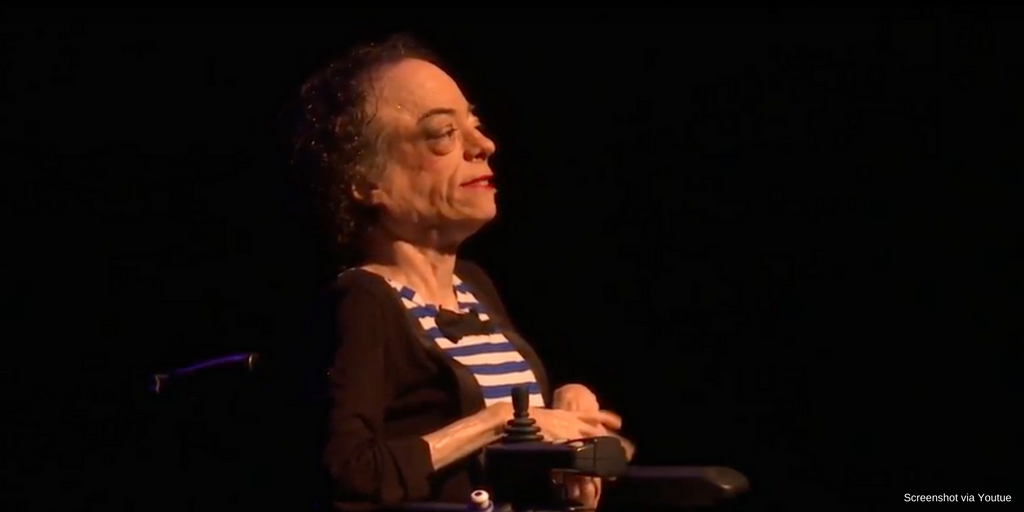 Liz Carr is a UK actor, comedian and disability rights activist perhaps best known as forensic examiner Clarissa Mullery in the BBC’s Silent Witness. She is pro-choice, an atheist and a vocal opponent of the legalisation of assisted suicide. She explains her views in her show Assisted Suicide: The Musical which she brought to this year’s Melbourne Comedy Festival. She has visited all the countries where Assisted Suicide and euthanasia are legal for a BBC World Service documentary ‘When Assisted Death is Legal’ and is part of the international network of disabled people who oppose such laws, Not Dead Yet.

When the subject of legalising assisted suicide hits the headlines, it’s all too common for the arguments to be polarised as being between secular liberals’ arguing for choice and the religious right arguing for sanctity of life. This makes for dramatic media debates and allows those who want a change in the law to dismiss any opposition as being archaic and out of step with reality.

To legalise assisted suicide – as is being put forward in the final report by Ministerial Advisory Panel on Voluntary Assisted Dying – would mean changing the law so that in certain circumstances, some people (initially those with less than 12 months left to live) could have medical assistance to kill themselves.

There are many however who oppose such a change – including those who would identify as pro-choice and atheist. This includes many doctors, i.e. those who would be responsible for implementing the law (the Australian Medical Association continues to organisationally oppose legalisation) and many disabled people who believe that these laws impact upon them. Yet the concerns of these groups all too often go unheard.

Disability is fundamental in any discussion about assisted suicide: those high profile campaigns calling for a change to the law are almost always fronted by those who would be described as disabled. As a wheelchair user who needs 24-hour assistance with the most personal of tasks, the people we see in the media calling for help to end their lives, often look like me. No, they often look healthier than I do. But when we have so few representations of disabled people on TV or in the media then the assumption becomes that people like me must find life unbearable and that of course we’d want to end our lives. There is such a fine line between terminal illness and disability both medically and in public perception, that they become one and the same. Consequently, assisted suicide is seen as an understandable and rational response to both. Perhaps that’s why I’ve had complete strangers tell me that if they were like me then they couldn’t go on.

Perhaps that’s one of the reasons I oppose the legalisation of assisted suicide? As long as some lives are deemed as not worth living and are viewed as less valuable than others, there is the unwitting potential that state sanctioned assisted suicide would further enshrine this inequality in law. When most people choose to end their life, we offer prevention but when ill, dying, older and disabled people talk about doing the same, they are often met with understanding and encouragement.

Which is why, last week in Victoria we saw a group of disabled people from Not Dead Yet Australia, Lives Worth Living and www.rageagainstthedying.com calling on MPs to use their conscience vote cautiously and to vote ‘no’ when the Assisted Dying Bill comes before the Victorian Parliament in the near future. They believe that if a Voluntary Assisted Dying Bill passes, that some people’s lives will be ended without their consent, through mistakes and abuse. No safeguards have ever been enacted or proposed that can prevent this outcome – which can never be undone.

They are concerned that this law would establish medically assisted suicide as an acceptable and even expected societal response to pain, disability, life limiting conditions and terminal illness. This is to ignore the social factors, such as poverty and lack of social care that can also create suffering in people’s lives. Denied the support to live – or die - with dignity, is it any surprise that people feel they have no choice but to end their lives? How voluntary is such a ‘choice’ when often, as ill, old or disabled people, your quality of life is determined by an under resourced and overly bureaucratic National Disability Insurance Scheme ensuring that you only get to have one shower a week? Choice really isn’t a choice when you have no choice.

Whilst supporters of assisted suicide claim that the opposition of disabled people is irrelevant because these bills are only intended for terminally ill people, the top 5 reasons given by those using the Oregon assisted suicide law all relate to experiences of disability i.e. “loss of autonomy” (91%), “less able to engage in activities” (89%), “loss of dignity” (81%), “loss of control of bodily functions” (50%) and “feelings of being a burden” (40%).  Assisted suicide laws are at their core, about disability.

And if you don’t believe that even the most conservatively drafted law would ever be extended to include disabled people, I’d have to disagree. Once you introduce rights to one group of people, it is a political inevitability that others will soon demand those rights are extended to them in the name of equality. Anything less than this incremental extension of rights is surely discrimination? And so, in Canada, one of only 6 countries where assisted suicide and euthanasia are legal, there are people with early stage dementia and some with long term health conditions who are demanding the law apply to them. In that same country, only last month, a 25 year old disabled woman was hospitalised and whilst there, the doctor made a suggestion to her mother that she could consider medical assistance in dying as a choice for her daughter’s future.

Closer to home, before a law has even been debated in the Victorian Parliament, it’s extension to include non-terminal, disabling conditions is already being discussed. In March this year, an article quoted pro assisted suicide campaigner, Victoria’s own Dr Rodney Syme as saying:

"…people with neurological failure, such as multiple sclerosis, motor neurone disease and Parkinson's disease, who have progressive diseases, and those with profound stroke or high quadriplegia who have a static condition, may have an ill-defined trajectory to death, and while suffering unbearably, may be discriminated against by narrow legislation."

No longer can opposition to assisted suicide be side-lined as being only religious in nature. Disabled people believe we have a very real stake in these debates. Those of us opposing these laws campaign to at least ensure our concerns about giving the state and the medical profession greater powers over our lives, are heard. When Not Dead Yet Australia campaign in the run up to the Victorian vote, please don’t dismiss their voices as irrelevant or extreme because I assure you they are borne out of a desire to ensure everyone has a good end of life experience and not just those who have the loudest voices nor the strongest advocacy and PR.

I know that if she were still alive, my brilliant friend and the foremost social commentator and comedian, Stella Young would be outside Parliament this week as an indomitable disabled woman who was also opposed to legalising assisted suicide. As she said in The Guardian back in 2013 after the defeat of the Tasmanian Bill, “I still believe we need more robust conversation if we are to pass a law that truly balances the wishes of those who want to die with adequate safeguards for those who don't. Before we can talk about death with dignity, we need to ensure that all people, regardless of age or disability, can live with dignity. We're not there yet”.