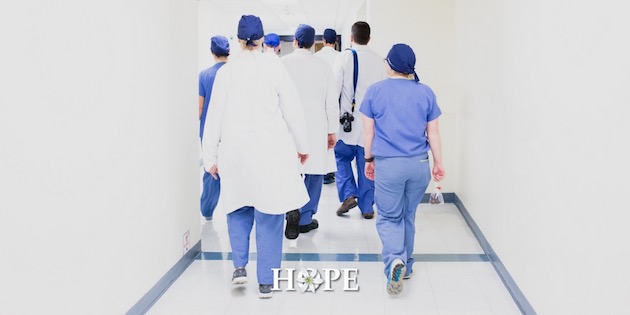 In Belgium and the Netherlands, medical professionals are resigning in considerable numbers due to the lack of regulation surrounding the practice of euthanasia. This phenomenon is specifically peaking in the palliative care field, as nurses and doctors find their roles reduced to that of reluctant executioners.

Professor Benoit Beuselinck, a consultant oncologist, has been studying the corrupting effect of legalised euthanasia on Belgian medical care for years. He writes that hospital doctors, to avoid having to administer a lethal injection, will refer elderly or ill patients to a palliative care unit. The assumption is that, since palliative care professionals already deal with end-of-life issues, they will be more equipped to handle such a procedure.

However, this is far from the case. Instead, it has effectively driven away highly trained personnel, leaving palliative care units minimally staffed:

“Some Belgian palliative care units that have opened their doors to patients requesting euthanasia have seen nurses and social workers leaving the unit because they were disappointed that they could no longer offer palliative care to their patients in an appropriate way.”

“They were upset that their function was reduced to preparing patients and their families for lethal injections.”

But medical professionals are not just upset about the change in job description. For many of them, euthanasia laws pose a moral quandary. According to Willems Lemmens, member of the Belgian Bioethics Advisory Committee:

More and more doctors are "testifying to the moral pressure they are experiencing. Since euthanasia is increasingly perceived by the general public as a right over the death of an individual and family members, the practitioners' therapeutic freedom and conscience are actually being put to the test".

The Netherlands faces similar challenges, as the definition of euthanasia is being more loosely interpreted in order to include dementia patients. During an interview, Berna van Baarsen, a Dutch euthanasia regulator, explained her reasoning for quitting her profession:

“In people with a terminal illness like cancer, in whom euthanasia has already been agreed but who suddenly ended up in a coma because of their illness, that's fair.”

"However, dementia is a very different kind of ailment. That disease is more erratic and patients often live longer. A lot of things can happen during that period. For instance, a patient might say that she would want euthanasia if she no longer recognises her relatives."

"This could happen. But at a next visit she can still recognize her partner or her children. What is the right moment to grant euthanasia?"

We anticipated that euthanasia and assisted suicide laws would drastically impact the most vulnerable of society, as in the cases that Berna van Baarsen described above. It is taking its toll.

Furthermore, with doctors and nurses fleeing their professions, the consequences of legalised euthanasia have started to affect all Belgian and Dutch citizens as their system of care crumbles before their eyes.

The fact that those who were once willing participants in euthanasia are fleeing because of how it is being practiced demonstrates just how dangerous and uncontrollable the process is.

It lends credence to the fact that, ultimately, euthanasia laws hurt everyone, regardless of their status. With this in mind, we must oppose this policy in all of our states and let our politicians know that legalised killing will never be safe.