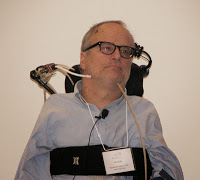 Thanks to the state Senate's rejection of the assisted suicide bill, Senate Bill 252, residents of New Mexico can breathe easier. As Sen. Craig Brandt said during last week's debate, "This bill is dangerous. Doctors make mistakes every day."

CBS News reported in 2014 that 12 million Americans are misdiagnosed yearly. About 15 percent of people given less than six months to live are not "terminally ill." Thousands of people "graduate" from hospice yearly. Assisted suicide programs turn the best result under hospice â€” learning that you weren't "terminal" after all â€” into the tragedy of dying with years or decades of life remaining. This reality alone should be enough to stop any assisted suicide proposal cold. We cannot predict the future. The "choice" promised by assisted suicide is an illusion.

During the Senate debate, senators warned that "undue influence" would lead to wrongful deaths. One out of every 10 older New Mexicans is estimated to be abused every year, mostly by adult children and spouses. A caregiver or heir to an estate could help sign a person up, pick up the prescription and then administer the lethal dose without worry of investigation. To receive immunity, they could simply claim to have acted in "good faith."

With no official witness required at the death, we can't know whether someone self-administered the drugs.

Insurers routinely value their bottom line over people's health. Last summer, Californian Stephanie Packer received a letter from her insurer refusing to cover a prescribed course of chemotherapy. Her co-pay for assisted suicide? $1.20.

Millions of people now face the prospect of losing health insurance if Congress repeals the Affordable Care Act. That will mean even less choice. SB 252 would have put depressed people with a serious health condition or disability at risk. Depression is treatable, death is not.

Supporters of SB 252 said the bill was needed to prevent people dying in agony, but attentive comfort care can control pain in dying patients, through palliative sedation if necessary. People already have the right to refuse any treatment, including food and water.

We now have 25 years of reports from Oregon and Washington, which show that pain (which includes fear of pain) is the sixth-cited of seven "end-of-life concerns." Oregon physicians report giving lethal drugs mainly due to psychosocial distress about disability, including dependence on other people ("losing autonomy," 91 percent), grief over lost abilities (90 percent), loss of the respect of others ("loss of dignity," 77 percent), needing help with incontinence ("losing control of bodily functions," 47 percent) and believing that suicide would leave loved ones better off ("burden on family, friends/caregivers," 42 percent).

What we disabled people see in legalizing assisted suicide is that some people receive suicide prevention, while others get suicide assistance, based on value judgments and prejudice. Instead, let's make sure that people have the choice and support to live â€” and die â€” comfortably, at home, with pain controlled and dignity intact.

As a progressive, I am heartened that seven Democrats joined Republicans in defeating the measure. Protecting innocent people from misdiagnosis, insurers' bottom lines, suicidal depression and abuse is a cause that everyone can embrace.

John B. Kelly is a Boston-based disability rights activist and writer. He is the director of Second Thoughts Massachusetts: Disability Rights Advocates against Assisted Suicide. The group's website is www.second-thoughts.org.