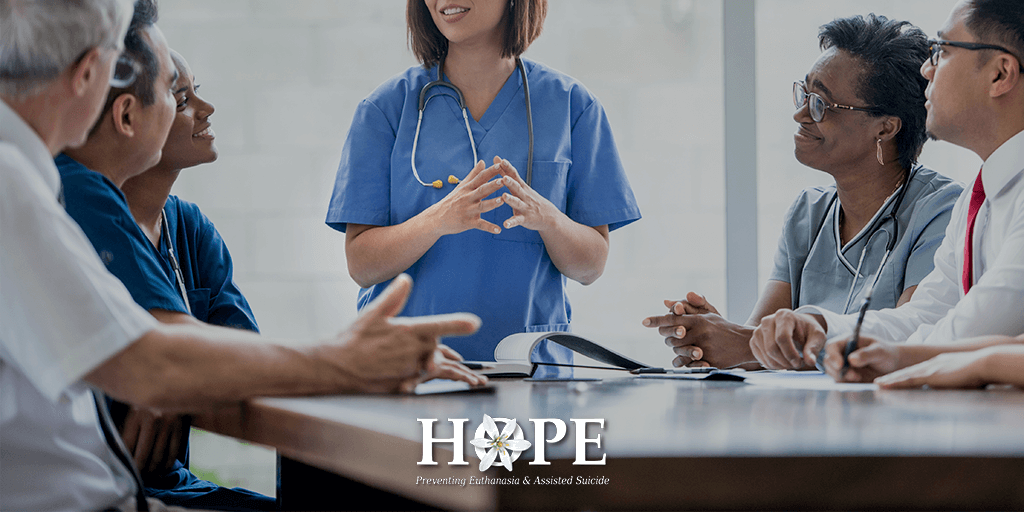 When New Zealand Parliament’s Justice Select Committee was commissioned to report on David Seymour MP’s End of Life Choice Bill, nothing could have prepared them for the record number of submissions they received.

The bill seeks to give people with a terminal illness or a grievous and irremediable medical condition the option of requesting assisted suicide.

38,707 people and organizations took action by making a submission to the committee.

An analysis undertaken by New Zealand organisation Care Alliance has revealed that 91.8% of the submissions were opposed to the bill.

As we know, doctors are overwhelmingly opposed to assisted suicide. And in New Zealand, an open letter signed by 959 registered medical practitioners in response to the End of Life Choice Bill outlines the emphatic stand taken by the doctors:

“Doctors are not necessary in the regulation or practice of assisted suicide.  They are included only to provide a cloak of medical legitimacy.  Leave doctors to focus on saving lives and providing real care to the dying.”

In order to counter their efforts, 17 doctors including 10 retirees wrote to all New Zealand MPs urging them to vote to allow “medical assistance in dying (MAID)”.

Dr Havill, spokesman for the group, claims that the number of doctors supporting MAID exceeded the 37% in favour revealed in a survey by the NZ Doctor magazine last year and expressed confidence that the number would grow after a law change.

But the overview of the submissions received by the Justice Select Committee tells a different story.

Of the submissions received from doctors, nurses and other health care staff passionate enough about the issue to take action, 93.5% were opposed to the bill.

It remains to be seen whether New Zealand MPs heed the views of the community and medical professionals and reject this dangerous bill, but the process has shown the power of ordinary voters making their views known by taking the time to write submissions.

Now it’s our turn to make the most of our parliamentary processes.

The Queensland parliament is currently seeking submissions as they consider a devastatingly broad euthanasia regime.

Please click here to make a difference by sending your submission today.  It doesn’t need to be long – just a couple of lines is all it takes to express where you stand and why.

We have this chance to follow in New Zealand’s footsteps and make the most of our representative democracy by making ourselves heard.

A change to the long-standing prohibition against doctors killing their patients would have far-reaching and devastating consequences, especially for the vulnerable and elderly in our communities.