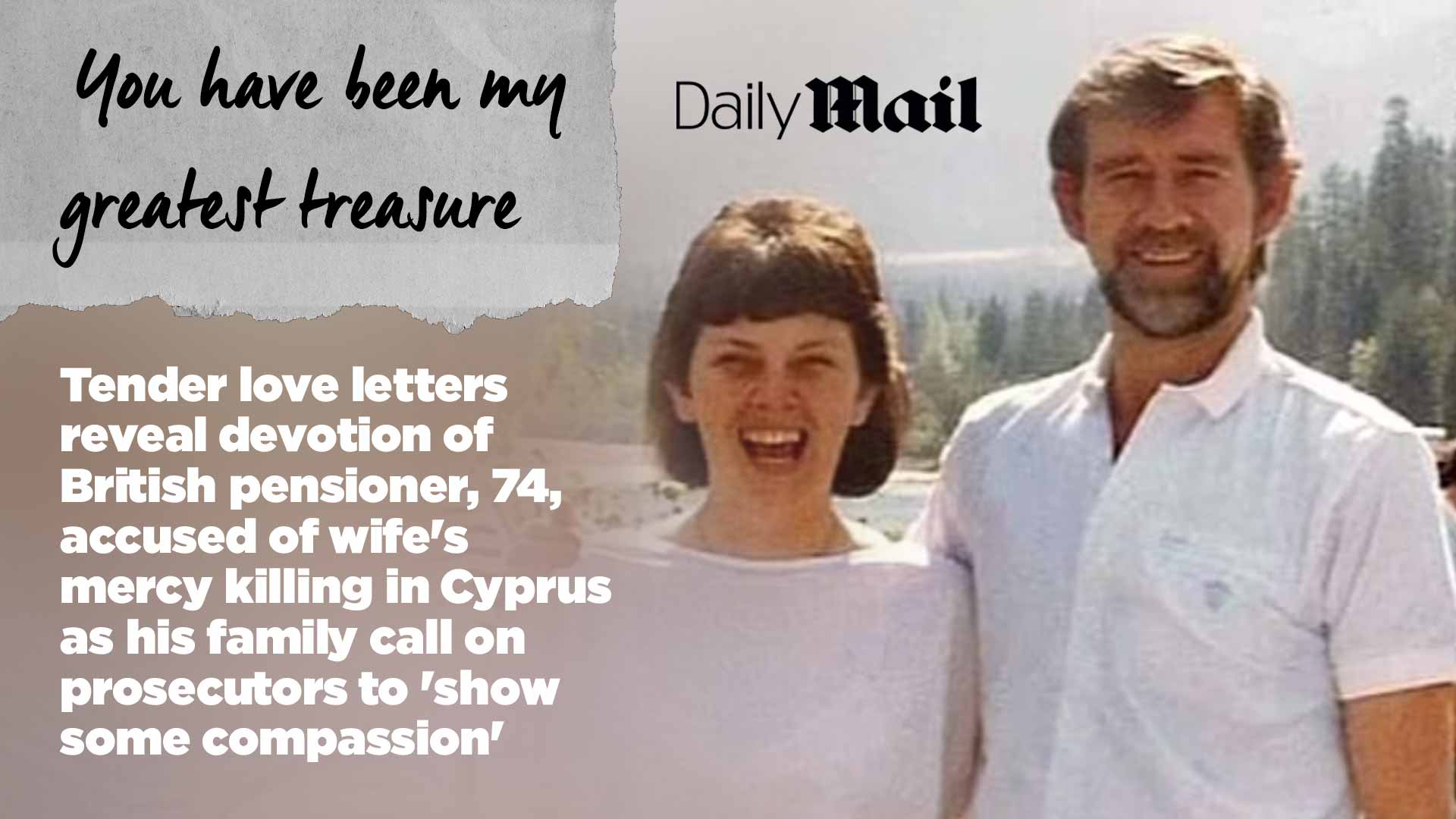 British man David Hunter is on trial for murder in Cyprus. He is alleged to have killed Janice, his wife of 56 years, by holding her head in his hands and blocking her air passages until she died.

Usually, the death of a woman at the hands of her husband would be reported in the media as ‘intimate partner violence’ and there would be calls for greater protections for women’s safety.

But Janice had leukaemia, had to wear nappies because of the persistent diarrhoea it caused and suffered from chronic nosebleeds.

For that reason, her death is not decried as ‘intimate partner violence’ by the media, but rather as a ‘mercy killing’. Instead of being described as an aggressor, her killer husband is spoken of in glowing and heroic terms.

Take the headline from the report in the Daily Mail:

'You have been my greatest treasure': Tender love letters reveal devotion of British pensioner, 74, accused of wife's mercy killing in Cyprus as his family call on prosecutors to 'show some compassion'

The headline alone portrays a tender, devoted and merciful pensioner husband who is just in need of some compassion.

The fawning over David Hunter didn’t end there.

“They prove the family’s insistence Mr Hunter was deeply in love with his wife and would never do anything to harm her.” (Emphasis added.)

Well, that’s it then. There is no need for a trial. The Daily Mail has declared these anniversary cards are proof that the suffocation was an act of deep love. Case closed.

The Cyprian court rejected an application to have the charges automatically reduced to “assisting a suicide” even before the trial begins. In doing so, they have made clear that the investigation and prosecution of any homicide, including of a woman at the hands of her husband, should not be any less thorough just because she has a terminal illness. Indeed, to do so would be an insult to Janice Hunter and other women like her.

This article has been updated. It originally reported that the police alleged Mr Hunter had used a pillow to block his wife's air passages, not his hands.