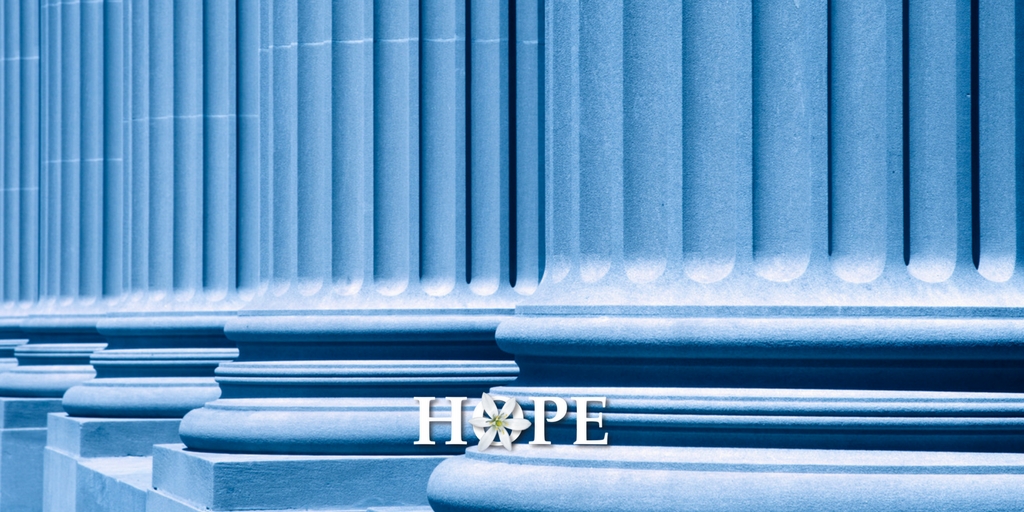 There is no right to assisted suicide. Read the update below from Alex Schadenberg, Executive Director of Euthanasia Prevention Coalition. View original article HERE.

The Euthanasia Prevention Coalition commends the New York Court of Appeals for the unanimous ruling the state's highest court made Thursday in Meyers v. Schneiderman. The court found that aid-in-dying is assisted suicide and that there is no right to assisted suicide in New York.

Even though the New York court was clear, something tells me that the assisted suicide lobby, formerly known as the Hemlock society, will continue to bring false cases to court with the hope of finding a sympathetic judge who is willing to redefine suicide.

"We will continue to fight to establish the right to aid in dying in the New York State legislature," said Laurie Leonard, executive director of the group End of Life Choices New York.

In New York, the high court responded to the claims of the assisted suicide lobby in Meyers v. Schneiderman:

"Suicide" is not defined in the Penal Law, and therefore "we must give the term its ordinary and commonly understood meaning" ... Suicide has long been understood as “the act or an instance of taking one’s own life voluntarily and intentionally.”…Black’s Law Dictionary defines “suicide” as “[t]he act of taking one’s own life,” and “assisted suicide” as “[t]he intentional act of providing a person with the medical means or the medical knowledge to commit suicide” (10th ed 2014). Aid-in-dying falls squarely within the ordinary meaning of the statutory prohibition on assisting a suicide.

As written, the assisted suicide statutes apply to a physician who intentionally prescribes a lethal dosage of a drug because such act constitutes "promoting a suicide attempt" (Penal Law § 120.30) or "aid[ing] another person to commit suicide" (Penal Law § 125.15 [3]). We therefore reject plaintiffs' statutory construction claim.

The next claim by the assisted suicide lobby was that New York does not provide equal protection or equality under the law. The New York State high court disagreed.

Our State's equal protection guarantees are coextensive with the rights protected under the federal Equal Protection Clause. ... In Vacco v Quill, the United States Supreme Court held that New York State's laws banning assisted suicide do not unconstitutionally distinguish between individuals (521 US 793, 797 [1997]). As the Court explained, "[e]veryone, regardless of physical condition, is entitled, if competent, to refuse unwanted lifesaving medical treatment; no one is permitted to assist a suicide. Generally, laws that apply evenhandedly to all unquestionably comply with equal protection" (id. at 800 [emphasis in original]). The Supreme Court has not retreated from that conclusion, and we see no reason to hold otherwise.

The High Court also disagreed with the claim by the assisted suicide lobby that there is a fundamental right to self-determination and to control the course of their medical treatment encompasses the right to choose aid-in-dying. The court responded:

We have consistently adopted the well-established distinction between refusing life-sustaining treatment and assisted suicide.

The right to refuse medical intervention is at least partially rooted in notions of bodily integrity, as the right to refuse treatment is a consequence of a person's right to resist unwanted bodily invasions (see Cruzan v Director, Mo. Dept. of Health, 497 US 261, 269-270 [1990]; Schloendorff, 211 NY at 130). In the case of the terminally ill, refusing treatment involves declining life-sustaining techniques that intervene to delay death. Aid-in-dying, by contrast, involves a physician actively prescribing lethal drugs for the purpose of directly causing the patient's death.

... the Supreme Court has noted that "the distinction between assisting suicide and withdrawing life-sustaining treatment, a distinction widely recognized and endorsed in the medical profession and in our legal traditions, is both important and logical; it is certainly rational," and it turns on - 10 - - 11 - No. 77 "fundamental legal principles of causation and intent" (Vacco, 521 US at 801).

The New York court upheld the clear and fundamental distinction between killing and letting die. The withdrawal of treatment does not cause death, but rather it does not delay natural death from occurring whereas assisted suicide directly and intentionally causes death.

As to the right asserted here, the State pursues a legitimate purpose in guarding against the risks of mistake and abuse. The State may rationally seek to prevent the distribution of prescriptions for lethal dosages of drugs that could, upon fulfillment, be deliberately or accidentally misused. The State also has a significant interest in preserving life and preventing suicide, a serious public health problem... . As summarized by the Supreme Court, the State's interests in prohibiting assisted suicide include: "prohibiting intentional killing and preserving life; preventing suicide; maintaining physicians' role as their patients' healers; protecting vulnerable people from indifference, prejudice, and psychological and financial pressure to end their lives; and avoiding a possible slide towards euthanasia" (Vacco, 521 US at 808-809). These legitimate and important State interests further "satisfy the constitutional requirement that a legislative classification bear a rational relation to some legitimate end" (id. at 809).

Our Legislature has a rational basis for criminalizing assisted suicide, and plaintiffs have no constitutional right to the relief they seek herein. Accordingly, the order of the Appellate Division should be affirmed, without costs.