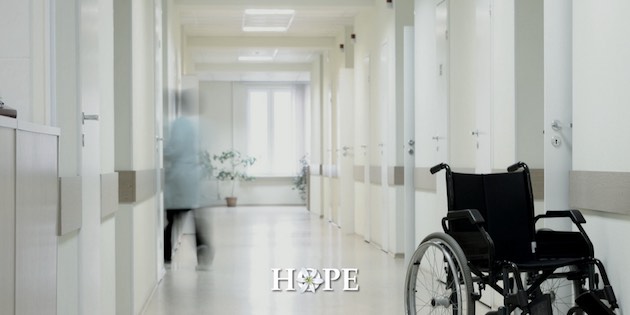 An Orthodox Jewish nursing home in Vancouver has filed a complaint after an abortion doctor entered their facility without permission and secretly euthanised one of their patients. Life Site reports:

The Louis Brier Nursing Home has notified the British Columbia College of Physicians and Surgeons that Dr. Ellen Wiebe of the Willow Women’s abortion clinic helped end the life of an 87-year-old resident, Barry Hyman, without the facility’s permission.

The facility, which is strictly Orthodox Jewish, allows patients to request an assessment for euthanasia, but will not allow euthanasia cannot be performed on site, since the practice directly conflicts with their religious beliefs.

However, the right to religious objections were overridden by Dr Wiebe, who was determined to take matters into her own hands:

Wiebe met Hyman last spring and “determined he met all the criteria” for active euthanasia, according to the Canadian Broadcasting Corporation (CBC). Hyman had suffered a stroke and been diagnosed with lung cancer. He was mentally unimpaired, but he had difficulty speaking clearly, could no longer read and needed help with some tasks.

Despite his state, Hyman was able to communicate that he wanted to die at the nursing home, instead of at the hospital nearby, which would have accepted him for euthanasia. So Wiebe decided to take matters into her own hands:

"The family wanted privacy so we just set up a time," she told the CBC. "When my nurse and I arrived, [we] went into his room and closed the door."

Hyman died shortly after 7 PM on June 29, 2017. According to Wiebe, the family notified the nursing home staff the following day.

This isn’t the first time that religious freedom has been overruled in favor of ‘death with dignity’. Back in 2016, the National Review reported a similar case:

The family of an elderly cancer sufferer who wanted to die by euthanasia is suing a Belgian Catholic care home for refusing to let a doctor give the woman a lethal injection on Church-run premises.

Mariette Buntjens was instead removed from the Sint-Augustinus rest home in Diest and died days later in the “peaceful surroundings” of a private residence at the hands of a doctor. Nadine Engelen, the daughter of the woman, is now claiming that the care home caused Mrs Buntjens unnecessary “physical and mental suffering” by refusing her request to die within its walls.

She is taking the care home to a civil court in Louvain in April in a test case which could determine whether Church-run institutions have the right to refuse to be involved in acts of euthanasia.

These cases are disturbing. Not only because the participants strive to normalise euthanasia, but because they have forced the fundamental right of religious freedom into the backseat in order to accommodate this killing of patients.

The culture of death refuses to recognise the most fundamental right of all: life. Why, then, would it acknowledge the right to religious freedom?