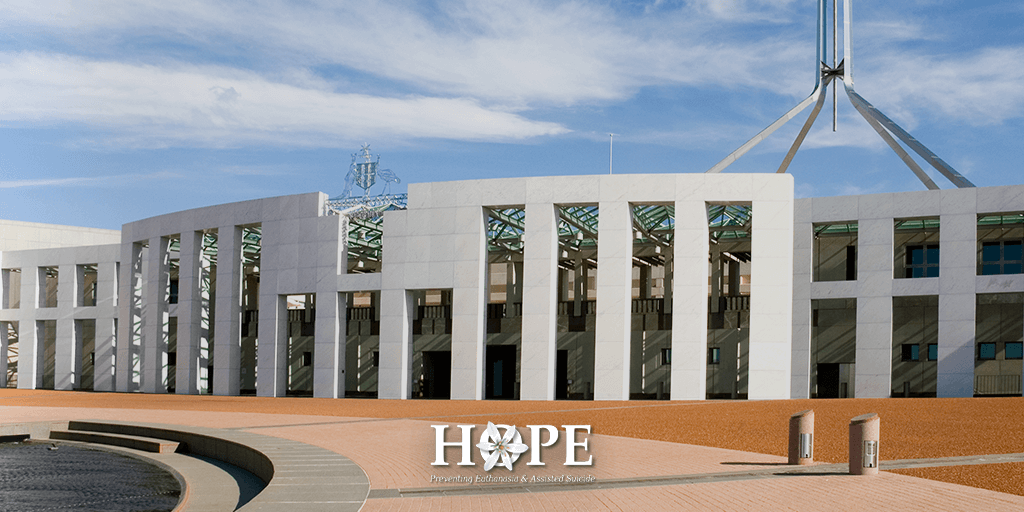 The election result in Victoria on the weekend has landed a devastating blow for the rights of vulnerable people in Victoria, who will now be at greater risk under the ill-conceived and dangerous assisted suicide regime.

The result shows the power of the euthanasia lobby.  Andrew Denton’s robocalls, which played on Victorian’s fears about dying painful deaths, have been effective.  We can see the extent to which the big money that is behind the pro-death lobby is paying off dividends in their lobbying efforts.

It is now crunch time. This result is going to put pressure on every other state in Australia to follow suit.

We know that in Western Australia, the government has recommended that assisted suicide be legalised following its committee process and a bill will be presented to parliament in the new year.

The Queensland government has recently announced an inquiry into assisted suicide. Without an upper house to act as a check on the legislative power of the state parliament, the fight is going to be a very difficult one

In New South Wales, the most recent attempt to legalise assisted suicide was defeated by one vote.  The state election in New South Wales will likely change the balance of supporters and opponents of assisted suicide in the parliament. It will be important to ensure we support candidates who are strong on this issue and will not be intimidated by the well-resourced and deceptive euthanasia lobby.

And whilst we were successful in the Senate, the make-up of a future Senate following the upcoming federal election is unknown. We must stay vigilant.

Now is not the time to remain silent. We will lose the battle if we vacate the debate and allow the misrepresentations and falsehoods spread by the euthanasia lobby to stand unchallenged. Playing on people’s fears about dying a painful death to further their agenda is unconscionable and needs to be called out.  We must continue to champion and highlight the incredible work done by palliative care health professionals every day in this country. We must call for greater funding for the palliative care sector to ensure that non-violent end of life care is accessible to every person who needs it.

Scaring people into thinking that a lethal injection is their best option at the end of life is a recipe for elder abuse and puts our vulnerable people at great risk.

The stakes have never been higher.