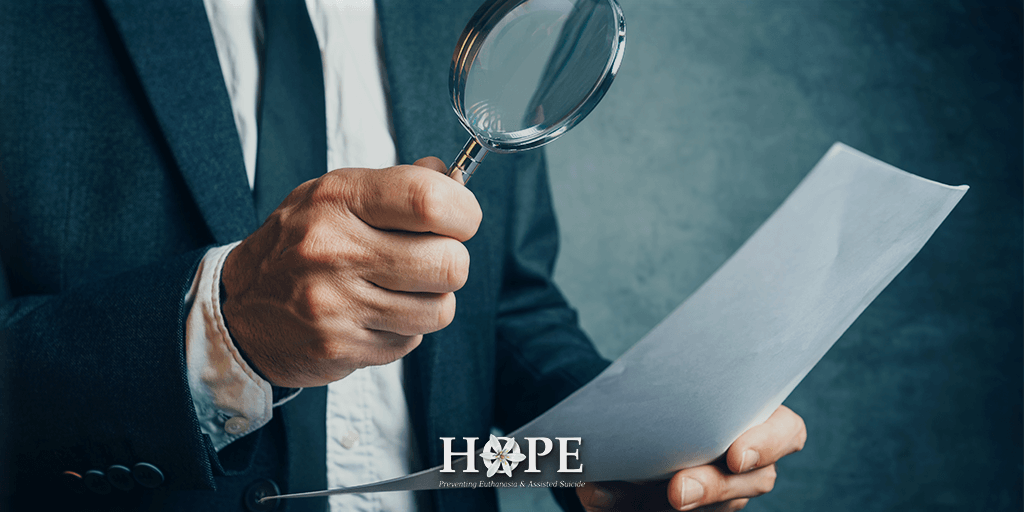 The dangers of legalising euthanasia and assisted suicide were made obvious in Queensland this week, as the issues paper for its inquiry into aged care, end-of-life and palliative care and voluntary assisted dying was tabled in parliament.

Those making submissions on the question of a potential euthanasia and assisted suicide regime are being asked to comment on questions such as:

In other countries where euthanasia and assisted suicide have been legalised, we have seen the law slowly be expanded to minors, to those who are not suffering from terminal illnesses, and the gradual removal of the conscience protections for doctors and other medical professionals, even though the official position of the World Medical Association is that euthanasia and assisted suicide are unethical and must be condemned by the medical profession.

What is extraordinary about the Queensland issues paper is that it does not shy away from these issues, deciding not to present a veneer of the intention of limiting a euthanasia regime to those who are not suffering from a mental illness, who are terminally ill and who are near the end of life.

Instead, it foreshadows a broad euthanasia regime:

While you might commend the Queensland government for its honesty about the potential breadth of a proposed euthanasia and assisted suicide regime, one cannot help but be shocked by the extraordinary potential such a regime might have to put the vulnerable at risk.

In the coming weeks, HOPE will be preparing our submission to the Queensland inquiry. We will also assist in providing you tools to do the same.  We must stay vigilant so that potentially extreme laws aren’t ushered in to Queensland.