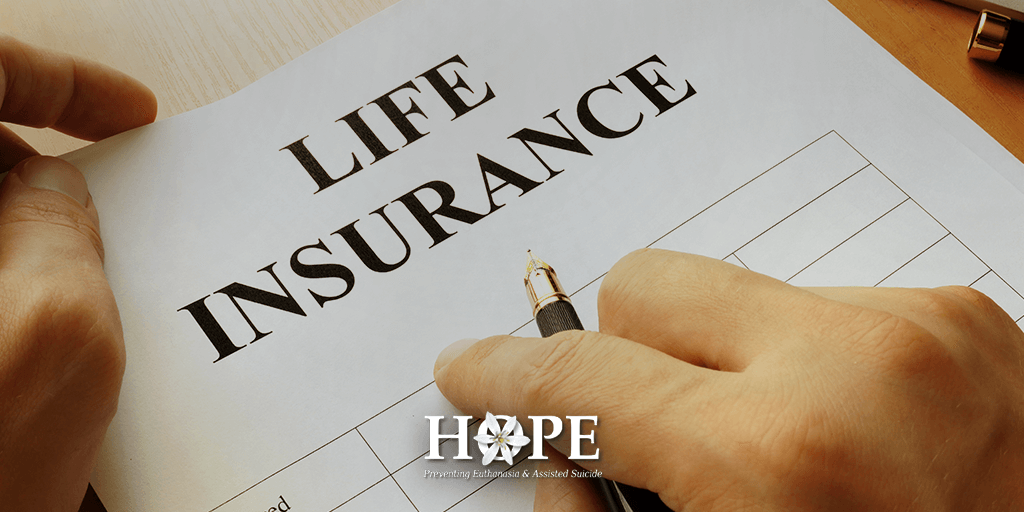 On Friday, 19 October, Graham Robert Morant will be sentenced for aiding his wife, Jennifer Morant, to commit suicide.  He stood to benefit $1.4 million from several life insurance policies after her death.

Mr Morant was found guilty last month by a jury in a Queensland court of counselling his wife to commit suicide, and then assisting her to do so – even accompanying her to the hardware store at which she bought the necessary equipment to take her own life.

During the trial, the court heard that the nomination of Mr Morant as the sole beneficiary under the life insurance policies was done in a way that it could not be changed, and that the document described Mrs Morant as having a terminal illness.

That was not the case.  Mrs Morant suffered from chronic back pain, depression and anxiety, none of which were terminal conditions.

It was also reported that two witnesses, close to Mrs Morant, testified at trial that Mrs Morant did not want to kill herself, but was scared by the pressure on her from Mr Morant to do so.

This case highlights what we all know to be true; that loved ones can exert an enormous – and even fatal – amount of influence over a person who “chooses” to die.  For all of the supposed legislative safeguards when it comes to assisted suicide, there is still the subtle and private pressure that one family member can exert upon another, particularly when they depend on them for care.

Euthanasia advocates will argue that Mr Morant’s case is different because of the insurance monies at stake, but this claim is disingenuous.  There is an increasing push  to view euthanasia and assisted suicide as any other type of medical procedure, and to list the cause of death as something other than suicide, meaning that insurance policies will likely cover assisted suicide as any other cause of death.

If assisted suicide is legalised in more Australian states, cases like Jennifer Morant’s will unfortunately not be isolated.  The only way to protect the vulnerable from undue pressure at the end of life is to not legalise assisted suicide in the first place.