Queensland man first to be imprisoned for counselling suicide 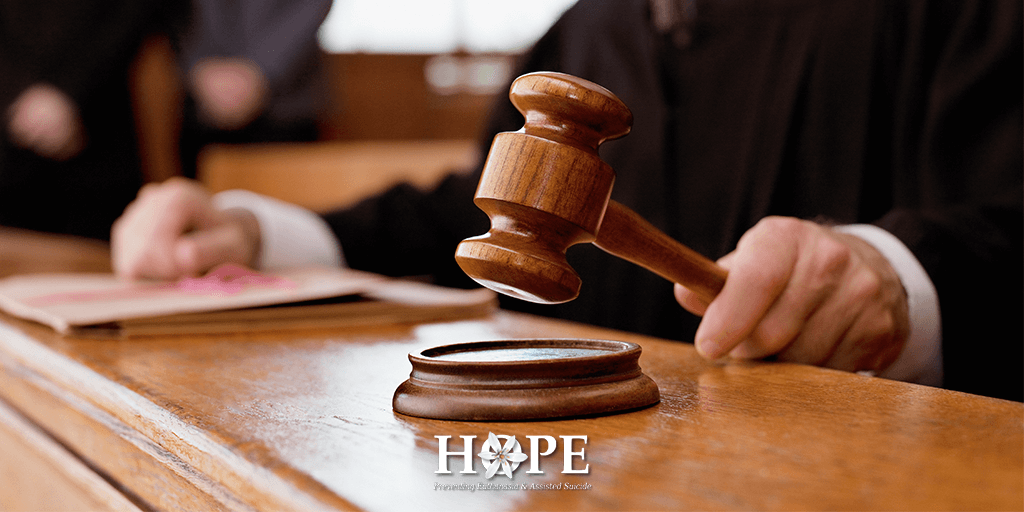 “However, one can imagine many circumstances arising where people in positions of trust and responsibility could succumb to the temptation to counsel suicide for personal gain.”

These confronting words were spoken last week by Justice Davis in the Supreme Court of Queensland, as he sentenced Graham Robert Morant to 10 years imprisonment for counselling his wife to commit suicide.

The judge’s words articulate the risk that family members and others in positions of trust and responsibility can persuade a person to take their own life, particularly when they stand to gain financially as a result of the death.  Such risks would only be exacerbated in an environment where assisted suicide and euthanasia was legal.

Graham Robert Morant was last month found guilty by a Queensland jury of counselling his wife, Jennifer Morant, to commit suicide, and then assisting her to do so, even accompanying her to the hardware shop to buy the generator she used to take her own life and helping her to set the equipment up before leaving the house and Mrs Morant to die alone.

Justice Davis highlighted that Morant stood to gain financially from his wife’s death:

Each of the policies contained a condition, the effect of which was to exclude the liability of the insurer where the death of the life insured, namely, Mrs Morant, occurred as a result of suicide within 13 months from the date of the establishment of the policies.

Mrs Morant died on 30 November 2014, just three months after Mr Morant – as sole beneficiary under the three life insurance policies – became eligible to receive $1.4 million under the policies in the case of her suicide death.

Justice Davis found that it was the insurance policies were motive for the crime:

“... [You] counselled and aided your wife to kill herself because you wanted to get your hands on the 1.4 million.”

Mrs Morant suffered from chronic back pain, depression and anxiety, but not from a terminal illness.

In his sentencing remarks, Justice Davis commented that while judges are usually required to have regard to sentences imposed in other cases when deciding the sentence for a particular case, but that there had been no such conviction in Queensland history.  Indeed, the judge remarked, “research has failed to find any conviction for any similar offence in any other jurisdiction.”

Justice Davis made clear that counselling a person to commit suicide was an even more serious crime than assisting them to do so.  He said:

He went on to speak directly to the accused about how he had taken advantage of his wife’s vulnerable state:

Mrs Morant was a vulnerable person with difficulties with her physical health. She was suffering depression. You took advantage of those vulnerabilities in order to persuade her to kill herself and then assisted her to do so once she had made that decision.

Given the gravity of the crime, Mr Morant was sentenced to 10 years in prison, and will be eligible for parole on 2 October 2023.

This case demonstrates what we already know: there is no safe way to legalise assisted suicide or euthanasia, because loved ones – particularly those who stand to gain financially or otherwise – can exert an enormous amount of influence over a person who depends on them for care, even to the point of convincing them to take their own life.

No law is able to safeguard against subtle, consistent pressure on someone to request to die.  The only way to protect the vulnerable is to not legalise killing in the first place!