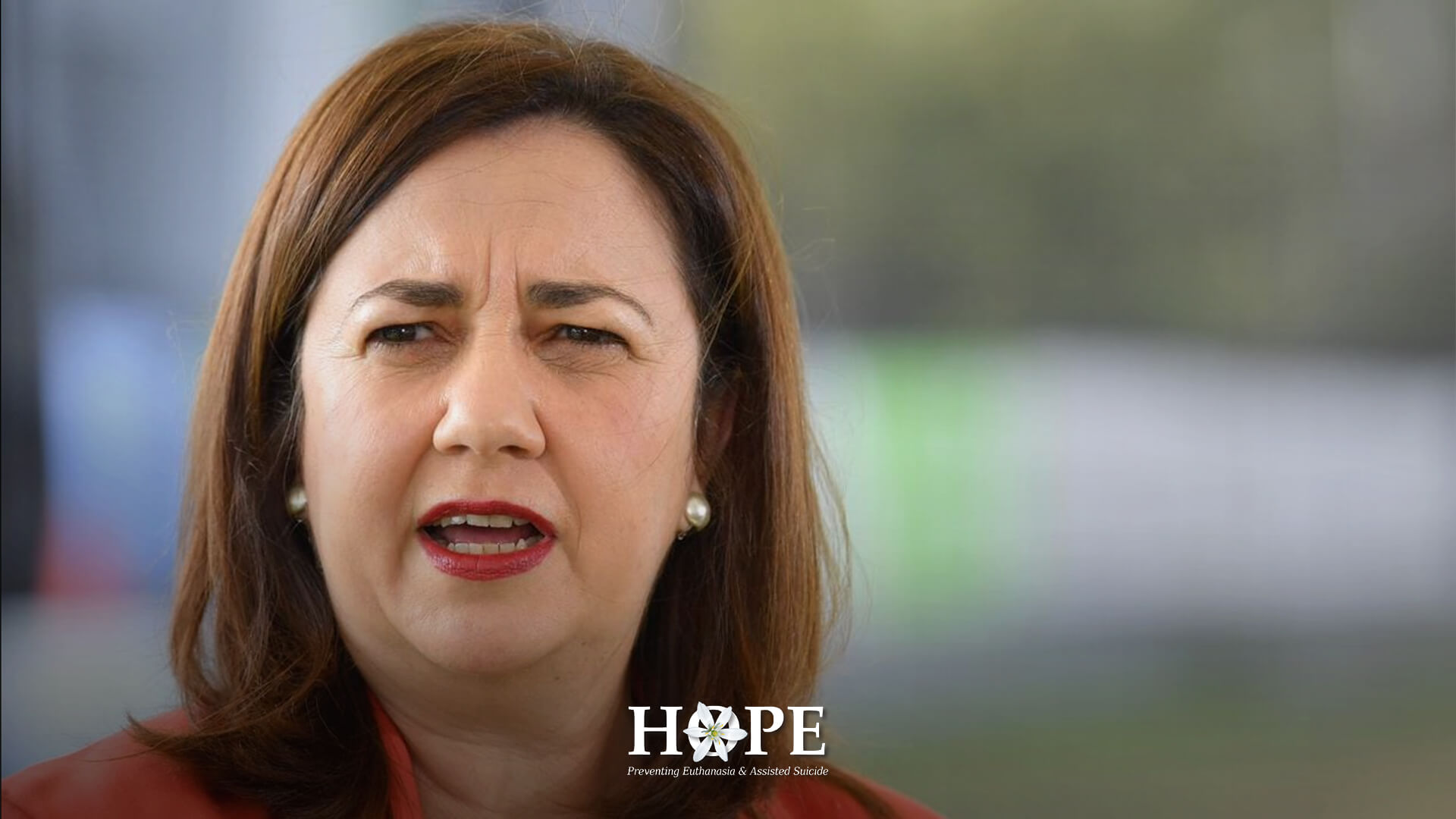 Earlier this week, the Queensland Government announced that proposed euthanasia laws for the state will now be introduced in May 2021, not 1 February as initially promised by Annastacia Palaszczuk on the eve of the state election.

The Queensland Law Reform Commission is now due to report back to the Parliament on 10 May 2021.

An “administrative error” is being blamed for the delay, with the government explaining that the Premier hadn’t realised what impact the caretaker period during the election would mean for the Law Reform Commission’s ability to seek public consultation.

However, an editorial in the Courier Mail this week (“Euthanasia backflip raises bigger issues”) has rightly called out the Premier’s election promise as being “pretty quickly… exposed as the cynical political ploy that it always was.”

“The Premier says she has now ‘listened’ to the varying calls for a delay because of the complexities and divergence of views from churches, doctors, ethicists and the Law Reform Commission itself.

But – it turns out – perhaps the Premier should have done the same during the election instead of making an unexpected ‘captain’s call’ on this most emotive and complex of topics.”

“The Premier has yet to fully explain what promoted her change of heart. She should.”

The Queensland Law Reform Commission – the body charged with developing the legislation for parliament’s consideration – had previously urged the government to set a realistic timeframe for the development of the legislation, given the complexity involved in drafting euthanasia laws.

This is an issue that should never have been politicised by the Premier. The fact that the government is considering legislation that will in effect remove the prohibition on the state killing its citizens means that it is not something that can ever be rushed, and certainly not at the urging of wealthy lobbyists.

How much confidence can the public have that this government is concerned about protecting vulnerable Queenslanders when it demonstrates its willingness to play politics with such a critical issue?