In an unusual display of bipartisanship, five Democrats and five Republicans have cosponsored a resolution in the United States House of Representatives warning that “assisted suicide (sometimes referred to as death with dignity, end-of-life options, aid-in-dying, or similar phrases) puts everyone, including those most vulnerable, at risk of deadly harm and undermines the integrity of the health care system.”

The resolution recites in its twenty-two preambular paragraphs, a series of substantial reasons for opposing the legalisation of assisted suicide, regardless of the particular euphemism used to describe its harsh reality.

The first reason given is that, while “society has a longstanding policy of supporting suicide prevention” introducing “a public policy of assisted suicide” directly undermines this.

The so-called Voluntary Assisted Dying bills, introduced simultaneously into the New South Wales and Victorian parliaments, would each adopt as public policy the availability of State approved assisted suicide for some members of the community, directly undermining the suicide prevention efforts in these States. 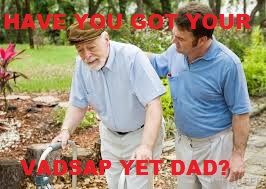 The Victorian Bill is particularly egregious insofar as it proposes a formal permit to be issued by the Secretary of the Department of Health and Human Services or any public servant to whom the Secretary delegates the power. This permit is to be called by the Orwellian title of “a voluntary assisted dying self-administration permit” (VADSAP). It will specify the person who is thereby authorized by the State to commit suicide and the particular poison to be used.

It is difficult to think of anything a State could do that more directly contravenes the fundamental message of all suicide prevention programs – that everyone’s life is of value and that there is always hope.

World Suicide Prevention Day 2017 was observed on 10 September with the theme “Take a minute, change a life”.

In Victoria if Parliament votes for the assisted suicide bill, public servants will take a minute to issue a suicide permit to end a life.

The bipartisan resolution goes on to identify the groups most at risk from assisted suicide: people who are elderly, experience depression, have a disability, or are subject to emotional or financial pressure to end their lives.

None of the so-called safeguards in either the New South Wales or Victorian bills provide effective protection for these groups of people.

The resolution cites the very telling data from Oregon that proponents never cite because it undermines the narrative on which they are marketing assisted suicide, namely that it is ONLY for a very small group of people who have unrelieved pain or other severe physical symptoms that cannot be helped by palliative care.

The Oregon Health Authority’s annual reports reveal that pain or the fear of pain is listed second to last (25 percent) among the reasons cited by all patients seeking lethal drugs since 1998, while the top five reasons cited are psychological and social concerns: “losing autonomy” (92 percent), “less able to engage in activities that make life enjoyable” (90 percent), “loss of dignity” (79 percent), “losing control of bodily functions” (48 percent), and “burden on family friends/caregivers” (41 percent).

The Victorian bill and the New South Wales bill facilitate assisted suicide on the basis of “suffering” which is “unacceptable to the person” (Clause 9(2) (e) – NSW Bill) or “that cannot be relieved in a manner that the person considers tolerable” (Clause 9 (1) (d) (iv) – Vic bill). This subjective approach to suffering is broad enough to encompass all the reasons given by Oregonians for requesting assisted suicide, including feeling like a burden on family.

The resolution also points to the flaws in the process set up in Oregon and the handful of other US States that have copied that model, including:

Neither the Victorian bill nor the New South Wales bill provides for such screening for depression but only for decision-making capacity (optional in Victoria, part of the process in NSW), that is the ability to understand basic information about the person’s condition and about assisted suicide. Most people committing suicide have full decision-making capacity but need help overcoming depression and other drivers of suicidal ideation.

Neither the Victorian bill nor the New South Wales bill provides for a health professional to be present at the time of suicide by poison. See information on medical complications in Oregon here.

Neither the Victorian bill nor the New South Wales bill provides for a monitor at the time the poison is taken, nor even requires that the person have decision-making capacity at that time, which may be months or even years after the poison was provided.

That it is the sense of the Congress that the Federal Government should ensure that every person facing the end of their life has access to the best quality and comprehensive medical care, including palliative, in-home, or hospice care, tailored to their needs and that the Federal Government should not adopt or endorse policies or practices that support, encourage, or facilitate suicide or assisted suicide, whether by physicians or others.

The States of New South Wales and Victoria would do well to adopt this wise and thoughtful approach to end of life care rather than facilitating the suicide of their citizens.