Victorian Upper House MP, Rachel Carling-Jenkins (DLP - Western Metropolitan) made a statement in Parliament last week expressing her outrage at the murders of 19 people living with disability in Japan.

ATTACK IN JAPAN: A HATE CRIME AGAINST PEOPLE WITH DISABILITIES 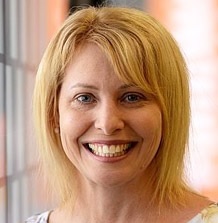 Dr CARLING-JENKINS (Western Metropolitan) 19th August 2016 - I rise today to express my shock and sadness at the killing of 19 people with disabilities at a Japanese residential care home on Tuesday, 26 July, over our winter break. This tragedy can only be described as a hate crime deliberately targeting people with disabilities. The man arrested for the stabbings, who killed 19 people and injured 26 others, had written a letter to the Japanese government. Part of that letter said, and I quote:

"My goal is creating a world in which euthanasia can be given to people with multiple disabilities â€” in cases where it is extremely difficult for them to live at home and be socially active â€” with the consent of their guardians."

Euthanasia and assisted suicide are dangerous expressions of ableism, something which many people with disabilities and their supporters will never give up fighting against.

Closer to home, I attended a protest with disability rights activists against the screening of the film Me Before You. One of the activists said that euthanasia in Victoria will never be voluntary while people with disabilities live with disadvantage and live in poverty. She urged the Victorian government to first concentrate on empowering people with disabilities to live as full citizens - to live well, with dignity - before considering any form of assisted dying legislation.

For a video of the Me Before You protest and interviews, CLICK HERE.