'Show me the money'. Market forces and the law of unintended consequences. 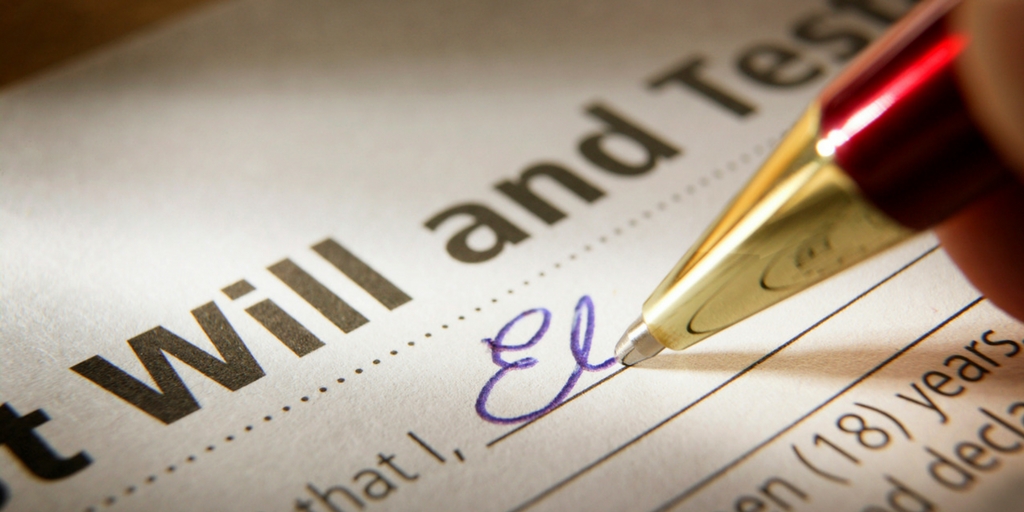 The Mother Situation is a brilliant short film by Matt Day that explores three siblings and their plans to be rid of their ailing mother and to access her estate. It's a side-splitting comedy about a very dark subject that has implications for issues such as euthanasia, assisted suicide and elder abuse.

The short film closes with the three accomplices waiting in their (now deceased) mother's lounge. A new character enters who we quickly learn is a real estate agent. As he provides an assessment of the value of their mother's property, the film closes at the siblings' jubilation.

Michael Griffith's play, The Magnolia Tree is as far from a comedy as one can get. Similar to The Mother Situation, the play centres around three siblings, an ailing mother, conflicting directions, motives and emotions and ends with a 'kill or care' decision made by the audience. Again, it's all about the money.

That 'inheritance impatience' is noted as a significant factor in abuse of elderly Australians is a hardly surprising. The wealthiest generation that has ever lived and likely will every have lived - The Baby Boomers - are beginning to pass from this world; not quickly enough, it seems, for relatives and carers seeking access to inheritance.

This is a significant and growing problem tackled over the last year and more by the Australian Law Reform Commission. Inquiries into Elder Abuse have been raised in State Parliaments and the issue clearly deserves attention. Given that such abuse is often hidden and victims are often left isolated and powerless, its insidious nature makes tackling the problem all the more difficult.

Money is a problem for euthanasia and assisted suicide laws as well. Not only is it possible that coercion by a relative might push an unwell elder to decide for an early death, but the money motive may also be a significant factor in public policy decisions.

A wise legislator once told me that the best approach to assessing any new law was to first try to find out who wins: where does the money go? That's not a question you would normally associate with thinking about assisted suicide and euthanasia which, whether you agree or not, seems to be entirely focused on a compassionate outcome. Yet, perhaps as an unintended consequence, the cry:'show me the money' can begin to alter the course of public policy in ways that do significant damage to society generally and people's attitudes to their own demise.

This is not something new. A doctor friend explained that everytime euthanasia had been brought up in discussions at medical conferences he had attended over the last 20 years, some 'bean counter' would raise the prospect of cost-saving on the public purse. In 2008 Baroness Mary Warnock told the UK Press that, "If you're demented, you're wasting people's lives â€“ your family's lives â€“ and you're wasting the resources of the National Health Service.

"I'm absolutely, fully in agreement with the argument that if pain is insufferable, then someone should be given help to die, but I feel there's a wider argument that if somebody absolutely, desperately wants to die because they're a burden to their family, or the state, then I think they too should be allowed to die."

The sense of being a burden is felt acutely by many of our elders. Adding a sense of responsibility to save the resources of the family or the state by making a 'brave decision' as one of the siblings in The Mother Situation crassly put it, is barbaric.

In the US we have seen at least four examples in recent years of private medical insurers refusing to pay for life-prolonging procedures but offering, instead, to pay a $100 or so for assisted suicide.

During the UK election we saw former Tory MP, Matthew Parris lamenting a dropped Tory policy to charge the estate of elderly people for their home care, claiming that it would have the positive effect of creating a 'Darwinian' social impetus for children of the aged and demented to push for euthanasia for fear of seeing their inheritances diminished.

In Canada, less than a year after the Quebec and Ottawa government's legalised forms of euthanasia and assisted suicide, a research paper entitled: Cost analysis of medical assistance in dying in Canada appeared in the Canadian Medical Journal (CMAJ). It found that "Medical assistance in dying could reduce annual health care spending across Canada by between $34.7 million and $138.8 million." The bean counters must have been in seventh heaven.

Daniel Fleming took up the 'economic argument' on the pages of the ABC's Religion and Ethics website citing the Canadian study:

"Soon after the legislation was introduced in Canada, the abovementioned study was undertaken which had the object of demonstrating the savings to Canadian tax-payers as a result of the legislation. At this point in time, such savings might be considered an ancillary purpose to the explicit purpose of providing PAS-E (Euthanasia and Physician Assisted Suicide). However, they reveal important facts: end-of-life care is expensive, and it is not impossible to imagine a government or healthcare organisation which needs to face this fact during a hard budget agreeing to focus more attention on the cheaper options of PAS-E than on other forms of end-of-life care, an approach which has already been suggested by one of the world's leading economists."

Famous Dutch euthanasia enthusiast, Dr. Boudewijn Chabot was perhaps commenting on the effects of such thinking:

"Ever since budget cuts turned chronic psychiatry into a diagnosis-prescription business, good treatment has become scarce."

Fleming warned about the law of unintended consequences:

"These are uncomfortable considerations, and they take the debate outside of its typical contours which consider the suffering of an individual and sometimes their family, and whether or not it is right for that person to end their own life with medical assistance. That debate still needs to be had. However we land there, it is crucial to remember that the debate takes place in an ideological context, and if or when the legislation is enacted it will be done in a way that takes it beyond the intent of those proposing it, and into the realm of the value set of capitalism. Any legislation or major social interventions has social consequences beyond its original purpose."

Will we, like the siblings in The Mother Situation and The Magnolia Tree, begin to count on the premature demise of our elderly and our infirmed to 'featherbed' our own later years or do we have the collective courage to say NO and to find more sustainable solutions? At the very least, we should acknowledge that 'market forces' and the 'value set of capitalism' will assert themselves.

The results are likely benefits for some and not to the commonweal to which we notionally all subscribe.