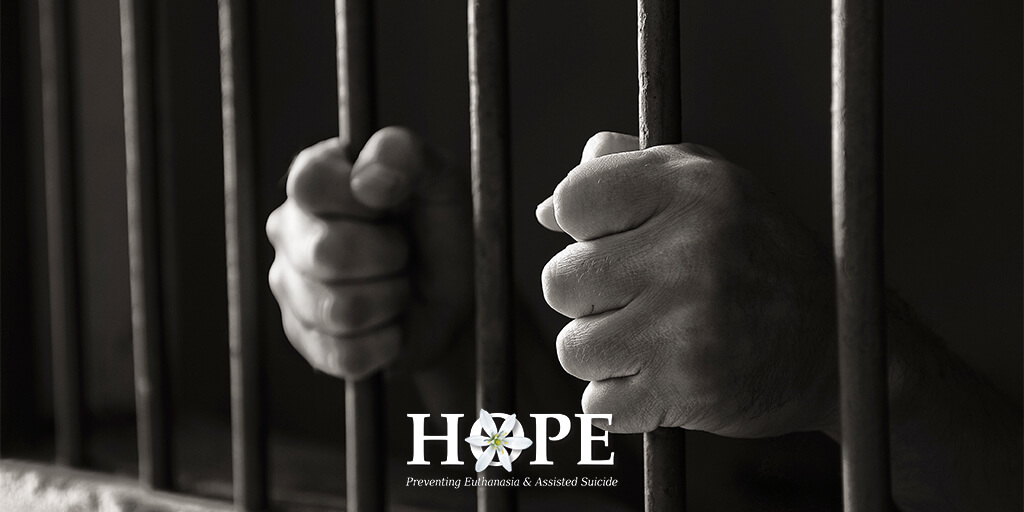 News has emerged that Switzerland has recently paved the way for prisoners to be able to request assisted suicide.

The issue gained attention when Peter Vogt, a prisoner currently serving a life sentence for the sexual assault of women and young girls, approached a Swiss assisted suicide clinic to request assisted suicide. He states that he is suffering from heart and kidney problems as well as several psychological disorders, and has made the following remarks:

"It is natural that one would rather commit suicide than be buried alive for years to come."

Euthanasia is not permitted in Switzerland but the law allows assisted suicide if the person carries out the act themselves.

Switzerland’s cantons, which implement prison sentences, have agreed “on the principle that assisted suicide should be possible inside prisons.” The director of the Conference of Cantonal Departments of Justice and Police, Roger Schneeberger, has indicated that a group of experts would issue recommendations by November 2020.

Vogt has also argued that ‘he should be able to benefit from Switzerland’s liberal suicide laws too.’ The argument being made is that why should one category of society (i.e. prisoners) be excluded from the right to decide on the manner and timing of one’s own death?

The issue of extending assisted suicide to prisoners raises more questions than it answers. As reported by Michael Cook:

“Euthanasia and assisted suicide in prison is always a controversial issue, even when they are legal. Informed consent is difficult to verify; the prisoners are evading their debt to society. The cost of maintaining inmates may decrease but voters may be horrified by utilitarian policies.”

How could authorities be confident that requests were made ‘freely and without coercion’? How would victim’s family’s feel about a prisoner choosing euthanasia and thereby escaping a long and gruelling life sentence behind bars?

This is not the first time this issue has been canvassed. In 2014, a Belgian prisoner, Frank Van Den Bleeken, serving a life sentence for rape and murder, was granted his request to die by lethal injection by the Belgian Court of Appeal in Brussels. He argued that he would rather “die with dignity” than remain in a state of unbearable anguish. Ultimately, his death didn’t take place; however his case opened up the conversation about the ethics of allowing prisoners the ability to request assisted suicide

Michael Cook explores some of the implications of extending euthanasia to those in prisons:

“[Assisted suicide for prisoners] certainly is different from euthanasia for terminally ill patients. They typically ask for death because of a diminished quality of life. However, the whole point of prison is to diminish quality of life. Euthanasia is often described as the ultimate exercise of autonomy, but prison in an environment in which autonomy is severely limited in many ways, physical and psychological.”

“The experience in Belgium and the Netherlands is that supporters of euthanasia keep widening the boundaries. At the beginning, it was meant only for people who were terminally ill and in great pain. Now it is available for children of all ages in Belgium and for the mentally ill. Euthanasia for prisoners in a few exceptional cases is certain to expand to all prisoners who demand it. In the claustrophobic atmosphere of prison life, it could become an epidemic, like tattooing and drugs.”

“And the idea will have a seductive attraction for politicians who have already reconciled their consciences to euthanasia for free citizens – the dregs of society find relief and the state is relieved of the cost of their care. What’s not to like?”