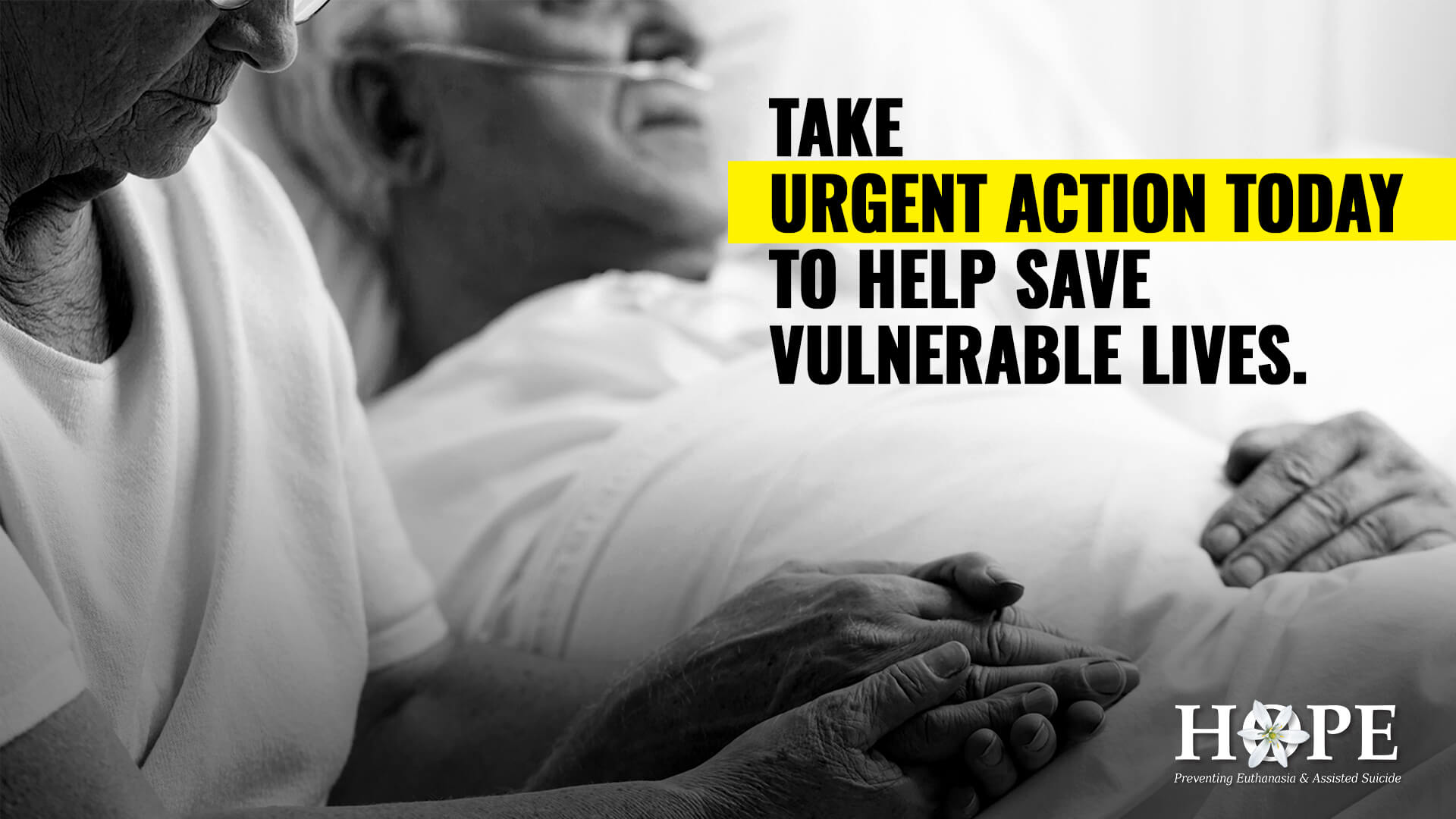 Despite 16 previous unsuccessful attempts to legalise euthanasia in South Australia, the death on demand lobby is at it again.

This is despite the most recent parliamentary report from the Joint Committee on End of Life Choices in South Australia. It recommended a ‘wait and see’ approach in relation to the introduction of legalised euthanasia and assisted suicide in Victoria and Western Australia, rather than rushing in to it without considering the consequences.

None of this matters to the activists who are doing everything they can to rush euthanasia laws through parliaments around Australia. Their goal is to get it done as quickly as possible; before people have the opportunity to see for themselves the high numbers of deaths, and realise how such laws put Australia’s most vulnerable at risk.

You can do something to help.

You can take a stand and push back against death on demand lobby extremists by signing the petition below to the South Australian Parliament.

Euthanasia tells the sick and elderly that their ‘choice’ of death is setting themselves or someone else ‘free’.

In reality, it puts society’s most vulnerable even more at risk, leaving them to the mercy of unscrupulous or unconcerned relatives and carers.

Our laws exist to protect human life, not end it.

Please take action today and tell the South Australian Parliament to reject these dangerous and misguided moves to legalise euthanasia.  Sign the petition today to send them a very strong message.

Together we can make a stand for life in South Australia.

To the South Australian Parliament

The Report of the Joint Committee on End of Life Choices that was recently tabled in the South Australian parliament following an extended inquiry process, did not recommend that euthanasia be legalised in the state.

Instead, it advised that the parliament should maintain a watching brief to see:

Despite this recommendation, pro-euthanasia activists are broadcasting moves to table a private members bill to legalise euthanasia in the state.

Euthanasia puts society’s most vulnerable citizens – the sick and the elderly – at risk.

Our laws exist to protect human life, not to end it.

We are calling on you to reject these latest moves to legalise euthanasia and put a stop to this slippery slope when it comes to protecting South Australia’s most vulnerable citizens.