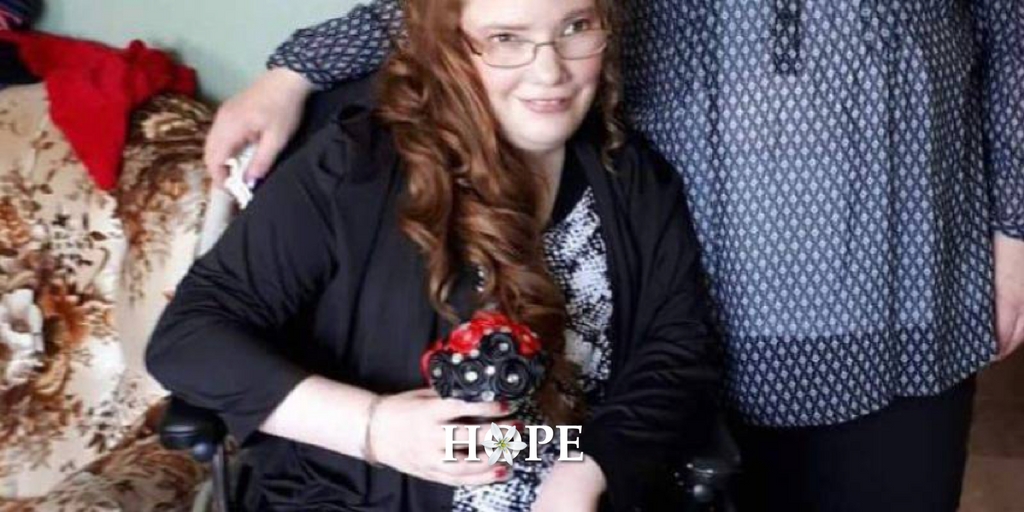 Candice Lewis is a 25 year old Canadian woman who happens to have cerebral palsy.

In September 2016 Candice went to the emergency room at Charles S. Curtis Memorial Hospital in St. Anthony after having seizures.

The doctor told her she was very sick and likely to die soon. He offered her assisted suicide.

The doctor also proposed assisted suicide for Candice to her mother Sheila Elson.

This offer was repeated despite both Candice and her mother making it clear that this was not an option Candice would consider. The doctor told Sheila she was being selfish by not encouraging her daughter to choose assisted suicide.

Candice describes how bad it made her feel that a doctor was offering her assisted suicide.

More than twelve months later Candice has recovered well and her health is much improved.

Candice hasn’t been having any seizures, is now able to feed herself, walk with assistance, use her iPad. She is more alert, energetic and communicative.

She was able to walk down the aisle as a bridesmaid at her sister’s wedding in August 2017. She is doing what she loves most, painting and being with her family.

Candice and her mother Sheila have been interviewed by Kevin Dunn, who is producing a film on euthanasia and assisted suicide called Fatal Flaws. The film of the interview can be viewed here.

There are several take home lessons from Candice’s experience:

Legalising assisted suicide and euthanasia puts people at risk of being wrongfully killed due to errors in prognosis or discrimination. It subverts the nature of the medical profession and destroys trust in doctors.

It is not a path any Australian State should follow.