Draft Tasmanian bill is like ‘lipstick on a pig’ 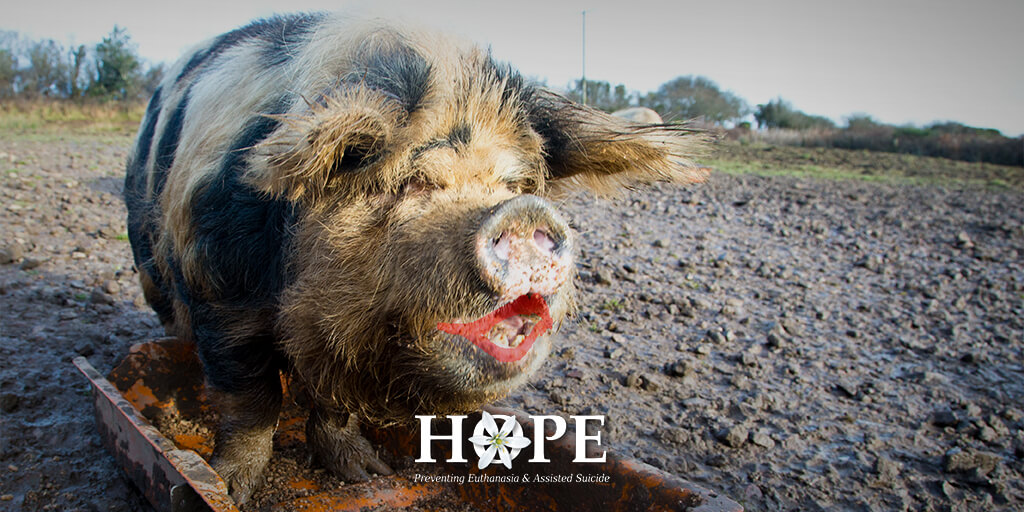 Tasmania’s Independent MLC Mike Gaffney has released another draft of his euthanasia and assisted suicide bill, purportedly after “wide” community consultation on the previous draft.

Unfortunately, the changes to the bill appear to be largely cosmetic; the underlying ugliness remains.  Just like putting lipstick on a pig.

It’s all just semantics, and most of the problems with the original bill haven’t been changed in the latest draft.

Under the current draft of the Gaffney bill:

There are really only two key changes to the bill.

The first is that, unlike the previous draft of the bill, a person now needs to have an illness that is expected to cause their death before being eligible for euthanasia or assisted suicide.  Kept very quiet by proponents of this bill, the previous draft had no such restriction.  However, even this restriction is only temporary, with the latest draft of the bill now requiring that a review occur to contemplate extending euthanasia for people suffering from “a disease, illness, injury or medical condition that is not expected to cause the death of the person” after three years.

The second is that there is now a process for people to request a review of an approval or rejection of an application for euthanasia or assisted suicide.  However, given the time between first and final request for euthanasia can be as little as four days, it is unclear how much of a safeguard this review process is.

Make no mistake, despite the window dressing, Gaffney’s bill is still as deadly as ever.