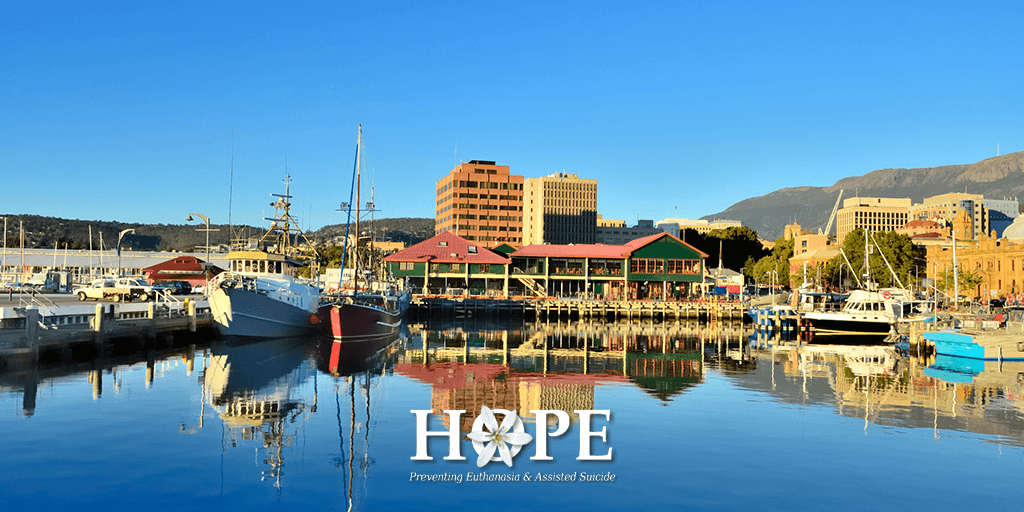 2019 looks set to be a big year when it comes to the fight against assisted suicide in Australia.

Tasmania is the latest state to be considering legalising assisted suicide, with news reports that a private members bill will be introduced in the coming year. According to the report, the bill is likely to have cross party support from Liberals, Labor and the Greens.

Disappointingly, Liberal Premier Will Hodgman, who voted against the last bill to be debated in the Tasmanian parliament in May 2017, has indicated an openness to vote in support of a new bill, if it “contained improved measures to protect the vulnerable.”

Yet we know from the experience both in the Northern Territory and from overseas jurisdictions that there is no safe way to legislate to protect vulnerable people when it comes to assisted suicide legislation.

In the Victorian legislation which is due to commence in June 2019, there is no adequate protection for mentally ill patients accessing the regime, and whilst the doctor is required to inform the patient of all of their options (including palliative care options) there is no requirement on the government in the legislation to adequately fund palliative care. Thus, it is likely that some vulnerable Victorians will access an assisted suicide regime because of their inability to access adequate palliative care.

The way the story about the Tasmanian Parliament was written attempted to create an impression of inevitability about the legislation passing.  This is similar to the news stories that were published before the debate about the Leyonhjelm Bill in the Senate, which also gave the impression that it was a foregone conclusion that the private member’s bill would pass.

However, despite the momentum created by the media, the bill was defeated. This demonstrates that every vote counts and that your voice matters.  Now more than ever, we need to keep working hard to make sure that politicians and the public are being informed about the risks inherent in legalising assisted suicide.

There is no safe way to legalise assisted suicide and protect vulnerable people. Our society has had a long-standing prohibition against killing for this very reason.