Ten things to know about the Tasmanian euthanasia bill 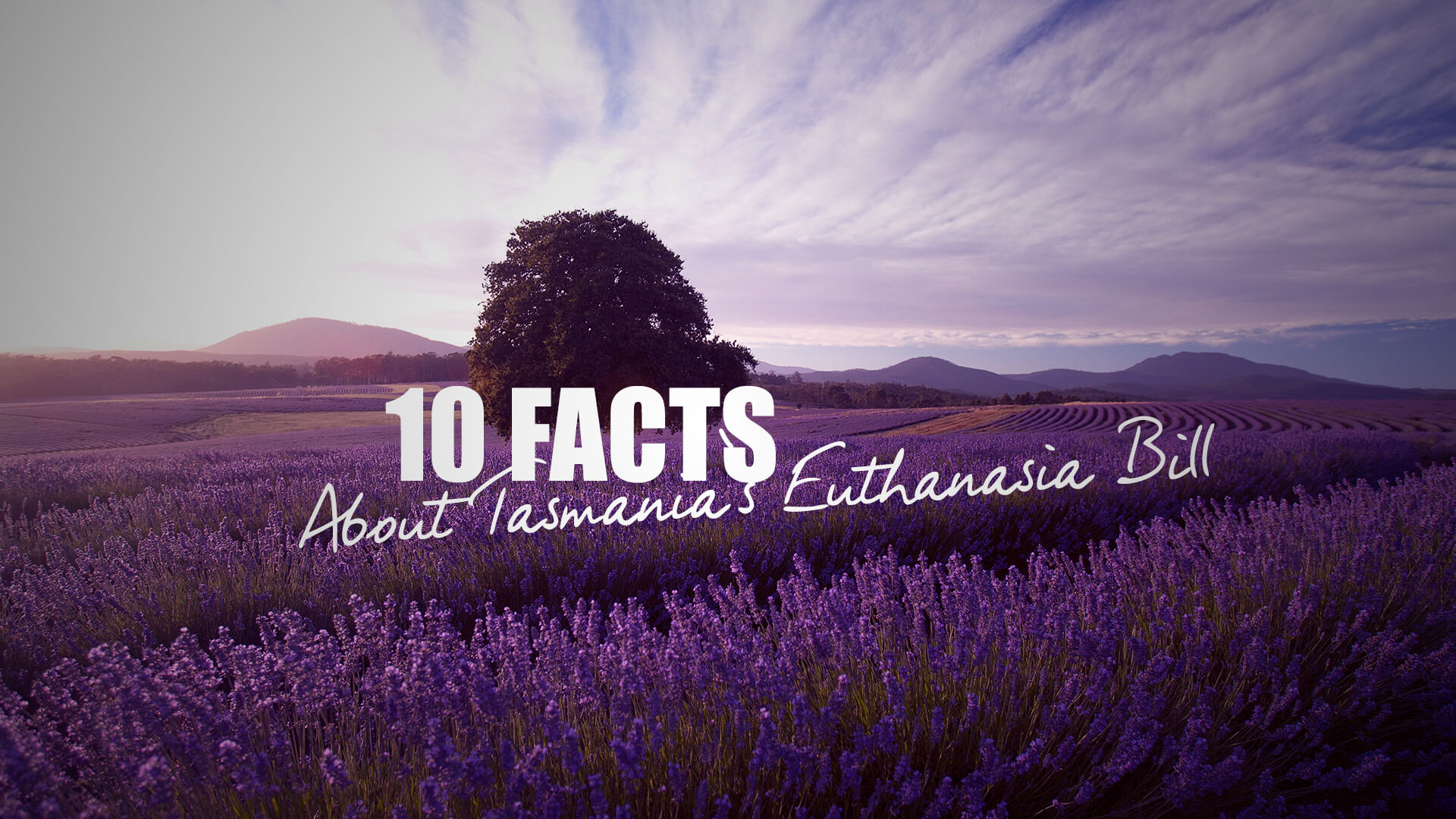 Independent Tasmanian MLC, Mike Gaffney, has just released a consultation draft of a euthanasia and assisted suicide bill for that state.

It is the fourth attempt to push euthanasia and assisted suicide in Tasmania, with two-thirds of Tasmania’s Lower House voting against a similar bill less than three years ago.

What’s different about this attempt is that it doesn’t even pretend to hide its extremism, dispensing with many of the so-called safeguards present in Victorian and West Australian laws.

While there is much to discuss with this new bill, here are ten things you need to know about the End-of-Life (Voluntary Assisted Dying) Bill 2020 (Tasmanian Bill).

Euthanasia open to the paralysed and chronically ill[1]

In order to be eligible for euthanasia or assisted suicide, patients in both Victoria and Western Australia need to have a disease, illness or medical condition that “is advanced, progressive and will cause death.”

Likely death is not required in the Tasmanian Bill, with a person being able to access euthanasia or assisted suicide if they have a “disease, illness, injury or medical condition” that is “serious, incurable and irreversible.”

In addition to the removal of the requirement of a terminal illness, the addition of “injury” to the eligibility criteria shows an explicit intention to expand euthanasia and assisted suicide to the injured and the chronically ill.

Under these proposed criteria, those who are paralysed or who are subject to chronic illness such as arthritis would be equally eligible to die.

In order to be eligible for euthanasia or assisted suicide, patients in both Victoria and Western Australia need to be expected to die within 6 months (or 12 months for a neurodegenerative illness in WA.)

There is no such requirement in the Tasmanian Bill, with the prognosis of the patient not relevant to eligibility.  A person could be years or even decades away from death and still be eligible for lethal drugs.

In order to determine eligibility for euthanasia or assisted suicide, the medical practitioner only needs to assess the patient’s decision-making capacity, that is their ability to understand, remember and evaluate the information provided to them.  There is no need for a person to undergo a psychological or psychiatric assessment, nor is there any prohibition on providing lethal drugs to a person suffering from anxiety or depression, providing they have the requisite decision-making capacity.

The Tasmanian Bill dispenses with this residency requirement.  A person who was born in Tasmania or who has lived there for a continuous 12-month period at any time in their lives will be eligible, opening the door for Tasmanian ex-pats to have access to lethal drugs.

As long as the patient meets the very weak age, residency and capacity requirements, the only other eligibility criteria is that they are “suffering intolerably” from their medical condition.  The test for this is completely subjective, and includes anticipation of future suffering as being sufficient to meet this test.  So, a patient does not even need to be experiencing any physical or emotional suffering at all in relation to their condition; all that is required is that they anticipate that they will suffer.

Physical consultation of patient is not required[6]

In Western Australia, a state much more expansive than Tasmania, the use of audiovisual communication is only permitted if an in-person consultation not practicable.

Unless there are extenuating circumstances, both the Victorian and West Australian laws require that at least nine days must pass between a person making a first request for euthanasia or assisted suicide and making a final request for the same.  This has been reduced to less than half the time in Tasmania, with just 48 hours needing to pass between first and second request, and another 48 hours between second and final request for death.

No requirement that the doctor specialise in the patient’s condition

In Victoria, there is a minimum requirement that at least one of the medical practitioner agreeing to the patient’s request for euthanasia or assisted suicide have some specialist training in the relevant illness of the patient.  In Western Australia, while the doctors do not need to be specialists in the patient’s illness, there are minimum experience requirements that a doctor has to meet before being able to sign off on euthanasia.

This is not the case in the Tasmanian Bill, where there are no minimum requirements for the length of experience of a medical practitioner.  The only requirement is that they have completed the online[8] training course for assisted dying sometime in the five years before a patient makes a first request for euthanasia or assisted suicide[9].

No prohibition on the practitioners initiating euthanasia discussions with patients

Under the Victorian law, doctors and other health practitioners are prohibited from initiating a discussion with a patient about euthanasia or assisted suicide.  In Western Australia, medical practitioners are only allowed to raise if they also provide information about other treatment options, including palliative care. This is a safeguard that takes into account the ability of doctors to influence the decision of their patients.

This safeguard has been dispensed with in the Tasmanian Bill.

In what is an extraordinarily brazen indication that euthanasia and assisted suicide will eventually be extended to minors, the Tasmanian Bill mandates that the first review of the legislation – to be conducted two years after the law commences – must include a review of whether the law should extend to minors.

The relevant clause[10] of the Tasmanian Bill reads:

The first review… is to include a review as to whether persons who have not attained the age of 18 years ought to have access to the assisted dying process under this Act.

The proponents of the Tasmanian Bill have not even tried to hide their intention to expand the bounds of the law, essentially grandfathering the slippery slope into the law.  By dispensing with small safeguards found in Victoria and Western Australia laws, before the latter has commenced and before the former has had time to make its first report, euthanasia advocates in Tasmania have shown just how extreme their cause is.