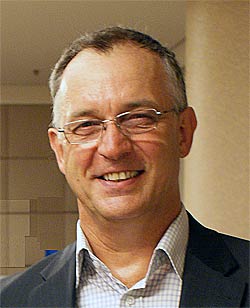 In June last year the Legal and Social Issues Committee of the Victorian Parliament released its report in the matter of the 'Inquiry into End of Life Choices'.

Recommendation 49 of that report called upon the Victorian Parliament to legislate assisted suicide for people, "suffering from a serious and incurable condition which is causing enduring and unbearable suffering" and that these persons must be "at the end of life (final weeks or months of life)".

The recommendation was never going to please everyone who is arguing in support of legislative change. Victorian Coroner John Olle likely stands amongst them. He had earlier presented to the committee regarding 240 suicides over a five year period for people who had 'irreversibly diminished physical health' of whom he said:

"â€¦ the people we are talking about in this small cohort have made an absolute clear decision. They are determined. The only assistance that could be offered is to meet their wishes, not to prolong their life." How he knows that for certain is unclear.

Yet less than half of that number would have likely qualified for assisted suicide under the final recommendation according to the case descriptions later submitted to the committee by the Coroner's office. What of the rest? What of Olle's impassioned plea that these people deserved assisted suicide rather than suicide? Are they to be left out? Perhaps, but not if Dr Rodney Syme gets his way.

Syme wrote last year to the Victorian Health Minister on behalf of the Victorian pro-euthanasia lobby calling for an extension to the the committee's recommendation to include people who have an 'advanced incurable illness'; in otherwords, not simply those who are clearly close to dying. Yet even this extension may only have drawn into the orbit of assisted suicide a few more of Olle's cohort.

Syme's logic is internally consistent and compelling if, in fact, the aim of such legislation is to relieve suffering. It is not only those who are close to death who suffer. This is the same sort of argument put to the Belgian people regarding child euthanasia in 2013 and is the same argument circling in Holland at the moment in regards to proposals for child euthanasia and euthanasia for people who are 'tired if life'. A few years ago in a debate in Brussels I heard one of the academics behind their euthanasia legislation make it perfectly clear that he wants to eliminate all suffering. Think about what that may mean. It sounded to me more like a pogrom than a humanitarian endeavour. Scary stuff.

Syme put the same case to the Victorian public again recently on the pages of The Age on Sunday. He and the pro-euthanasia lobby have hitched their wagon to Coroner Olle's highly emotive presentation last year. Syme uses Olle's work in a similar way as Premier Andrew's did in announcing government support for the committee recommendation in December last year.

"The evidence of the Victorian coroner, upon which the inquiry placed great weight, reveals that at least half of the three to four Victorians a week who because of a serious medical condition commit violent suicide do not have only weeks or months to live. They had what I describe as an "advanced incurable illness" - note the similarity to "a serious and incurable illness" cited by the inquiry."

Syme laid out his case:

"It is not difficult to comprehend that people with chronic heart or respiratory failure, perhaps reliant on continuous oxygen, suffering from fatigue, diminished mobility, pain, and, most importantly, severe breathlessness, have a serious and incurable illness, but their trajectory to death is unpredictable."

Right again. Unpredictable, certainly; but many people - most people in such circumstances learn to deal with their condition and, with good support and a good medical regime, lead productive lives - just as those who are closer to death most often do. Syme's sleight of hand here is to take the particular - that some people may suffer significantly - and reform it as a faux general principle: that people with these conditions will suffer significantly and will want to die.

Olle's intervention points to a small cohort who sought another way out. Did they receive good support? Did they have family and friends to care for them? Were their symptoms well managed? These are the questions we should be asking; not leaping so easily to the conclusion that nothing else could be done except to offer the assisted version of suicide. No one doubts that life with a debilitating illness is difficult, but you would think from the way this discussion had been framed that it is impossible. You can also hear in the subtext: "Oh! If I was (insert condition here) I wouldn't want to live either!"

Suicide is suicide. We should no more suggest suicide for suicide than we would encourage an individual on the precipice to jump. This is absurd.

Syme goes on to draw into the orbit of his preferred plan for Victoria people living with a disability, again generalising:

"Similarly, people with neurological failure, such as multiple sclerosis, motor neurone disease and Parkinson's disease, who have progressive diseases, and those with profound stroke or high quadriplegia who have a static condition, may have an ill-defined trajectory to death, and while suffering unbearably, may be discriminated against by narrow legislation."

This is deeply offensive. Syme's is not only a generalisation in extremis, it also displays an ugly, ableist view of disability that is disturbing. Poor them! I wouldn't want to live if I was like them. This deserves to be rejected, nay condemned. Surely we are not under the grip of another Binding and Hoche!

My friend Sam Connor, a disability activist from Western Australia, is likewise incensed by Syme's attitude and those in his cohort:

"If it was anyone else who wanted to commit suicide - and for us, it is often because we're not given the support and opportunities to live a good life - a helping hand and suicide prevention plan would be extended to us. They regard us as other, and less than."

"(t)hey genuinely do not understand what it is to be disabled and their idea of 'dignity' (this concept always makes us laugh) is framed from their own, ableist perspectives."

"There is a great discrepancy between the fact that doctors will go all out to save an injured person in a hospital, but some 'doctors' will advocate to end the life of an otherwise healthy disabled person who they consider less worthy of being alive."

"The idea that someone thinks my life is less worth living than theirs is not only inconceivable, but offensive. The idea that the people saying this are doctors, who are taught to preserve life, is abhorrent.

"Rodney Syme can keep his opinions to himself."

Can we say that Syme's 'wish list' approach and plea to extend the reach of the assisted suicide is simply a thought bubble from someone who perhaps has been too close to the issue for too long? Jill Hennessy, Victoria's Health Minister would wish it were so. Last year she warned activists that they needed to 'Go softly or (the) law will fail' adding that it is all about saying 'let's get the best ­result we can'?" Syme's extension plans clearly test an uneasy coalition of the willing.

Syme's regimen is extremely close to the way euthanasia works in Belgium (except his is for assisted suicide). Both in Belgium and Holland, cases pushing at the boundaries and beyond of what their law actually intended and provided for in practice are reasonably frequent. It is also extremely close to the form of the bill put forward in South Australia last year by Steph Key MP which was virtually run out of town until it was replaced by a bill more aligned with Minister Hennessy's advice to 'go softly'. Incidentally, Andrew Denton also backed Steph Key's original bill with a significant campaign.

The question is, assuming that Syme's pleas fall on deaf ears and the bill follows more closely to the original recommendations, do you think that Syme, Denton and their colleagues will simply shut up shop if the bill passes? You know: pop a Moet or two and then ride off gently into the sunset! Not likely. Syme himself argues that the exclusion of people in his extended cohort is discriminatory. If not he, then assuredly someone else will take up the batton and, replete with a stream of supposed hard cases, will argue that the law needs to be changed as a matter of justice. That will be hard to argue against; after all, the principle that says that it is okay to help someone to kill themselves will have already been settled.

"The discussion (about euthanasia) also extends over the edges of the law. Because there are people who are not sick, but go to sleep every night with the hope that they will not wake up. Because they only continue life as suffering. Because they are done with life.

"One thing is certain: on euthanasia and assisted suicide, we will never be finished."

Then the best protection, therefore, is simply not to start.