The devastating message being conveyed to people with disabilities 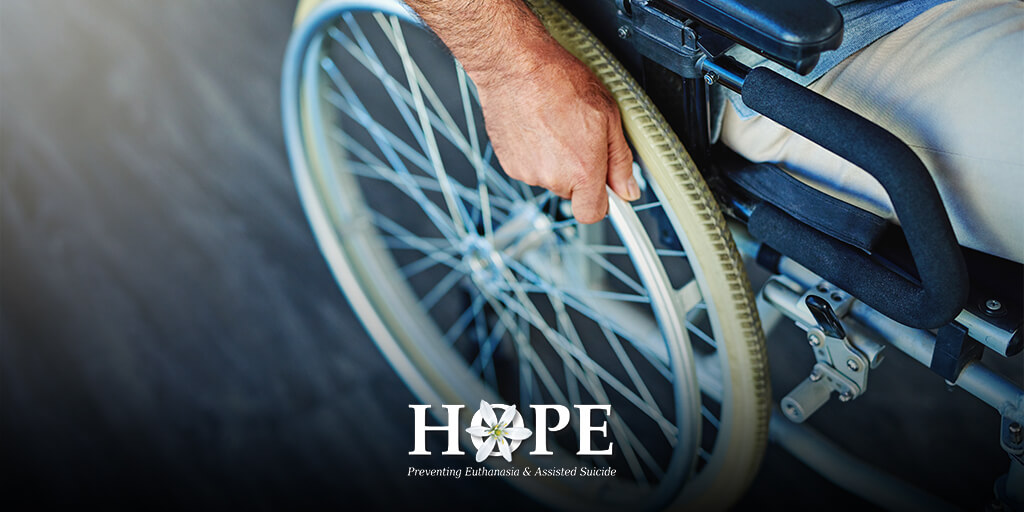 In a recent article, researcher Danielle van Dalen highlighted the dangers inherent in assisted suicide legislation when it comes to unintended negative inferences conveyed by such laws in relation to certain groups in our communities:

I am sure that many of us have had that moment, when we realise we have been talking about something and not realised that someone else is listening in and has been hurt by what we have said.

It seems to me that the conversation around assisted dying can be like this.

While euthanasia and assisted suicide are generally proposed as a compassionate response to the end of life, we can forget that these proposals are also heard by many vulnerable people who hear that society agrees with their worst thought: their life might not be worth living after all.

In particular, what message are we unintentionally (or otherwise) sending to people with disabilities in our communities when we legalise euthanasia and assisted suicide? What happens when you read official government reports that outline the reasons that people have asked for assistance with their suicides, and these include ‘losing autonomy’ or ‘losing dignity’ or feeling that you are a burden on friends, family and carers?  Whether intended or not, the message being conveyed is that suicide is a better option than having to endure life in that way.

Indeed, the top five reasons people give for requesting assisted suicide in Oregon are loss of autonomy, being unable to participate in activities that make life enjoyable, loss of dignity, loss of bodily functions, and becoming a burden on family, friends and caregivers.

Terry Hancharick has been a disability rights activist for 32 years. Her daughter Brigitte is 32 years old and has quadriplegic cerebral palsy, profound cognitive disabilities, epilepsy, chronic pain and multiple other medical disabilities. She is lobbying against the introduction of assisted suicide laws in her home state of Newark in Delaware, USA.

The top five rationale [for assisted suicide in Oregon] are descriptions of my daughter and other Delawareans with disabilities.

She comes right out and says what polite society doesn’t want to acknowledge out loud:

Able-bodied people cannot tolerate the prospect of becoming a person with a disability and developing dependencies on another person. They are so appalled at the loss of ‘dignity’ this dependency brings that suicide is preferable to disability.

It goes like this. ‘I would rather die right now by a prescription for suicide than to lose all dignity and turn into one of those people with disabilities for six months or less.’

Assisted suicide for this rationale supports the doctrine of better off dead than disabled.

HB140 [Delaware’s assisted suicide bill] is a judgment on the quality of life of my daughter and all people with disabilities.

There are no safeguards against social and medical bigotry toward a person with significant disabilities.

…the basic dangers of legalising assisted suicide are inherent and cannot be eradicated.

The dangers of legalising assisted suicide can be profound for the disability community. As the Autistic Self Advocacy Network explains:

When people are offered the option of suicide but not the option of affordable home care, they do not have any meaningful choice. People with significant disabilities due to illness should not have to die in order to have dignity.

Instead, they need access to the things that help them make the most of their remaining time: quality palliative care, respectful in-home supports, counselling, and assistive technology to maximise autonomy.

People with disabilities in our community deserve so much better. They deserve laws that affirm the unequivocal message that every life is worth living and that we as a community will stand with them no matter what.