The farce of ‘strict safeguards’ 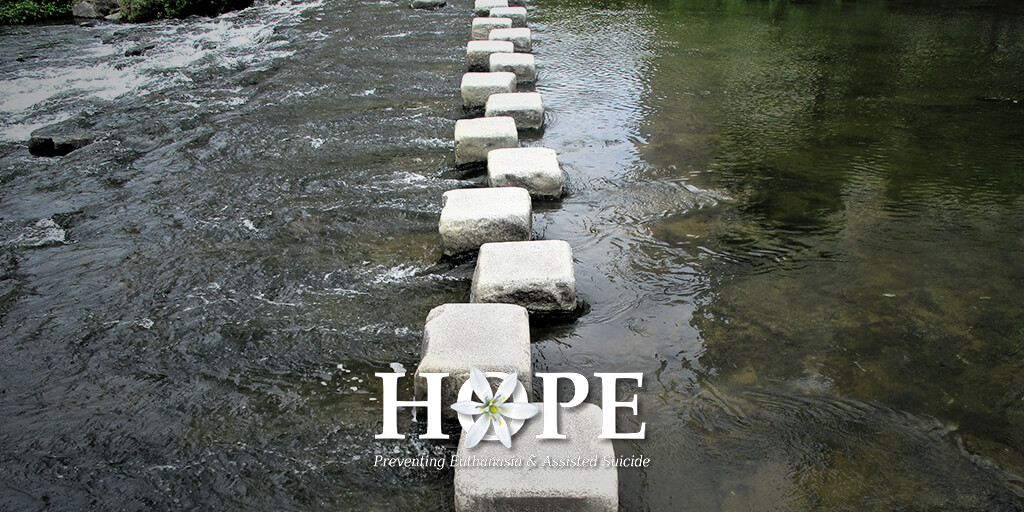 Everyone is familiar with the concept of “getting a foot in the door”.

The same principle applies to legislation.

Last month something very significant happened: Oregon amended its euthanasia laws to make it easier for people to access death on demand.  The jurisdiction most often cited by pro-euthanasia advocates to support their claim that the laws won’t necessarily relax after you legalise euthanasia just relaxed its laws.

Around the world, the “strict safeguards” that societies were initially reassured with have been thinned over time as politicians, activists and lobbyists built on what was only ever a starting block in their minds: the initial stepping stone legislation, the “foot in the door”.

Sadly, it seems Australia will not long be an exception.

Even before Victoria’s euthanasia laws came into effect in June, significant numbers of disappointed parties were already coming forward to express their despair and anger.

The bill, yet to be made law, was already a disappointment; due to its restrictions, they didn’t qualify for euthanasia.

Now, not yet two months into the regime, the legislation’s safeguards are being dubbed a “red-tape bottleneck”; delaying the death of euthanasia hopefuls or disqualifying them altogether.

As has been the case in every other country and state that has legalised euthanasia, more people want access to it than the current laws allow.

Particularly poignant are the cases of elderly Australians who are in good health; they wish to die because they’re sad, lonely, tired of life and the aging process or a combination of all three.

Devastatingly, rather than seeking to give hope and meaning to them, the death lobby would have us believe that “hav[ing] lost all hope of a meaningful future” is “just as bad” as “experiencing terrible physical pain”.

As Monica Dux writes, “we often assume that wanting to die is always irrational and wrong, unless perhaps you are experiencing terrible physical pain. But isn’t it just as bad to have lost all hope of a meaningful future?”.

Dux seems not seem to realise that that is the very definition of suicide.

She tells of a friend who is in a good nursing home, visited regularly by friends and family and sound of body (save for the aging process) and mind.  But he wants to die.

Dux sympathises, but not as we ought to sympathise.

“Shouldn’t we at least have the courage to open up a wider conversation about the rights of the very old, and the possibility that they might rationally choose to die, not because they’re in terrible pain, or are suffering from a terminal illness, but simply because they’ve had enough?” she asks.

Comparing her friend to David Goodall, the 104 year-old in good health who last year took himself to Switzerland to be euthanized, she writes:

…when he reached the point where he felt he was no longer able to contribute, life started to lose its value for him.

…he had lost any hope of what he judged to be a meaningful future. And without that, life became a burden, not a blessing.

As the safeguards of the Victorian legislation undergo censure for being too restrictive, this manner of tragic rationale sends a deadly message to our precious seniors:  maybe you have a use by date after all – if you feel you can no longer contribute and life has lost value, it may well be true.

“…if a very old person feels they have reached the point where they no longer have any prospect of a meaningful existence, why should we require them to continue, enduring discomfort and indignity without any purpose?” Dux asks.

Instead of offering them hope, encouraging them with reasons to live, opening up avenues for them to fulfill our basic human [at any age!] need to be needed, Dux believes in euthanasia for these elderly as opposed to their being “forced to live lives that have dragged on past the point of hope or meaning”.

We can’t say that we haven’t been warned. Proponents giving evidence to inquiries in WA and Queensland (most recently) reveal much about the strategy of those wanting to legalise euthanasia in this country. They openly state that they are engaging in the ‘art of the possible’. Legislation with ‘strict safeguards’ is the only legislation that politicians will agree to at this time and so that is what is being supported by proponents. The push to expand the eligibility criteria always follows later.

Others of course, like Philip Nitschke have dropped the pretense altogether and just come right out and slam legislative safeguards as ‘beg and grovel’ provisions.  Their stated goal is suicide on demand for ‘rational adults’.

What is clear is any legislative change to allow doctors to kill their patients will slowly but surely change our society. And there is no knowing where it will lead.

In the words of Professor Margaret Somerville, “Once we cross the clear line that we must not intentionally kill another person, there’s no logical stopping point.”