The lie of freedom of conscience guarantees 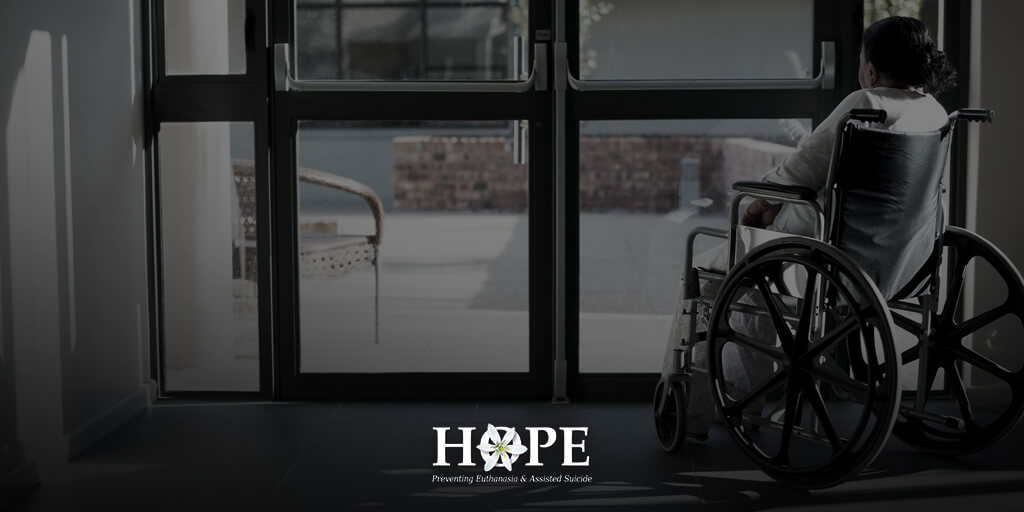 Despite assurances by euthanasia proponents that legalisation would not affect the rights of individuals and organisations to conscientiously object, the current bullying of a British Columbia palliative care hospice is showing just how deceptive and misleading these assurances actually were.

Four years after legalisation of euthanasia and assisted suicide in Canada, we have seen the way that this supposed “guarantee” of freedom of conscience has been whittled away in parts of Canada, with organisations and individuals alike being bullied into providing euthanasia. This is despite the Canadian legislation providing in its preamble that “nothing in this act affects the guarantee of freedom of conscience and religion.”

As we have reported previously, the Irene Thomas Hospice in British Columbia is a private palliative care hospice that provides cares for patients at the end of life. The Delta Hospice Society, which runs the hospice, has been notified that its $1.5 million annual government funding is being withdrawn in a year’s time because it refuses to provide euthanasia and assisted suicide on its premises.

The hospice is adamant that euthanasia and assisted suicide are NOT palliative care. It wants to continue to provide care for its patients in a facility where residents can be assured that physician assisted suicide doesn’t take place.

The president of the Delta Hospice Society Angelina Ireland has stated:

“…the society [that runs the hospice] is a private organisation aiming to affirm the heritage and identity of palliative care.”

“We are talking about palliative care and we’re talking about (medical assistance in dying) and it’s disingenuous of the government to try and put those things together.”

The battle lines have been drawn. In an extraordinary attack, the hospice is being accused of causing ‘anxiety’ because of its refusal to provide euthanasia. In return, the hospice is accusing the government of undermining the very nature of palliative care by threatening removal of funding:

“what we have is a government that wants to destroy palliative care for their own ideological reasons or economic reasons.”

There is genuine concern about the direction in which health care is headed in Canada. Doctors in Canada have sounded the alarm at the profound and negative impact that normalised euthanasia is having on the day to day provision of palliative care. They have also warned that the false conflation of euthanasia with palliative care has exacerbated the confusion in minds of the public, to the detriment of terminally ill patients.

The death lobby however is giving every indication that they won’t be placated until all organisations and all medical professionals are forced to provide euthanasia on demand.

The consequence if you don’t acquiesce? Lose your government funding or be forced to change your field of medical expertise.

The debate is being framed in terms of the “rights” of terminally ill people to choose euthanasia and assisted suicide, over and above all other rights.

The bullying of the Delta Hospice in British Columbia reveals the true agenda of the death lobby; not content with just overturning laws to allow euthanasia and assisted suicide, they want to force “every palliative care unit and hospice and every medical professional” in Canada to provide it, even where it goes against the organisation’s objectives or a person’s conscience.

Is this an indication of what lies in Australia’s future as well?