The “logic” of euthanasia explained 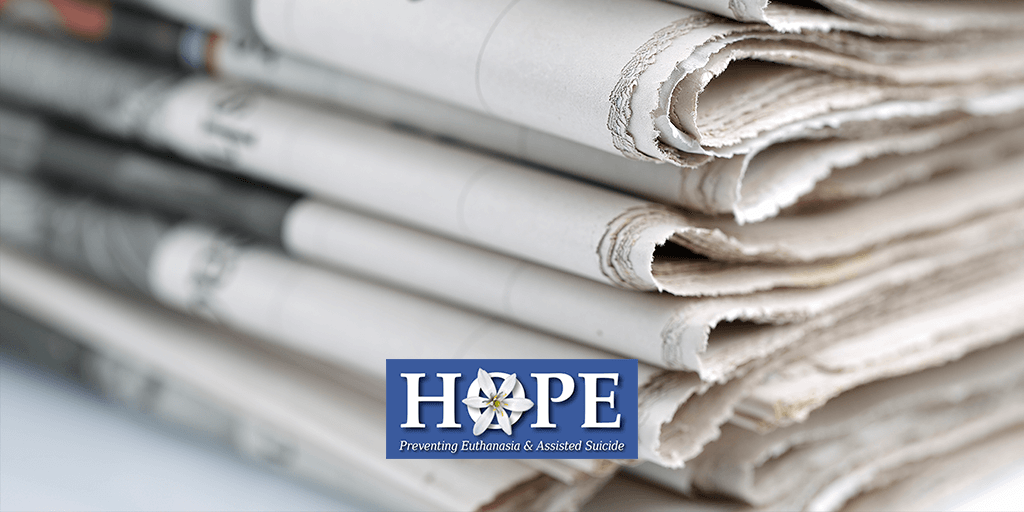 Journalist and Studio 10 personality Joe Hildebrand has articulated clearly the problem with euthanasia and assisted suicide: the logic behind it.

Hildebrand takes euthanasia to its logical conclusion, and demonstrates that the only ‘fair’ way to legalise euthanasia and assisted suicide is to open it up to a broad range of people.

“After all, we are all going to die anyway and so why, when the end is imminent, should we not go out in a time and manner of our own choosing?” he muses.

“And, for that matter, why should that choice be restricted to those with imminently terminal illnesses? Surely people with chronic conditions that subject them to unbearable pain also deserve the right to die when the agony becomes too much.”

He goes on to extend the categories of those who should be eligible for lethal drugs, based on principles of fairness and logic.

“[M]ental health is just as important as physical health and can be just as debilitating. And so obviously anyone who is in such intense psychological anguish that life is unlivable should be able to end theirs with dignity.”

“But the arguments don’t end there. As has been front page news in recent weeks, aged care is incredibly expensive — even if the quality of it is often appalling."

“Add euthanasia to the mix, however, and both problems solve themselves. Suddenly the elderly don’t need to suffer anymore and the government saves tens of billions of dollars. It’s win-win."

“The same of course goes for people of any age with profound disabilities.”

Hildebrand goes on to recognise the pressure that would be brought to bear on people to opt for euthanasia:

“And of course any thoughtful or considerate person would not just contemplate their own wellbeing but also that of their loved ones. They would hardly want to be a physical or financial burden on their beloved children, whose happiness they have always put above their own.”

His thoughts accord with data recorded in Oregon, which shows that 55.2% of people who were granted assisted suicide last year cited being a burden on family and caregivers as the reason for wanting to die.

He paints a grim picture of where euthanasia and assisted suicide leads:

“It’s not that euthanasia doesn’t make sense, it’s that it makes far too much sense. It is not just a commonsense option for the individual but for their family, their community, the government and the economy. When it comes to making a decision whether or not to end a life that is a lot of pressure to resist.

“And what counterargument do we have lined up against this mountain of evidence, this immovable wall of logic?  Nothing.”

He goes on to describe what will, if euthanasia were legalised, become an all-too-common situation:

“Consider a 90-year-old woman with terminal cancer being cared for round the clock by her exhausted 65-year-old daughter — and yet she is still afraid to die. It defies belief that in a society where euthanasia is a mainstream legal option that she would not feel a degree of obligation to unburden her child, despite her inwardly wishing to hang on.”

And then hits the nail on the head as to why euthanasia is about more than individual choice.

“Why should people who want simply to live be made to feel they are choosing not to die?”

Hildebrand’s exposition of the pressure legalised euthanasia will place upon those who would otherwise choose to live demonstrates why euthanasia, taken to its logical end, is about more than personal autonomy: it has consequences for everyone.

The only way to safeguard the vulnerable against euthanasia and assisted suicide is to ensure it is never legalised.