The one vote that makes all the difference 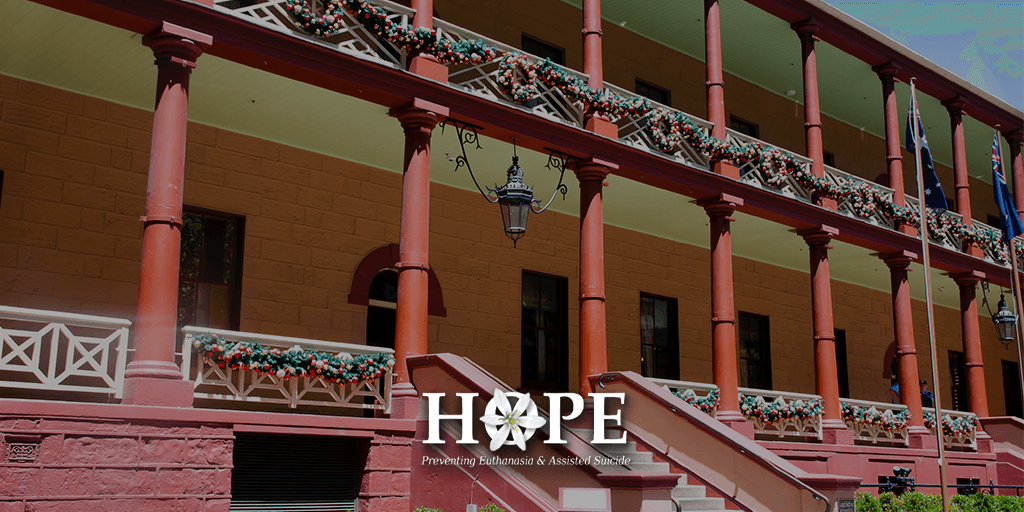 The battle to protect the vulnerable in New South Wales from legalised euthanasia and assisted suicide will reach a greater intensity this year with the announcement that Liberal Democrats Senator David Leyonhjelm will quit federal politics and run for the NSW Legislative Council.

Senator Leyonhjelm, who was responsible for last year’s failed attempt to pave the way for the legalisation of assisted suicide and euthanasia in the territories, will now attempt to take his advocacy for giving lethal drugs to the sick to the NSW state parliament.

It was reported that Senator Leyonhjelm said that his desire to switch to state politics is to focus on "nanny-state issues" that annoy him, including assisted suicide.

It is extraordinary that Senator Leyonhjelm describes the current legislative safeguards that protect the terminally ill from being killed by or with the assistance of their doctors as ‘annoying.’  The protection of its citizens is the primary role of government, not an ‘annoying’ characteristic.

Whatever of Senator Leyonhjelm’s dismissiveness about the need to protect the vulnerable, it is important that we take seriously the risk of his election to the NSW Upper House, and redouble our efforts against euthanasia in New South Wales.

The last attempt to legalise assisted suicide in NSW was in November 2017.  The bill failed in the Upper House by the narrowest of margins.  With 20 votes against the bill and 19 votes in favour, the result was as tight as they come.

If just one person had voted differently, the result would have been that the bill passed the Upper House.

If David Leyonhjelm had been in the Upper House instead of one of those who voted in favour of the protection of the vulnerable, the bill would have passed.

Depending on the outcome of the NSW election, we could now see serious campaigns underway in three states to legalise euthanasia (WA, Qld and NSW).