The other slippery slope 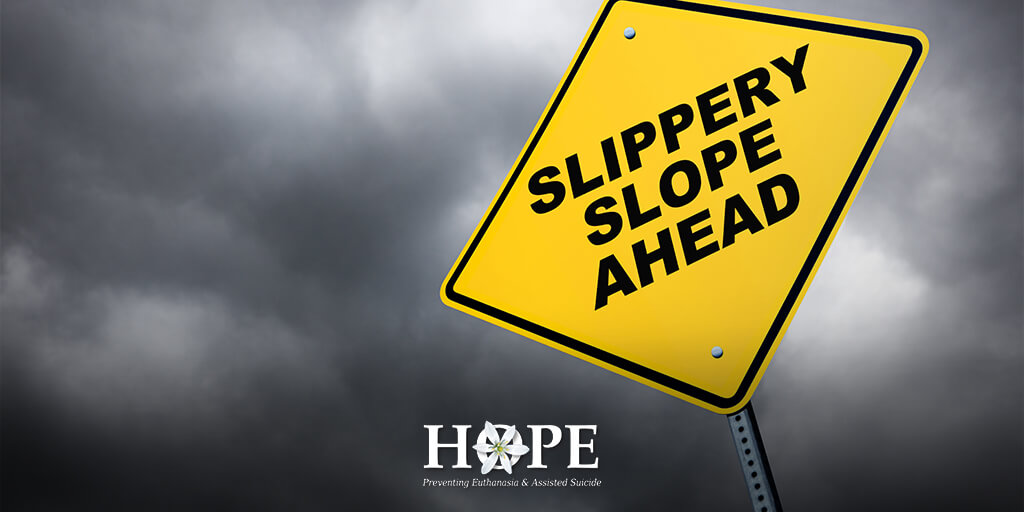 Usually when the expansion of euthanasia and assisted suicide over time is discussed, it is looked at from a legal perspective, that is, considering how initially narrow categories of those eligible for euthanasia are expanded overtime in the law.

But a broader expansion also occurs, this time, in desensitising the public to legalised killing.

This seems to be the case from the most recent data collected by Statistics Netherlands on the public perceptions around euthanasia.

Now that euthanasia has been legal in the Netherlands for close to a generation, the public appears to be willing to expand the categories of those eligible for euthanasia.  The survey found:

In less than 20 years, the majority of the population of the Netherlands has gone from accepting euthanasia “to end unbearable suffering with no prospect of improvement” to allowing it for those suffering mental illness and even those who are physically healthy and are just “tired of life.”

The legalisation of euthanasia changes a society because it fundamentally alters the social contract we have with each other and particularly with our most vulnerable.  It sends a state-sanctioned message that some lives are not worth living and some people really are better off dead.  This is not only a message sent to those who are terminally ill, but also to those whose responsibility it is to care for them, because the law is a teacher.

The only way to protect against this more subtle, but more insidious, slippery slope is to not legalise euthanasia and assisted suicide in the first place.