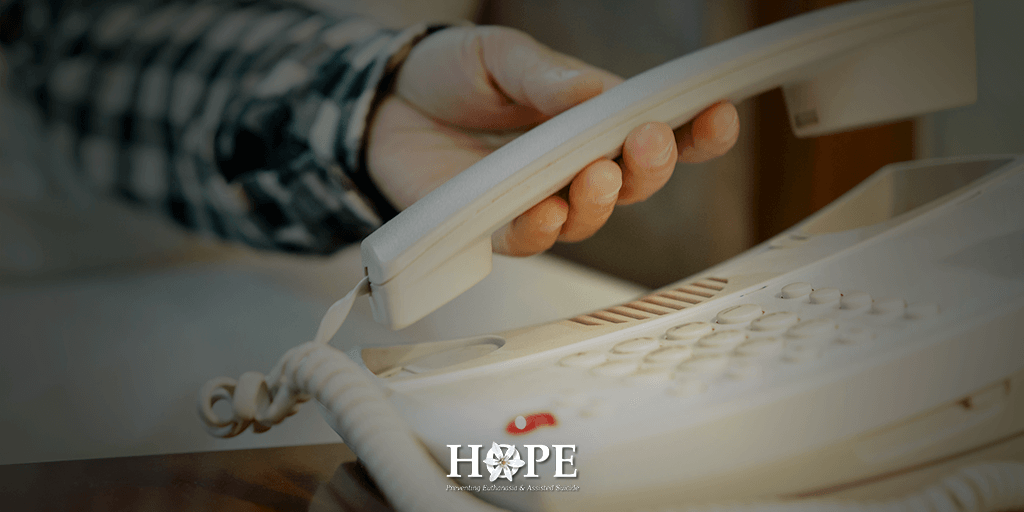 Not content with just passing dangerous assisted suicide legislation that will put the lives of vulnerable Victorians at risk, the Victorian government is taking things a step further with a new ill-thought out proposal.

News has emerged that the Victorian government intends to spend $6 million on a deceptively-named ‘palliative care support line’ due to begin at the same time that the assisted suicide legislation commences in Victoria next year. But rather than focus solely on providing advice about palliative care (as the name suggests), it is being reported that the successful provider will also be compelled to provide advice on the assisted suicide scheme.

There are three key problems with this approach.

1. Combining the two issues in a single helpline conflates palliative care with assisted suicide and euthanasia, when in reality they are two very distinct and opposing practices.

The World Health Organisation defines palliative care as “an approach that improves the quality of life of patients and their families facing the problem associated with life-threatening illness, through the prevention and relief of suffering by means of early identification and impeccable assessment and treatment of pain and other problems, physical, psychosocial and spiritual.”

Those who actually provide palliative care to patients know that their services do not include a model that facilitates a doctor killing their patient.

As well as confusing the two practices, such an approach will put vulnerable people at risk, such as those who may avoid using such a hotline because of their fear of assisted suicide.

2. The lines will now be blurred when it comes to vulnerable people accessing information about taking their own lives.

We are told that the hotline will be staffed by doctors, nurses and qualified counsellors.  How will “qualified counsellors”, who in normal circumstances are trained to help people not to take their own lives, deal with requests from people who call the helpline and express such thoughts? How will they know (other than the person saying so) that the caller is over 18, has a terminal illness and is of sound mind?

We know that doctors find it difficult to diagnose and recognise depression in their patients. How will a hotline operator be able to identify depression or demoralisation of a person over the phone? How will they know if they should be providing suicide prevention ‘first aid’ rather than simply a referral to the assisted suicide regime? Will operators be inadvertently aiding and abetting someone’s suicide because it is masked as a request for assisted suicide?

In other words, how will the hotline operator distinguish between someone calling who is a “normal suicide risk” and someone who is instead an “assisted suicide” risk?

The entire exercise is ripe for confusion, mixed messages and is potentially a threat to people’s lives.

3. It excludes those most capable of providing palliative care from assisting those in need

Another alarming aspect of the helpline is that the Victorian government is specifically excluding those who object to euthanasia and assisted suicide from participating in the helpline.  According to a report in the Herald Sun:

“a government tender document reveals the winning provider must be willing to provide information on the assisted dying scheme.”

This would exclude many expert providers of palliative care, including a number of faith-based health care services, from being part of the helpline.  In doing so, the Victorian government is not only seeking to override conscientious objections, but also the best medical practice as endorsed by Palliative Care Australia.

Combining such a hotline with information about assisted suicide, however, is fraught with risk – for the government, for the hotline operators and for vulnerable people accessing the line, who will possibly not be getting the adequate support and assistance they need. In its rush to justify and legitimise its dangerous legislation, the government has overstepped the mark and is playing with people’s lives.

Anyone who may be feeling distressed can contact the following organisations for support.