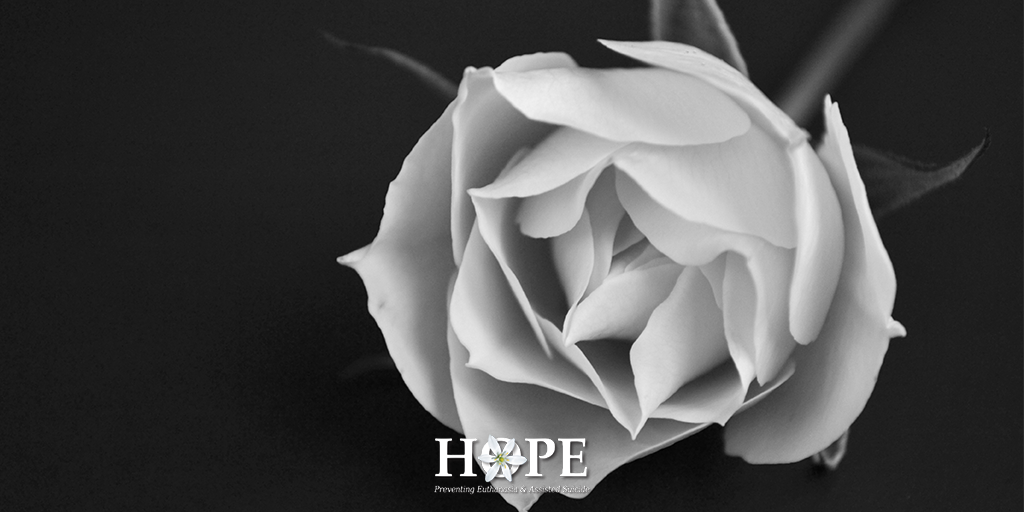 The tragic death of a Canadian woman is being used by euthanasia advocates to remove the legal safeguard that a person who has requested euthanasia must provide consent just before they are given a lethal injection.

Instead, activists are asking for the law to be changed to make it possible for those who had requested euthanasia, and then had lost their mental capacity to make decisions, to nonetheless be killed by their doctors.

57-year old Audrey Parker died by lethal injection on 1 November, following a battle with cancer.  She was still lucid at the time and expressed a desire to live longer, but was concerned that she would lose mental capacity and thus the ability to provide “last-minute” consent to euthanasia.

Those, including Parker, who advocate for a change in law argue that a person should not have to be euthanised while they are still mentally able to consent to being killed; that a decision made in advance should be sufficient for a patient who has lost the ability to consent to still be killed.

While Parker’s case is a difficult and tragic one, as the saying goes, hard cases make bad law.  And bad laws have bad consequences, intended and unintended.

For examples, a change to the law to remove final consent would have dramatic implications for the more than 400,000 Canadians currently living with dementia, because it could mean that a euthanasia request made after an initial, shock diagnosis could be carried out without their consent, if they had not formally retracted the request.

In the coming days, Canadian euthanasia activists will attempt to introduce “Audrey’s Law” into parliament, which aims at removing the final safeguard for those near death.  But with close to 4,000 euthanasia deaths in Canada in the three years since it was legalised already, the last thing the vulnerable dying needs is fewer safeguards.