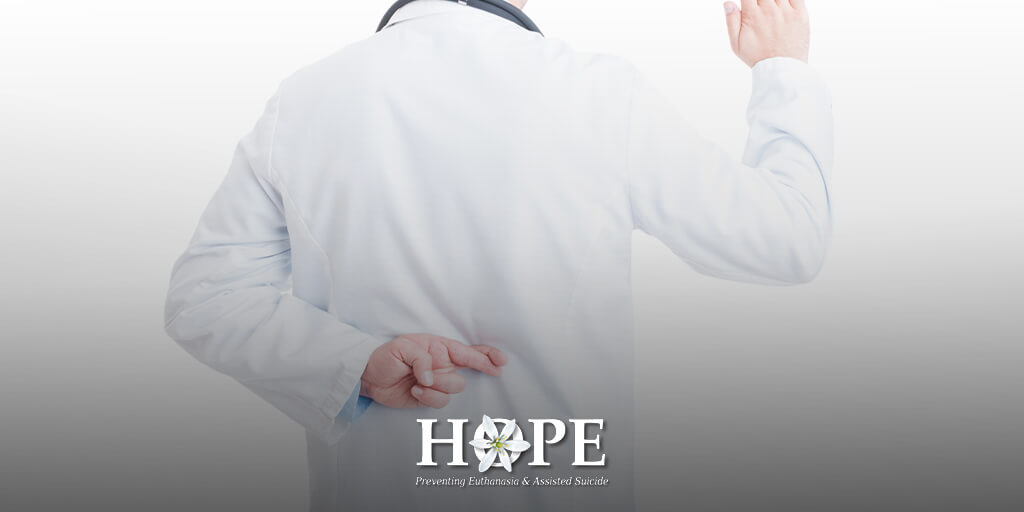 Before euthanasia and assisted suicide were legalised in Victoria, we saw televised admissions from doctors that they had provided lethal drugs to numerous patients with the intention of causing death. At the time, it begged the question that if doctors did not respect existing laws which prohibited the aiding of suicide, why would anyone think that they would obey restrictions under a legalised euthanasia and assisted suicide scheme? Only someone naïve would think that certain doctors wouldn’t continue to take the law into their own hands.

This week, a Melbourne based GP and assisted suicide provider Nick Carr has written in the media, using the current Coronavirus crisis to lobby against the prohibition on using telehealth for euthanasia and assisted suicide.  Counselling someone to suicide using digital communications is illegal under the Commonwealth Criminal Code.

Dr Carr is currently self-isolating in the wake of the COVID 19 pandemic, following his return from a trip overseas. He has been taking calls from his patients in the meantime and suggesting that he does not intend to obey the law as it currently stands:

“I had a man contact me from rural Victoria. Did I say to him, “sorry about the spinal tumour, the wheelchair, the pain, get in your car and drive to Melbourne we can chat?

So yesterday I had a long talk with a new patient. She has Huntington’s disease, a hideous, progressive neurological disorder that has no treatment, and she wanted to know if I could help. … Tomorrow there will be others, and no way am I going to tell them sorry, I’m stuck at home, can’t help.”

He goes on to say:

“In my view, it’s irrelevant anyway. VAD is a rational choice about how to die, by someone who is near an inevitable death. It’s completely different from suicide so the law doesn’t apply.”

The Victorian Government disagrees. It has provided advice to all practitioners that "providing patients with information about voluntary assisted dying over the telephone, via email or through the use of telehealth could be a breach of the Commonwealth Criminal Code."

The Commonwealth Criminal Code makes it an offence to “counsel or incite” someone to commit suicide, or to promote a method of suicide or provide instructions.

Therefore all consultations about euthanasia and assisted suicide must be conducted face to face with patients. This restriction applies across the state and will also apply in Western Australia when its euthanasia regimes comes into force.

It is clear however that some practitioners think they know better and that their actions are above the law.