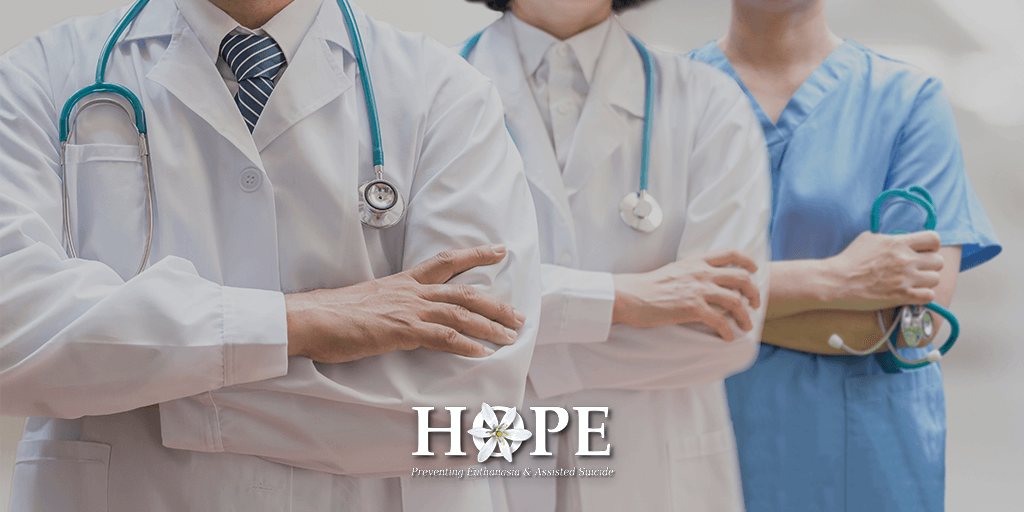 In a blistering submission to the West Australian government’s expert panel on euthanasia, the peak medical body for doctors in Western Australia has warned against the risks such a law would have on vulnerable West Australians.

The West Australian reports that the doctors gave a number of warnings to the government as it considers legalising euthanasia and assisted suicide.

The doctors warned that the proposed wording of the law, which would allow a person who faced a “reasonably foreseeable death” the right to be prescribed lethal drugs, would see people with diabetes or kidney failure able to access the scheme.

The risk is not only to those with physical illnesses.  The article states:

“In a fiercely critical submission to the McGowan Government’s expert panel on euthanasia, Australian Medical Association WA also called for a ban on anyone with a mental health condition having access to assisted suicide…”

This is not the case in the Victorian regime, which is due to begin in two weeks.  In Victoria, while mental illness alone isn’t sufficient to access euthanasia (yet), a person suffering from a mental illness is not necessarily prevented from being part of the scheme.

The doctors also warned that the proposal for patients to be allowed to take the lethal drugs at home at a time of their choosing created a risk that vulnerable patients could be murdered by family or friends seeking financial gain.

“It is easy to foresee circumstances where the medication is then used on a patient who no longer had capacity to consent to administration of the medication or to commit murder for financial gain,” the AMA says.

Those with diabetes.  Those suffering from mental illness.  Those vulnerable to pressure or even foul play at home.

If WA doctors are warning of such grave risks, why is euthanasia still on the table?