Melbourne 8th December - Victorian Premier, Daniel Andrews MP announced today that he is committing to introducing euthanasia and assisted suicide legislation into the Parliament midway through next year.

The announcement comes at the close of the six-month deadline for the government to respond to the Legal and Social Issues Committee's Inquiry into end of life choices tabled in July. Recommendation 49 of that report suggested that the parliament move towards framing a new law.

Mr Andrews' media release says that his government will create a 'Ministerial Advisory Panel made up of clinical, legal, consumer, health administrator and palliative care experts' to create the framework for the new law. The release further advises that a discussion paper will be released early in 2017 for public comment. The legislation is expected to be introduced into the parliament from July 2017.

Attorney-General, Martin Pakula MP said that, "We will be working closely with legal and medical experts to ensure we have the right safeguards in place to protect vulnerable Victorians." How many times have we heard this kind of assurance before? As Episcopal Vicar of the Archdiocese of Melbourne, Fr Tony Kerin noted: 'Reports of stringent safeguards are a characteristic feature of this type of legislation in many other jurisdictions. They are highlighted specifically because such laws are inherently unsafe.'

Inherent in such legislation is the subtle re-enforcement of the message that dying people are a burden. Julie Morgan, a terminally ill Melbourne academic told The Age newspaper that 'I can imagine many older women choosing, 'Oh, I better not be a burden', so I do not see this as a free choice.'

And what kind of choice is it when not every Victorian has the same access to palliative care? Odette Waanders, CEO of Palliative Care Victoria noted that palliative care is significantly underfunded with inadequate training of health professionals creating a reliance on a small palliative care workforce.

"People dying in suffering should be given the same priority as a person experiencing a heart attack or other life-threatening event." Waanders told The Age. "...systemic failures in caring for dying people deserve to be addressed by the Victorian government with as much urgency and priority."

The Ministerial Advisory Panel will take as its starting point the recommendation of the end-of-life committee that assisted suicide and euthanasia be made available for people suffering in the last weeks or months of life, according to Premier Andrews.

The other Labor Leader from Victoria, Opposition Leader, Bill Shorten is not so sure that his colleague Andrews should take the legislative path. Shorten told The Australian, 'I get that it's complex but I ultimately think it's a matter for patients and the people managing palliative pain management.'

'I have always thought the Australian Medical Association had a sensible approach where...you leave it to the choice of the patient and protect the treasting medico who is trying to do their best to manage someone's pain.' The AMA recently re-affirmed their opposition to euthanasia and assisted suicide in their renewed policy released in November. 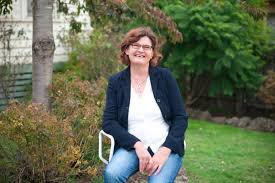 Victorian disability advocate, Belinda Rogers told ABC News that she thinks society is not ready for legalised euthanasia. Joining her voice to the many disabled Australians who hold great concerns about such legislation, Ms Rogers summarized their concerns:

"It feels to a great many of us that legislation is being drafted that will actually make it easier for us to access dying rather than being able to access a fulfilling life.' she said.

From the ABC Report:

Ms Rogers is worried that as social pressures push for a broadening and increasing of the scope, those protections may change.

"People will say I'm not terminally ill, but I'm suffering unbearably. Isn't that discriminatory that my unbearable suffering can't be catered for," she asked.

"We've already seen that the lobbying and pushing for voluntary euthanasia has reached social acceptance so it is reasonable to think that in time unbearable suffering will be accepted as, indeed, it has been in Belgium and the Netherlands. Where will it stop?"`

The Victorian announcement says that a discussion paper will be released for public comment early in 2017. The discussion will, most likely, not be about whether or not Victoria should go down this path, but about how it should do so.

Premier Andrews has clearly accepted the end-of-life committee report's recommendation without question. It is disappointing that a dissenting report tabled by Premier Andrews' colleague, Daniel Mulino MLC, critical of the main reports conclusions and providing clear and fully referenced argument that, at the very least, creates significant doubt about the majority report's assertion that such laws can be made safe and are not being abused and misused, has been largely ignored.