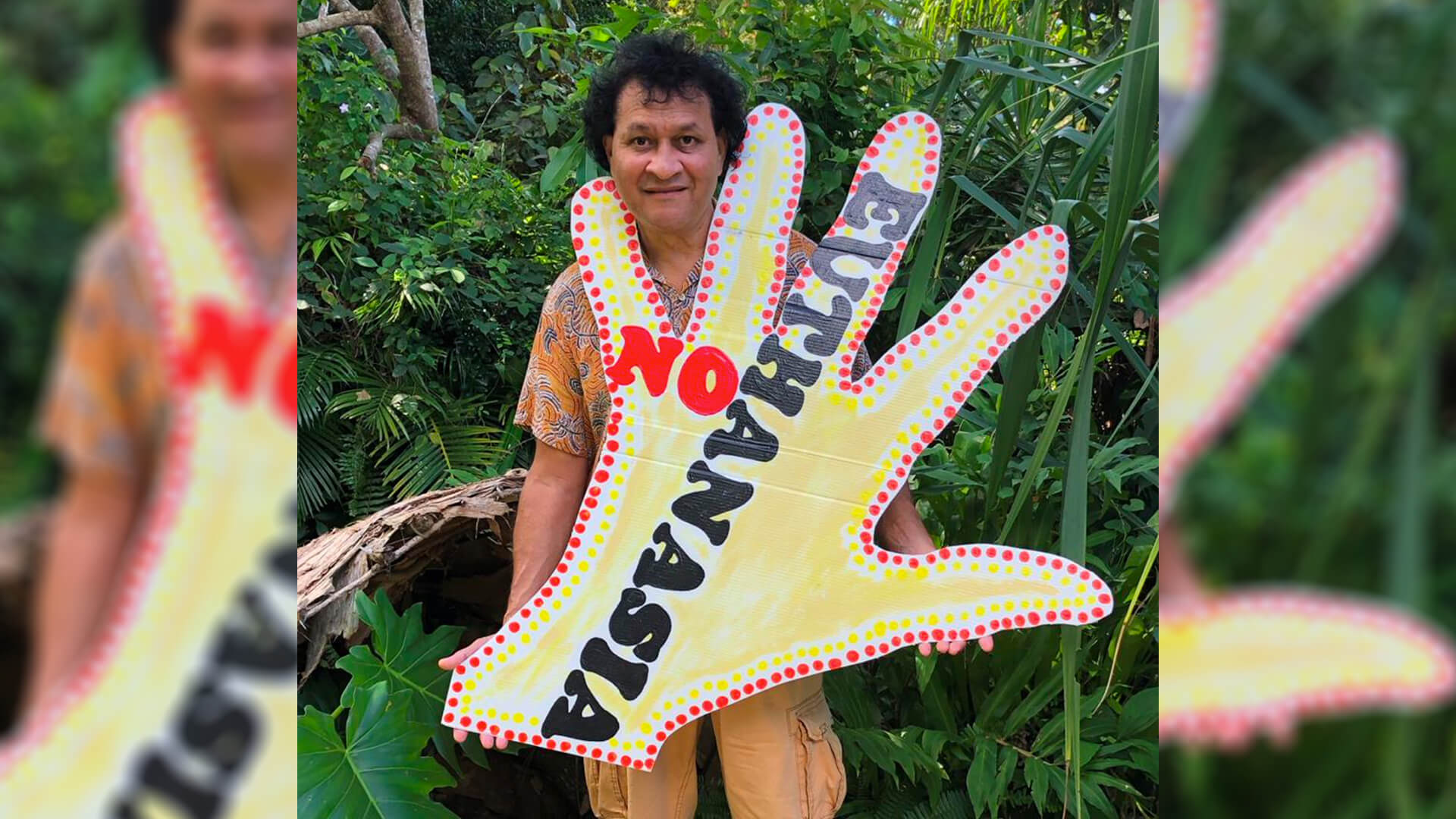 HOPE is proud to partner with Munganbana Norman Miller, Convenor, Voice of First Nations Peoples Against Euthanasia. It is no longer acceptable for state governments to ignore the voices of Indigenous Australians when it comes to euthanasia and assisted suicide legislation. Read the statement below:

Anti-Euthanasia: Listening to the voice of First Nations Peoples

This conscience vote should be accompanied by the public interest test of the euthanasia bill that underpins the introduction of this proposed legislation. The public interest includes three concepts - the common good, human dignity and autonomy (ironically) – all of which come under assault with assisted suicide. We need to value these foundational moral concepts in sharing understanding of the good life and human flourishing.

While autonomy is prized about all else (or a certain concept of it), when it comes to people with disability, the aged and others with some life-limiting diagnoses, there are many pressures to reduce their autonomy by encouraging or facilitating assisted suicide which results in death.

Understanding the public interest also requires us to engage with our First Nations Peoples with this conversation.

For First Nations Peoples, death is a community matter, not just an individual decision.

First Nations communities must understand who is responsible for the death of the person.

Government-sponsored death is anathema to First Nations Peoples and their community-based culture.

Nobody is morally compelled to suffer unbearable pain or other distressing symptoms. Every Queenslander has the human right to have equal access to good quality palliative care before a policy default to euthanasia. First Nations peoples in Queensland, particularly remote communities, require urgent boosting of funding for palliative care.

Rushing to introduce euthanasia when rising suicide rates are a national problem is inexplicable and against the public interest, especially for First Nation Peoples.

Pro Euthanasia legislation is disrespectful to the customs and practices of death around community ownership and not just individual decisions - black lives do indeed matter. 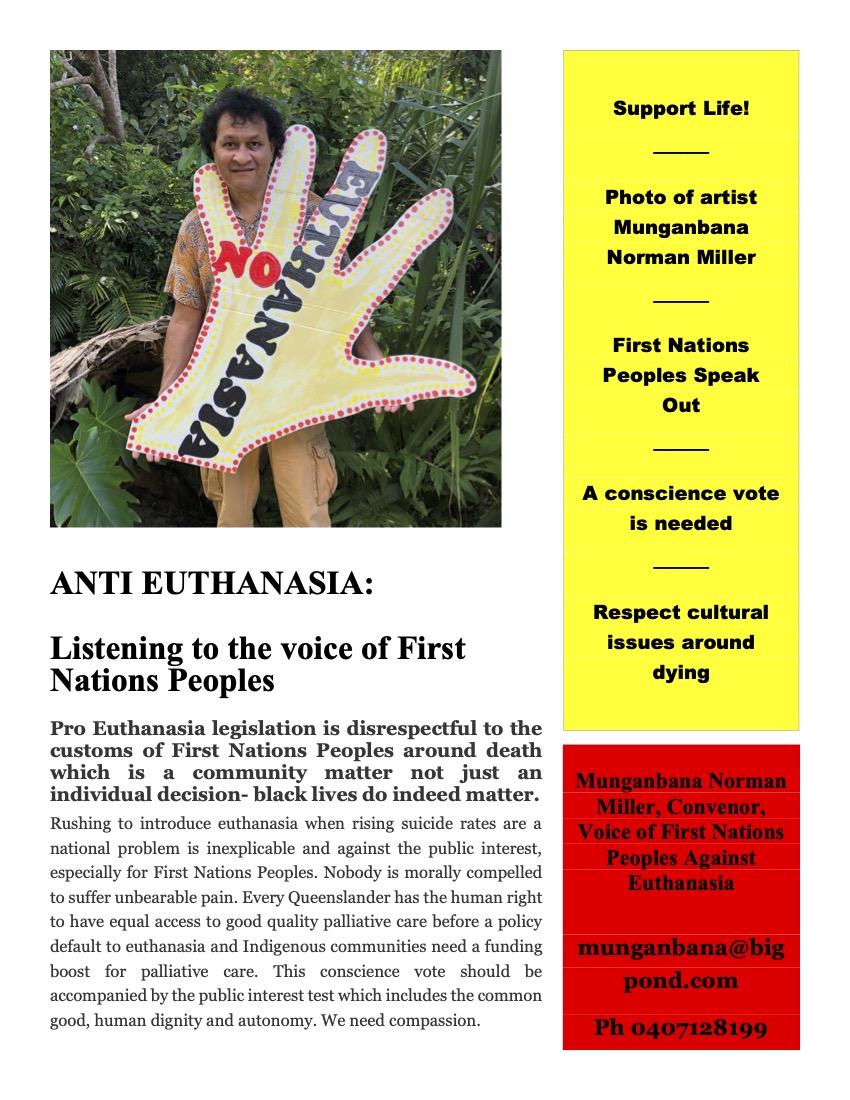