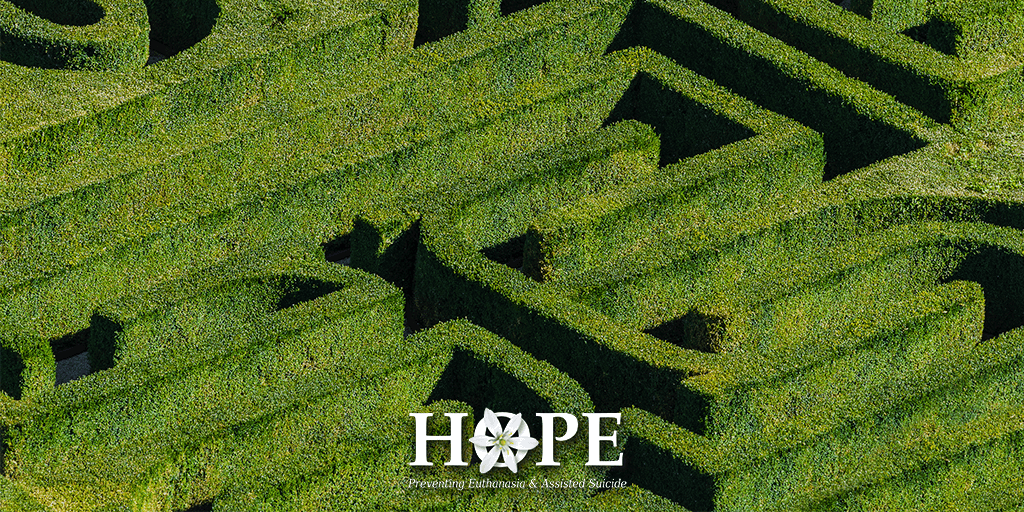 The barrister charged with the task of advising the WA government about assisted suicide legislation has described it as a ‘minefield’. Former WA governor Malcolm McCusker has said that ‘grappling with the big questions will likely keep him awake at night,” as he considers issues such as whether the scheme should include dementia patients, safeguards against coercion and the right of doctors and health care providers to conscientiously object.

These are all crucial questions, the answers to which can be found in the experience of overseas jurisdictions where assisted suicide has been in place for many years now. Unfortunately, the Joint Select Committee on End of Life Choices chose to ignore the majority of this evidence, and decided instead to cherry pick information to suit its foregone conclusion.

In contrast, the minority report prepared by the Hon Nick Goiran MLC examines these very questions in detail, and provides information about every jurisdiction overseas that has legalised euthanasia and assisted suicide, including analyses and evidence about the way that the schemes and their ‘safeguards’ are working in practice.

For example, Mr McCusker has stated that he will be grappling with issues of coercion, asking “How can a GP be satisfied that the person is acting voluntarily, without coercion? That’s where the question of safety comes in because you’re looking at vulnerable people. What safeguards are there to ensure that person is not acting under some kind of pressure?” he said.

This is an important consideration. We know that lawyers, despite all their training, find it difficult to detect undue influence – do we think that doctors would be any better at it when it comes to assisted suicide? Has there been any jurisdiction in the world that has successfully legislated to safeguard against such pressure being applied?

We know that in 2017 in Oregon in the USA, where assisted suicide has been legal for 20 years, 55.2% of people who requested assisted suicide did so because they were worried they would be a burden to family, friends and caregivers. Was this burden felt because of subtle pressure from family and friends? Did these patients receive implied messages from their children or caregivers that the burden of caring for them was taking its toll

Worryingly, in the Netherlands in 2015, 431 people had their life ended by means of euthanasia without explicit request.

Another factor for Mr McCusker to consider when looking at coercion is informed consent.

Again, this issue is examined in detail by the minority report, which states:

Further, the report notes that “informed consent to assisted suicide cannot be obtained unless good palliative care is actually available to the patient. A failure to appropriately control a patient’s pain or to provide access to palliative care can result in requests for euthanasia which cannot properly be termed voluntary.”

Given that the Committee found that in Western Australia, up to “60 per cent of Western Australians do not have access to the palliative care that they require,” it would be unethical for an assisted suicide regime to be legalised in WA before this situation was remedied. Legalising assisted suicide when palliative care is so poorly understood and so woefully under-resourced would be providing Western Australians with a false ‘choice’, given that the government would be effectively only giving them one option – the one to take their own lives.

Nowhere more so than in the decision about whether to end one’s life should a patient be fully informed. The consequences are irreversible.

Given the majority report’s inadequate examination of the failures of assisted suicide regimes in overseas jurisdictions, Mr McCusker will be effectively starting his inquiry from scratch. He will need to obtain answers to the questions that the Committee failed to provide, presumably because they already had their end objective in mind and ignored any evidence that stood in their way. It is not surprising then that the path ahead will be filled with many sleepless nights.