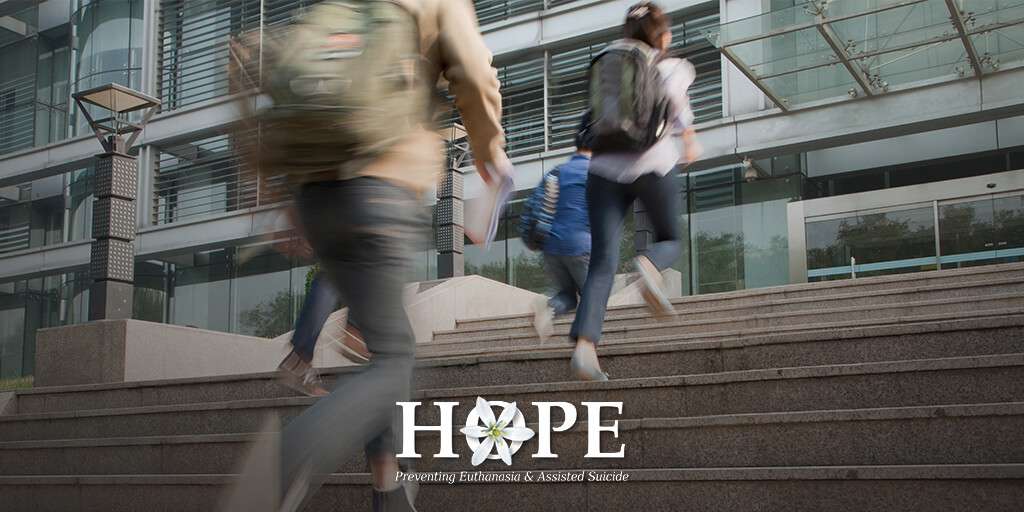 With a strong majority in Western Australia’s lower house (40 of the 59 members), WA’s Labor government fully expected to ram their euthanasia bill through quickly.

The Labor government was forced to adjust its ambitions of having the legislation dealt with by Christmas when it became clear that even pro-euthanasia MPs were concerned about the bill.

MPs began the section-by-section analysis of the legislation on Tuesday.

The house rose at 5.21am on Friday.  Despite having sat for over 20 hours, MPs had voted through just 50 of the Voluntary Assisted Dying Bill's 185 clauses.

WA One Nation Leader, Colin Tincknell, says politicians are “being bullied” and rushed into deciding on the new legislation.

I’m not happy with the way the government has been pushing politicians to make a quick decision.  That doesn’t make sense to me – that is the worst thing we should be doing – we should be taking our time.  It wouldn’t matter whether we lasted until next Christmas as long as we get a decision that’s as safe and as good as possible because there is no reason to rush – I don’t get the reasons for that.

The WA branch of the Australian Medical Association — which has serious concerns about the proposed laws — said the long hours meant MPs were not making sensible decisions.

Having people sit ‘til 5.30 in the morning – any doctor will be able to tell you that you’re not at your best when you’ve been awake for, well working for, 20 odd hours.  And this is a stressful bill so everyone is very emotionally involved in it.  So yeah you’re not at your best.  That is just ridiculous – there’s no need for that – if anything, add another day or sit extra weeks but not go ‘til 5.30 in the morning.

Sky News host Jane Marwick told Mr Tincknell that “there are others who’ve told me they’ve felt bullied but that’s been off the record”.

“This is such an important bill that it can’t be bullied – people need to get this right, Jane,” Mr Tincknell replied, “This is a matter of life and death.”

It may take several more sitting weeks for the bill to pass the lower house before undergoing the intense scrutiny of the upper house.

Debate will resume on September 17.