WA government says no to transparency ahead of assisted suicide vote 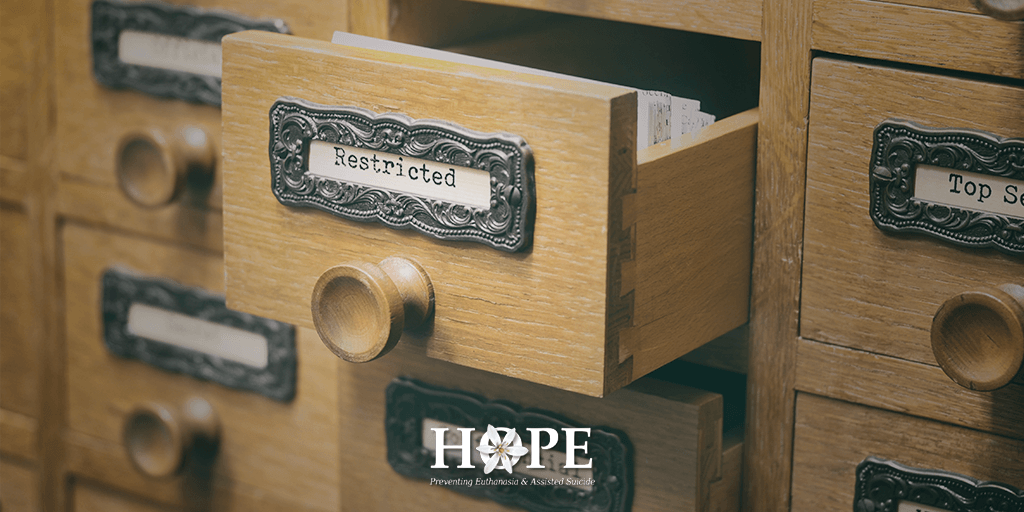 State parliamentarians will be asked to vote next year on whether assisted suicide should be legalised in Western Australia following a joint select committee report last year. A government panel has been appointed to help draft legislation for such a regime.

It is difficult to conceive of a more important piece of legislation that Western Australian parliamentarians will be asked to vote on in their parliamentary careers. Assisted suicide legislation would overturn a long-standing prohibition on killing in our legal system.  The ramifications will be far reaching.

Every Western Australian parliamentarian will want to inform themselves as comprehensively as they can to make sure their vote on this issue is an informed and considered one.

Then why is the government refusing to give them access to relevant information?  What are they hiding?

If this was any other committee run under the auspices of the Legislative Assembly, parliamentarians would have access to the minutes of the meetings of the committee that provided the report.  The minutes provide a record of all the meetings held in relation to the inquiry process that led to the ultimate Committee report.

So why aren’t parliamentarians allowed to see the minutes?  What is it about the Committee process that needs to remain a secret?

The minutes provide valuable insights and important information about the decision-making process of the committee. In relation to every other committee that is formed in the Legislative Assembly, it is the ordinary practice that these minutes are released publicly and serve as a record once the committee in question ceases to exist. It is an important function of our democratic system.

Further still, when a motion was put to the Legislative Council by the Hon Nick Goiran MLC, one of the members on that Committee, that the minutes be released, the government denied its members a conscience vote on the motion and instructed them to vote against it. In other words, the government is going all out to suppress the release of those minutes.

It is important that every West Australian who is concerned about government transparency writes to their MLCs and asks them to overturn the ban on the release of the minutes. If we are to have a genuine transparent debate about this very important issue, it is crucial that all parliamentarians are given access to all available information.  Because of the gravity of such an issue as the possible legalisation of assisted suicide, it is more important that the minutes be released than it would be for other issues that committees routinely inquiry into. Not providing full information to politicians is irresponsible and arguably undemocratic, given they are being asked to make a decision about what could possibly be the most important vote of their parliamentary careers.

The question needs to be asked: what does the WA government have to hide?