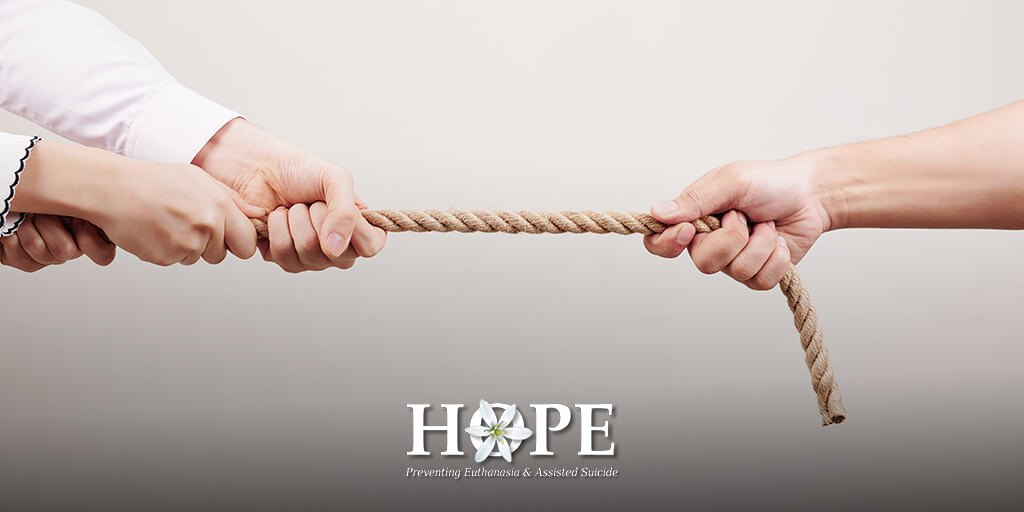 Victoria’s euthanasia and assisted suicide laws are just seven months old, and there are already calls to start removing existing safeguards, and advice being given to doctors about how to circumvent them.

An article appeared this week in the Medical Journal of Australia, arguing that the safeguard that prevents doctors from initiating discussions about euthanasia and assisted suicide be removed.  The safeguard was placed into the legislation in recognition of the power imbalance between doctor and patient, and to protect against patients being coerced or unduly influenced into making a request of euthanasia or assisted suicide.  After all, if a vulnerable patient is told by their doctor that they should consider ending their life, it is more likely that they will consider their own situation to be hopeless and beyond treatment.

But the authors think this sensible protection is way too restrictive, denouncing the safeguard a “gag clause” that was introduced into the legislation with “no evidence offered from other jurisdictions that such coercion had previously occurred.”

Without any sense of irony, the authors then go on to argue that the safeguard may prevent patients from having access to euthanasia, because of a lack of information, even though they have no evidence this is the case.  We know they have no evidence because the first round of statistics about how many people have died under Victoria’s euthanasia regime are yet to be released, and all initial indications are that the euthanasia business is booming in that state.

Most alarmingly, the authors then go on to provide suggestions about circumventing these legal safeguards.  Given that the safeguard only applies to registered health practitioners, they advise that a practice appoints someone who is not a health practitioner to initiate this conversation.

We have long said that euthanasia legislation with so-called safeguards is just about getting a foot in the door.  From that moment, a campaign begins to allow lethal drugs to be prescribed to as many people as possible.

The only safe way is to not pass the laws in the first place!