What Boudewijn Chabot can teach Victoria 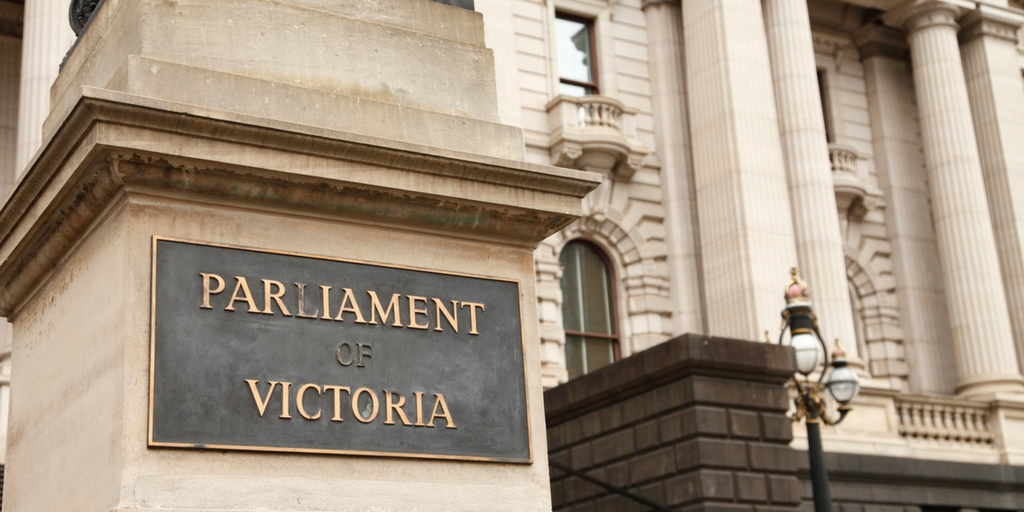 Dr. Boudewijn Chabot is a retired Dutch psychiatrist and psychotherapist. In 1993 he was charged with having assisted in the suicide of a healthy 50-year-old Dutch woman, Hilly Bosscher, in 1991. Bosscher had lost two sons in the previous five years; six months apart. One had committed suicide; the other had died of cancer. Both were in their early twenties. Her grief did not abate; she wanted to die and to 'to lie in between the graves of her two sons'.

The Independent reported at the time that:

"Dr Chabot, now 53, originally trained as a GP before specialising in psychiatry. It was not until he had spent more than 12 years in psychiatric practice that he decided to see patients who had contacted the Dutch Society for Voluntary Euthanasia (NVVE), desperately wanting to die. He has said that he got in touch with the NVVE in order to 'offer my services in difficult cases'. It had been reported that the organisation was unable to find psychiatrists who did not utterly oppose the patient's wish to die."

At that time acts of euthanasia and assisted suicide were not legal but allowed under certain circumstances via court precedents stretching back to 1973 and the Postma case. The "Termination of Life on Request and Assisted Suicide (Review Procedures) Act" would not become law until 2002.

Chabot was tried and acquitted in a lower court. The prosecution appealed to the Supreme Court where a guilty verdict was returned but no punishment was applied. Up until this time euthanasia and assisted suicide cases were not considered lawful without the presence of 'unacceptable suffering' that was defined as physical. The standard defence of necessity or 'force majeure' did not apply to Chabot.

As Wesley Smith reported, this was a 'show trial' and there was never any intention to punish Chabot but, rather allow the case to set a new legal precedent.

Following the Supreme Court decision in November 1993 the Royal Dutch Medical Association (KNMG) amended its 1984 guidelines to include the possibility that there may be cases where 'it is merciful, such as if a patient has serious psychiatric problems and has no prospect of improvement'.

"Chabot was put in contact with his patient through the NVVE in the summer of 1991. Two months of intensive consultations followed, during which he tried to find a way into her 'closed world of suicide'. She had planned to take her own life since the death of her second son earlier that year and had bought a plot of four graves, two for her sons, one for herself and another for her estranged husband. A suicide attempt the night of her second son's death failed."

Chabot also consulted with other psychiatric professionals; though none reportedly examined the woman. According to Chabot, he suggested that she try anti-depressants, but she refused both the medication and an entrance into a therapeutic community.

The Chabot case opened the door to euthanasia and assisted suicide for psychiatric reasons. This is a classic case of 'bracket creep' or incremental extension. The recent interim report of the Victorian Ministerial Advisory Panel notes well that in their consultations there are those who have argued for a different 'starting point' that is much broader in application that parameters suggested by the earlier Parliamentary Committee report.

One way or another, such extension is inevitable.

But Chabot offers us another consideration both in the 1993 case and his recent lament about the application of the Dutch law published in NRC Handelsblad on June 16, 2017.

Chabot is severe in his criticisms of the developments in the application of the Dutch law in recent years. He's not at all concerned about the skyrocketing numbers of deaths ("In the last ten years, the number of euthanasia reports has increased from two thousand to six thousand per year.") but rather the changes that have seen the 'due care criteria' morph in ways that suggest that euthanasia and assisted suicide 'on demand' is now the prevailing paradigm.

"To understand what has gone wrong, the reader must know the three most important "due care criteria" of the law. There must be: 1) a voluntary and deliberate request; 2. unbearable suffering without prospect of improvement; 3. No reasonable alternative to euthanasia.

"The second and third requirements are closely linked because if another solution, such as specialist palliative care, is indicated, the suffering is not without prospect of improvement. If the patient refuses that option, the physician will not be convinced of the "unbearable" nature of the suffering and will not provide euthanasia.

"At least as important is what is not in the law. There is no requirement that the disease has to be physical, and the doctor need not have a treatment relationship with the patient."

Chabot's concerns are well founded. They relate to the subjective nature of 'unbearable suffering' and the reality that the term 'no reasonable alternative' has also become entirely subjective. He does not note the irony that this was precisely the situation with Hilly Bosscher more than 30 years ago: there were alternative treatments available that she refused and her suffering was clearly unbearable to her.

The Victorian Parliamentary Committee suggested a framework for assisted suicide and euthanasia with certain qualifying criteria. They included:

The Interim Report of the Victorian Ministerial Advisory Panel suggested the possibility that 'final weeks or months of life' could be determined formally as a prognosis of either 6 or 12 months to live. At no time has there been any suggestion that a person who 'qualifies' need to have first exhausted any reasonable treatment options. That stands to reason in as much as no-one can be forced to accept any treatment offered. But I wonder if the public sees it that way.

"Once upon a time, moving to a nursing home or receiving treatment with some medication was still considered a "reasonable alternative" for euthanasia. At least it had to be tried. Many doctors now accept that a patient can refuse a reasonable alternative and that this does not create a barrier for euthanasia. That brake has now also disappeared."

That description would seem to be the starting point in the proposed Victorian regime. Any thought in the mind of the public that a death by assisted suicide or euthanasia would be a 'last resort' option only, cannot be sustained.

The same applies to the role of the psychiatrist. Chabot is concerned that in a majority of the notified cases of euthanasia for psychiatric reasons were 'executed' by the Dutch End-of-Life Clinic:

"What happens to doctors for whom a deadly injection becomes a monthly routine? They are surely well-intended, but do they also realize how they are fanning a smoldering fire that can become a blaze because they fuel the death wish of vulnerable people who are still trying to live with their disabilities?

"The End of Life Clinic is now actively recruiting psychiatrists. It justifies this by pointing to the long waiting list. Their task: relieving the unbearable and unrelievable suffering from psychiatric patients through euthanasia. Every time the Clinic is in the news, a wave of depressed patients whose treatments are allegedly exhausted but many of whom have never been properly treated report to the Clinic. Ever since budget cuts turned chronic psychiatry into a diagnosis-prescription business, good treatment has become scarce.

"The newly recruited psychiatrists won't need to enter into a treatment relation with the patient. The evaluation committee has accepted that in the case of severe physical illnesses. Now it has also applied this to incurable brain diseasesâ€”without discussing it with members of the psychiatric profession by the way."

Will the same be said of the Victorian regime? Will the role of psychiatry be reduced to a 'diagnosis-prescription' type business where the therapeutic role of the profession is ignored or, at least, only given lip service?

That was precisely what occurred during the time that euthanasia was legal in the Northern Territory in the mid-1990s. The Lancet report on the four deaths that occurred under the short-lived regime showed scant regard for the law and the role of the psychiatrist was seen as just another hoop to jump through or tick on a list of checkboxes.

The Victoria Branch of the Royal Australian and New Zealand College of Psychiatrists (RANZCP) noted similar concerns in their submission to the Victorian Ministerial Advisory Panel:

"The VIC Branch also notes that, due to the often rapidly changing manifestations of mental illness, proper assessments are best undertaken by clinicians with the benefit of extended interactions over a significant period of time with the individual in question. As such, the views of psychiatrists and/or other mental health professionals with established therapeutic relationships with individuals seeking voluntary assisted dying (sic) should be sought wherever possible."

Yet the thrust in terms of the law proposed for Victoria seems likely to only require a psychiatric evaluation for the sake of concerns about capacity and not necessarily about suicidal ideation or the presence of psychiatric illness (though that may be implied). Moreover, as the RANZCP report also notes, there remains a significant risk that the treating doctor and the second confirming doctor may miss signs of psychiatric concern:

"In situations where a patient has a terminal condition causing enduring and unbearable suffering, there is a risk that symptoms of mental ill health may be mistaken by a doctor not trained in psychiatry for an 'understandable' reaction to their condition. Furthermore, traumatic brain injury, addiction issues, dementia and delirium may all confound assessments of capacity and non-psychiatrically trained doctors 'are not well placed to recognise the presence of these conditions in the medically ill population'."

This raises serious questions about the mechanism that supposedly 'protects' people who are vulnerable. If neither of the two assessing doctors suspect a psychiatric issue, nothing more is done.

Will the final recommendation due to be made to Premier Daniel Andrews at the end of July include a requirement that a psychiatric evaluation takes place in a therapeutic context? This would imply a relationship over time that seeks a remedy to the presenting psychiatric issues. But time may well be short. Or will this all fall back on self-determination, as it did in the Chabot case, and an acceptance that, even though the patient may have therapeutic options available - both psychiatric and medical - that refusal of any or all treatment is a fast track to suicide?

"In psychiatry, an essential limitation disappeared when the existence of a treatment relationship was no longer required." Chabot.

The outcome is grave and irreversible. The Andrews government has been talking into an echo chamber, yet most Victorians will likely be unaware of the proposal and even less aware of how any proposed law might operate. The idea that assisted suicide and euthanasia are a 'last-resort-only' option; that people would need to at least try 'reasonable' options, has never really been the case yet is likely to be the general public view.

With thanks to Professor Trudo Lemmens for the English translation of the recent Chabot article.