What’s next in Western Australia’s campaign against euthanasia 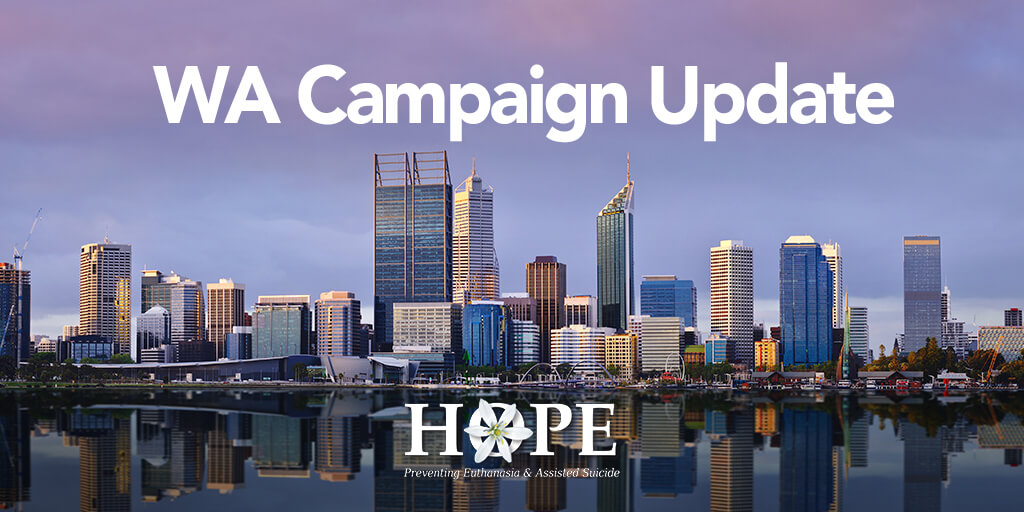 After 70 hours of debate including one of the longest sittings the WA Parliament has seen in decades, the vote in the Labor-dominated house was as expected.

Devastatingly, several attempts to amend the WA bill to include safeguards contained in the Victorian legislation were voted down by the Government.

As it stands, the WA proposal would give terminally ill West Australian adults likely to die within six months the right to access voluntary euthanasia.

Any two doctors can sign off on a death on demand – they can be co-workers, and neither are required to have expertise in the sickness the terminally ill person is suffering from. There is no requirement for a mandatory psychiatric assessment.

Yet Premier McGowan has said, “This bill does not require amendment … it is a safe and very conservative regime.”

Thanks to the support of people like you, HOPE was in Perth during the debate meeting with various MPs and presenting the case for life.

We joined with hundreds of people rallying on the steps of parliament to protect the vulnerable.

But now that the bill is in the Upper House, you and I are focusing all our campaign efforts on the debate that is happening.

Labor is hoping the Upper House will reach a final vote by the end of the year.

It’s anticipated that the outcome in the Legislative Council will be much tighter given neither of the major parties have a majority and both rely heavily on the crossbench for support.

You can get involved in HOPE’s WA campaign by writing to the upper house MPs who will make the final crucial decision on this life and death bill.

Here, you can send them an email with a few clicks of a button.

Please spread the word to as many friends and family as possible. Every voice counts!