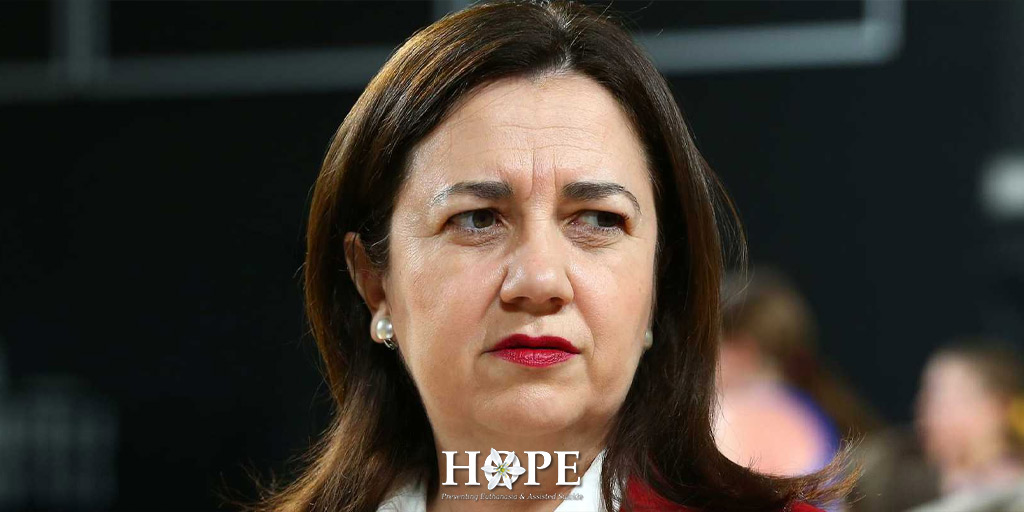 Queensland Premier Annastacia Palaszczuk has announced that, if re-elected in next week’s poll, she will fast-track an inquiry called by her Government in order to push euthanasia and assisted suicide legislation through parliament as early as possible in 2021.

The Premier had originally tasked the Queensland Law Reform Commission (QLRC) with drafting proposed euthanasia and assisted suicide legislation, reporting back to Parliament by 1 March 2021.

But on Sunday, the Queensland Premier condensed the timeline so that she could announce – as a campaign promise – that she would introduce euthanasia and assisted suicide laws to the Queensland Parliament by February.

One has to ask, did the Premier consult with the QLRC before making her campaign pledge?

Given that the terms of reference for the QLRC inquiry include the legal and ethical obligations of health practitioners, appropriate safeguards and protections, and ensuring that compliance can be monitored, it would be alarming if the Premier hadn’t consulted the QLRC before declaring that its work would be rushed.

After all, drafting legislation that literally deals with matters of life and death is not something that will necessarily be done better by throwing more resources at the job.  It is a task that requires the utmost care and attention.  Or at least it does when it’s not an election year.