What’s next in the Queensland euthanasia campaign 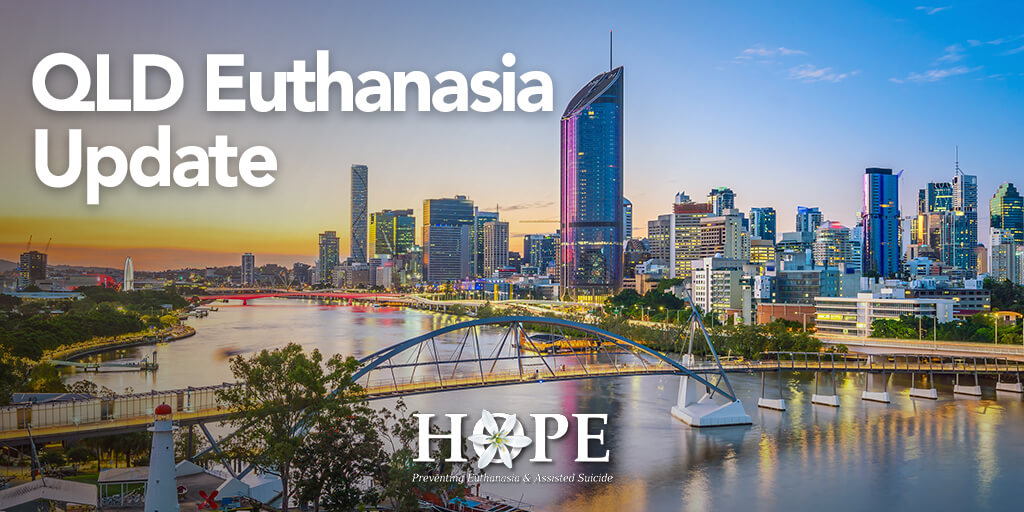 Late July the QLD Labor party passed a motion at their state conference:

“Labor will introduce legislation for voluntary assisted dying for adults who are terminally ill, following the model of the Dying with Dignity/Oregon Model, and the Voluntary Assisted Dying legislation in Victoria.”

“Labor’s legislation will be preceded by a parliamentary inquiry.”

Recently the QLD state parliament extended by four months their ‘Inquiry into aged care, end-of-life and palliative care and voluntary assisted dying’ which was launched on 14 November 2018.

Its report is now due to parliament on 31 March 2020 as opposed to 31 November this year.

A draft bill to legalise euthanasia is now expected to be introduced as early as April.

It’s important to note that the decision made by the Queensland parliament will be final.

Western Australia’s bill to legalise euthanasia passed their lower house with a strong majority, but may yet be defeated in the upper house – the “house of review”.  Whereas the Queensland parliament does not have an upper house – if the bill passes, there will be no checks and balances, no further review.

But thanks to the generous support of people like you, HOPE has been actively campaigning in the sunshine state.

In early September HOPE visited QLD to present the case for life at one of the public hearings held by their ‘Inquiry into aged care, end-of-life and palliative care and voluntary assisted dying’.

And we continue to meet with MPs one-on-one as opportunity arises.

Joining forces with many other pro-life groups in QLD, we know we’re up against a multi-million dollar push to legalise euthanasia in the state: the Clem Jones Foundation.

The former Brisbane lord mayor Clem Jones bequeathed $5 million of his estate to help campaign for voluntary euthanasia across the country.

Despite the QLD government’s health crisis, with documented cases of the failure of basic health services for Queenslanders, the state government is pushing ahead instead with providing death on demand.

Once the draft bill is released, HOPE will work with supporters to facilitate communication directly with politicians, enabling you to make your voices heard on this incredibly important issue.

But you can take action on behalf of the vulnerable now by telling your friends about HOPE so they too can be updated and take action when needed.

Writing to your local members and writing into QLD newspapers when the issue is raised are two great practical ways you can take up the fight to protect the vulnerable.