Who are you going to trust?

A tale of two Op-Eds.

Polling noted today in The Australian shows a significant level of distrust in our political classes to get the issue of euthanasia and assisted suicide right. 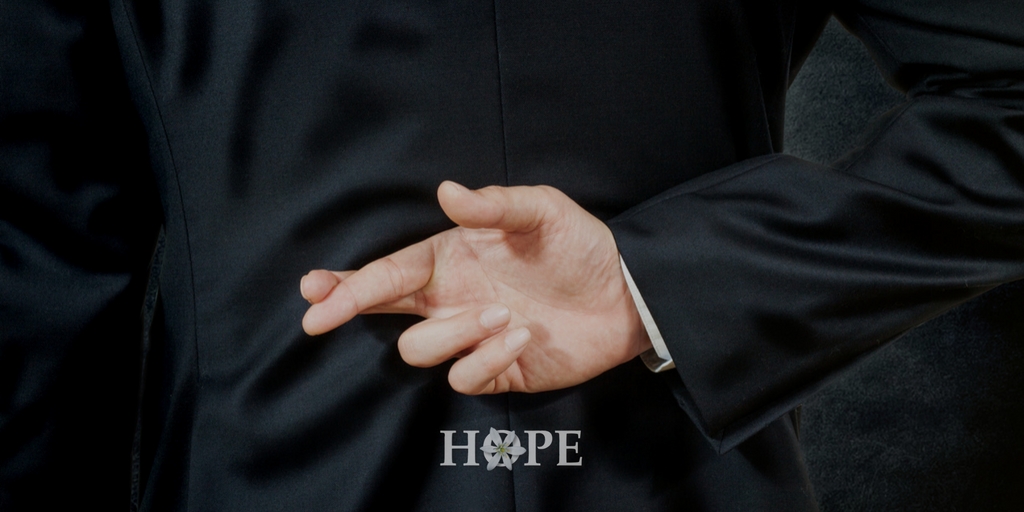 “13 per cent of respondents believed the state government should be able to decide the issue, while 55 per cent backed a people’s referendum and 32 per cent singled out the federal government.”

Soon, the Victorian Premier, Daniel Andrews MP intends to introduce legislation to do just that: enable doctors to provide a lethal dose so that their patient can suicide and doctors enabled to directly kill their patients by injecting a lethal dose or by other means.

Forty nine per cent of respondents also said that they did not want the proposed legislation to be rushed, claiming too many unanswered questions remained. According to reports, the bill may only be available for scrutiny for a few short weeks before the debate.

Will the Victorian public get the opportunity to delve into the legislation itself? Will there be any open and balanced debate in the public square? It would not seem likely; especially given that the government and its appointed panel continue to hide behind the Orwellian phrase ‘assisted dying’. If they can’t use clear and precise language, how is the public ever going to understand the issue?

This juxtaposition between Orwellian ‘doublespeak’ and a factual position that can be trusted was also on display in The Australian today with side-by-side opinion articles by Mr Andrew Denton and Dr Stephen Parnis. Parnis is a former President of the Victorian Branch of the Australian Medical Association and current AMA National Vice President. Denton is a TV Producer, journalist and former game show host. Each put their case on euthanasia and assisted suicide. No prizes for guessing which side either were on.

Denton’s article took the title: A right to protection from torture and suffering. Dr Rachel Carling-Jenkins MLC explained something of Denton’s modus operandi:

“And above all of this we have behaviour by the likes of Denton and his cohort that reminds me more of the wild-west snake oil salesman than it does of anything else. Theirs is a simple proposition: create fear in people’s minds that some of us will die in significant pain and then offer them a deceptively simple solution – assisted suicide.”

To the point and from Denton’s article:

“Essentially, there are three options: if you are dying and suffering beyond medical relief, it is legal to end your life by committing suicide — guns, ropes, poison, the choice is yours; it is legal to end your life by refusing all medical treatment, food and water, and to die slowly by starvation and dehydration in combination with the effects of your disease; and it is legal for a doctor to slowly put you into a coma — even without your consent — leaving you to die over days or, sometimes, weeks — it’s called “terminal sedation”. “

The entire rant is predicated upon a falsehood: that people will suffer and die ‘beyond medical relief’. Again, as Carling-Jenkins points out, good end-of-life care comes from good palliative care and not via a needle or a suicide pill:

“Associate Professor Ian Haines, medical oncologist and palliative medicine specialist, told another newspaper last year that, as an oncologist with 35 years' full-time experience, “I have seen palliative care reach the point where the terminally ill can die with equal or more dignity than euthanasia will provide.”

NOTE: you can read what Palliative Care Victoria has to say on the matter HERE.

Parnis, contrasts Denton with a reasoned and calm approach focussing, rather on the trust between doctors and their patients and what he sees as a ‘breach of trust’ in the euthanasia and assisted suicide paradigm:

“The relationship between patient and doctor is based on trust.

Patients trust that I will always use my expertise in their best interests. Legalising assisted suicide will fundamentally — and forevermore — breach that trust.

I, and many of my colleagues, cannot accept that the best interests of the patient are ever served by offering them a way to kill themselves.”

He also calls into question priorities that favour the few over the many:

“Surely, as a community, we should ask how we can alleviate that suffering, how we can address our society’s widespread anxiety about death and dying, how to make quality palliative care truly accessible to all, before reaching for the convenient alternative of an assisted exit.

The former takes time and effort. The latter may take only 10 days if the Victorian legislation passes. What does that say about our priorities?

The expert panel says there are 68 safeguards for Victoria’s assisted suicide model. That’s 68 potential areas where things can go wrong — a scary proposition.”

“The community is not adequately aware of what palliative care can do, and its availability in Victoria is patchy at best. The risk is that vulnerable groups — the indigenous, the elderly from non-English speaking backgrounds — will no longer seek palliative care because they will mistakenly fear it hastening their death, and so will miss out on its benefits.”

Denton moves into high-dudgeon mode, sounding more like Dennis Denuto in the film: The Castle than a reasoned proponent of sensible argument:

It’s about a right to ask for help if you are dying and beyond meaningful medical relief.

Torture and cruel, inhuman or degrading treatment are significant issues. They don’t apply here. In all of these there is an intention to inflict pain and suffering. Doctors don’t do that. This is nonsense.

Parnis closes with a sentiment that I have heard time and time again from Palliative Care people across this country and across the globe:

That is perhaps the greatest tragedy of the debate: assisted suicide and euthanasia, which may affect a few hundred people, is sucking oxygen and effort from a better palliative care system that would benefit tens of thousands of Victorians a year.

So, who will you trust?