Whose voices have been silenced in the euthanasia debate? 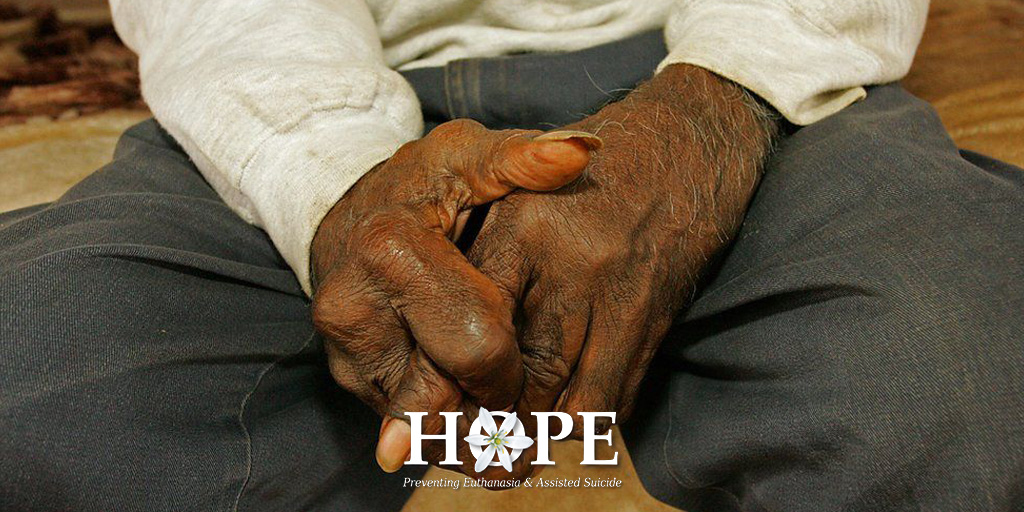 As New Zealanders prepare to go to the polls in September on whether to legalise assisted suicide in their country, one commentator has observed that, besides the fact that the law lacks the necessary detail for voters to make a fully informed decision, a significant issue is the fact that the voices of the Maori and Pasifika populations have been “notably absent” from the debate.

Similarly, in Western Australian last year, during the debate about their own euthanasia legislation, the voices of Indigenous Australians were largely ignored by the parliament. Despite calls from Indigenous leaders for genuine consultation with Aboriginal people, and even a motion put forward by one Member of the Legislative Council to refer the legislation to a committee to look into the impact of the laws on indigenous populations, the issue was given lip service at best by members of parliament. The motion was rejected by the Legislative Council, who dismissed the call and framed it as a “delaying tactic” that would only get in the way of the legislation passing and West Australians finally getting access to state sanctioned suicide.

Why is it important to take into account, the voices of, for example, Indigenous Australians?

When the Rights of the Terminally Ill Act 1995 (“ROTI”) came into force in the Northern Territory, the government commissioned a journalist and researcher Chips Mackinolty to “educate” Indigenous Territorians about the legislation, and also record their views about the laws. Mr Mackinolty was well-placed to engage in such dialogue with Aboriginal people, having himself worked with Aboriginal people for 25 years in four states, including 16 in the Northern Territory.

His consultation was extensive. He conducted 21 community meetings across the Territory with 900 Aboriginal people from approximately 100 communities. Men and women met separately and interpreters were used at each meeting.

The results were overwhelming. Only 2 of the 900 participants expressed a view supporting the legislation.  His consultations with members of the communities lay bare Aboriginal ways of seeing the world and consequently the real risk that euthanasia laws pose to First Nations.  He came to a deeper understanding of what impact such laws would have on them, based on their spirituality and ways of seeing the world around them.

This led Mr Mackinolty to conclude that the legislation created a very high risk to the health and wellbeing of Aboriginal Territorians:

“Whether the legislation is good or bad for us, as whitefellas within our own cosmology, is immaterial. I believe the very existence of the legislation poses an unacceptable risk to the health of Aboriginal Territorians who may delay or refuse to access health care because of fears they have of the legislation. Those fears are deeply embedded in Aboriginal world views. Put simply, it has the potential to lead to premature deaths amongst a group of people whose life expectancy is already unacceptably low.”

In particular, he observed that it was the individualistic, autonomy based philosophy underpinning euthanasia laws that was most at odds with Aboriginal law and way of life:

“…one of the great ironies of the ROTI legislation is that while its original drafting and subsequent amendments were designed to maximise and protect the role of the individual in the equation – it is this aspect of the legislation which most clearly transgresses and offends against Aboriginal ideas about civil society, which is collectivist in nature.”

He concludes that the debate about euthanasia in the Northern Territory was entirely based on Western ethical/moral arguments, and centred solely on a Western worldview. The Aboriginal worldview was consequently ignored.

In last year’s WA debate, where was similar extensive consultation undertaken by the government? Why was the work done by Mr Mackinolty in terms of genuine consultation with Indigenous Australians not taken into account?

Maybe because in Australia, once again, the demands of a very loud and powerful sector of society is trampling roughshod over the concerns of Indigenous Australians, and other minority groups, whose voices are conveniently being sideline in this debate.

We can do much better as a nation.

Say no to euthanasia and assisted suicide.